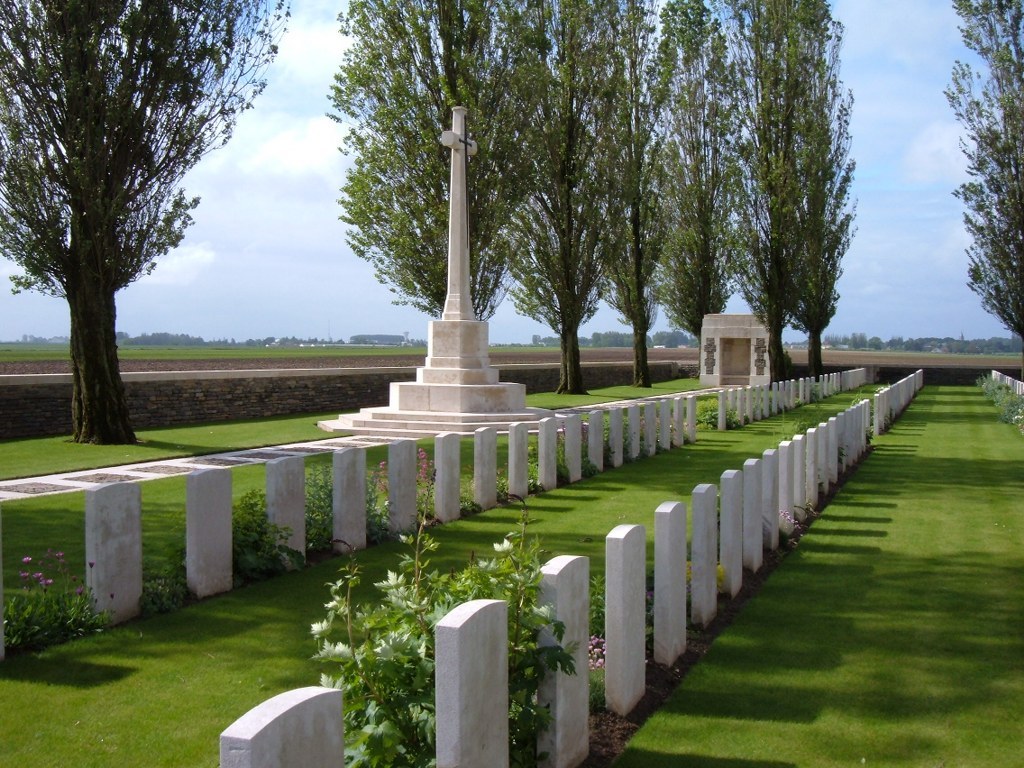 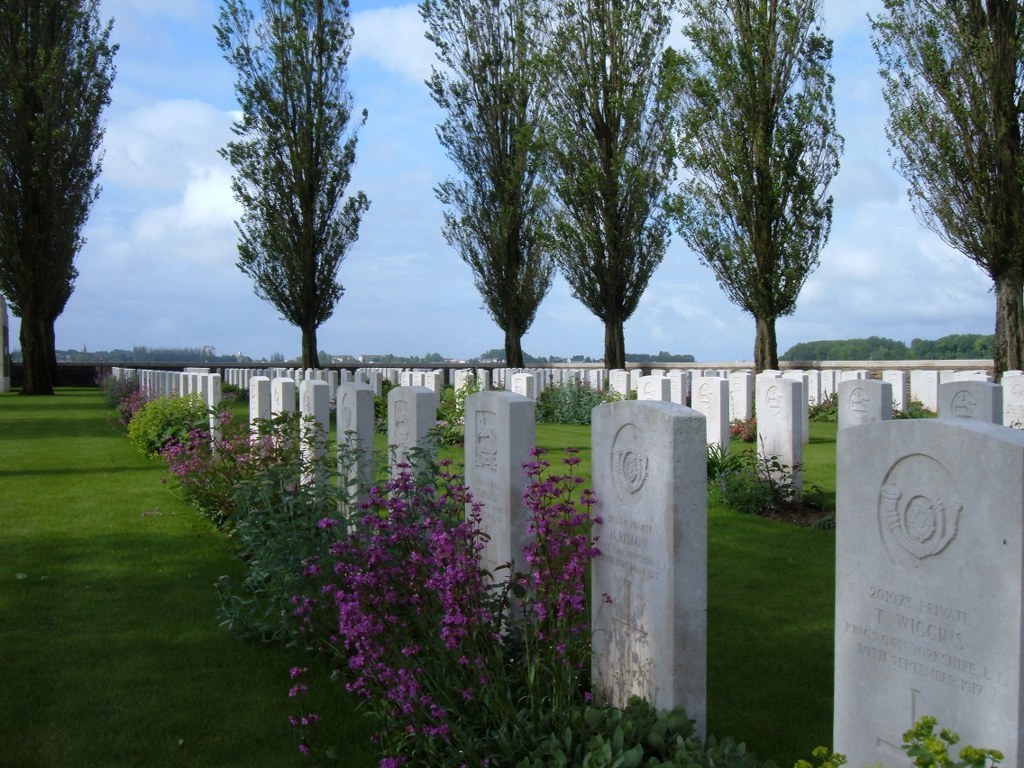 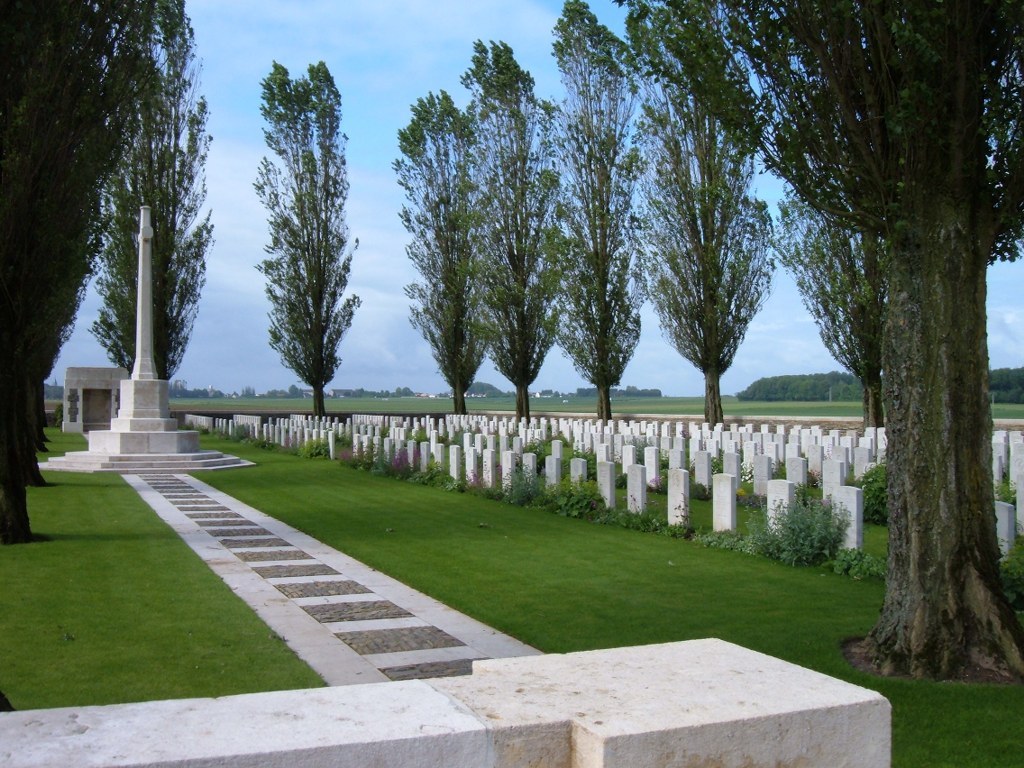 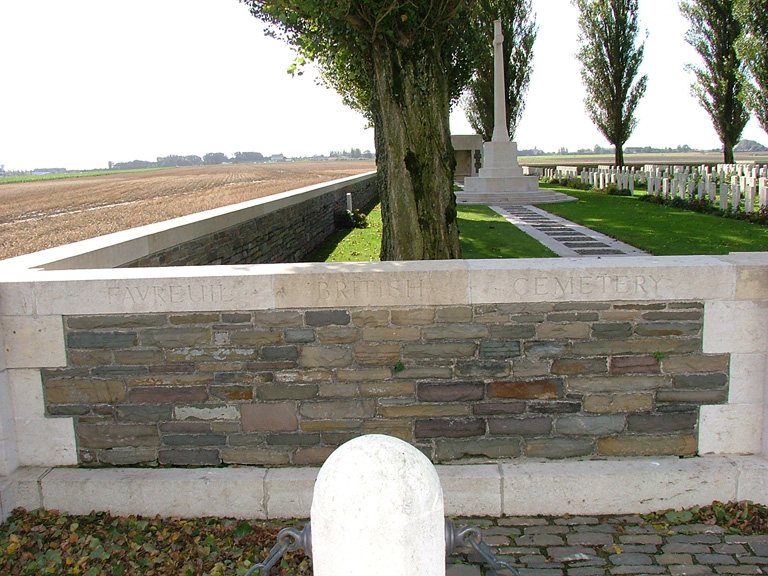 Favreuil is a village in the Department of the Pas-de-Calais about 2 kilometres north of Bapaume. From Bapaume take the road to Douai (D956) and continue for 2.5 kilometres. Turn left onto the D10E and continue for 350 metres. Favreuil British Cemetery will be found on the left hand side and is visible from the road.

Favreuil village was occupied by British troops in March, 1917, lost in March, 1918, and retaken by the 37th and New Zealand Divisions on the 25th August. The cemetery was begun in April, 1917, and used until March, 1918, by fighting units (particularly of the 62nd (West Riding) Division) and Field Ambulances. Further burials were made in August and September, 1918, and after the Armistice British graves were brought in from the neighbouring battlefields and other burial grounds, including:- BEAULENCOURT CHURCHYARD GERMAN EXTENSION, in which three South African soldiers and two from the United Kingdom were buried in July, 1916. BEUGNY GERMAN CEMETERY No.3 (adjoining the present Red Cross Corner Cemetery), in which 350 German soldiers, eight from the United Kingdom and one from New Zealand were buried. VELU CHURCHYARD, which contained the graves of 39 German soldiers and five from the United Kingdom. There are now nearly 400, 1914-18 war casualties commemorated in this site. Of these, over ten are unidentified and special memorials are erected to four soldiers from the United Kingdom known or believed to be buried among them. Another special memorial records the name of a soldier from the United Kingdom, buried in Favreuil German Cemetery, whose grave could not be found. The bodies of 484 German soldiers were removed after the Armistice from a German Cemetery of 1918 on the North-West side, and 45 from the British Cemetery. The cemetery covers an area of 1,983 square metres and is enclosed by a rubble wall.