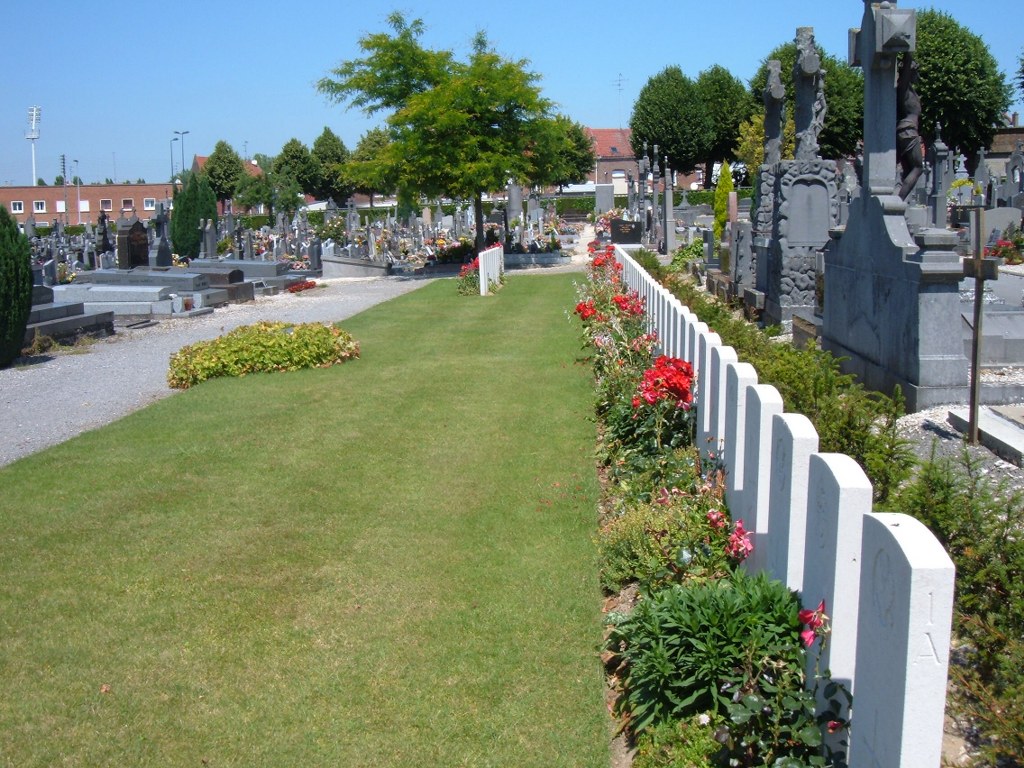 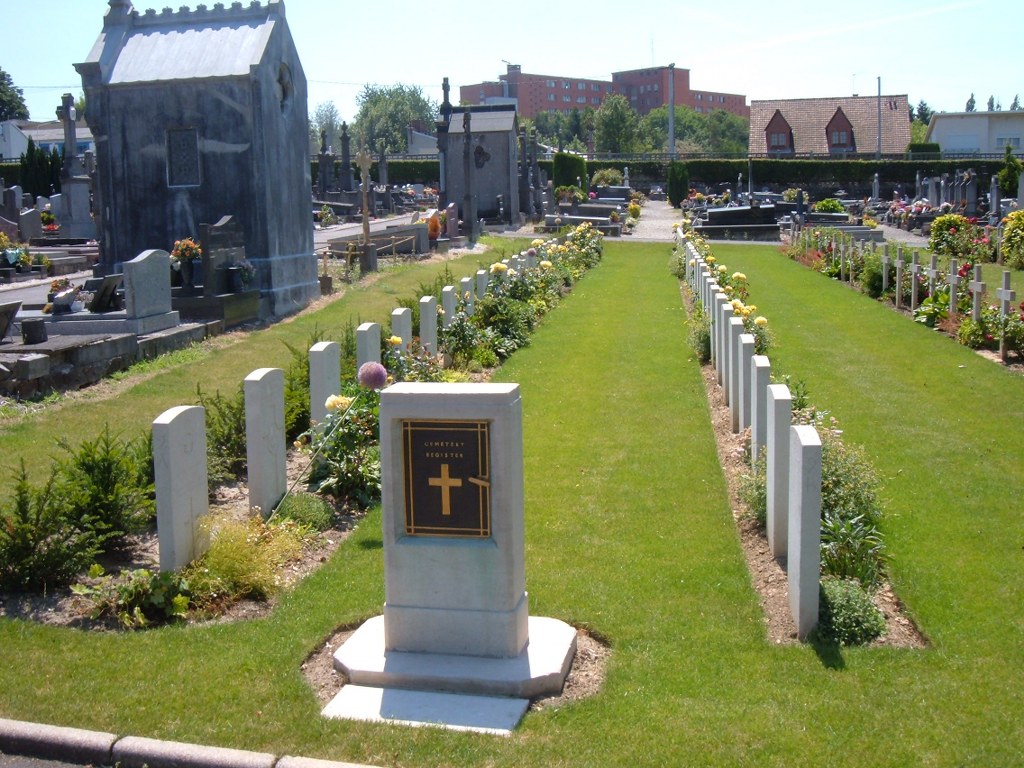 Cambrai is a town about 32 kilometres south-east of Arras on the main straigh road to Le Cateau. The Cemetery stands in the south-west outskirts of the town near the old gate on the road to Paris, the N44.

Cambrai was occupied by the Germans on the 26th August 1914 and in spite of the early British successes in the Battle of Cambrai 1917, it was not captured until the 8th October 1918. It was heavily mined before its evacuation by the Germans, and left in a largely ruined condition after the War. Porte-de-Paris Cemetery is the more modern of the two town cemeteries. A great part of it was used by the enemy for the burial of German and Allied dead during the War, and a large German obelisk was erected. It contained at one time German burials, French, Russian, Rumanian and Belgian. The German graves, however, were removed after the Armistice, and the British graves were regrouped in two Plots on either side of the local War Memorial, near the middle of the cemetery. The body of a New Zealand officer, originally buried at St. Olle, was reburied in a grave by itself on the North side of the cemetery. There are now over 100, 1914-18 war casualties commemorated in this site. Of these, a small number are unidentified.