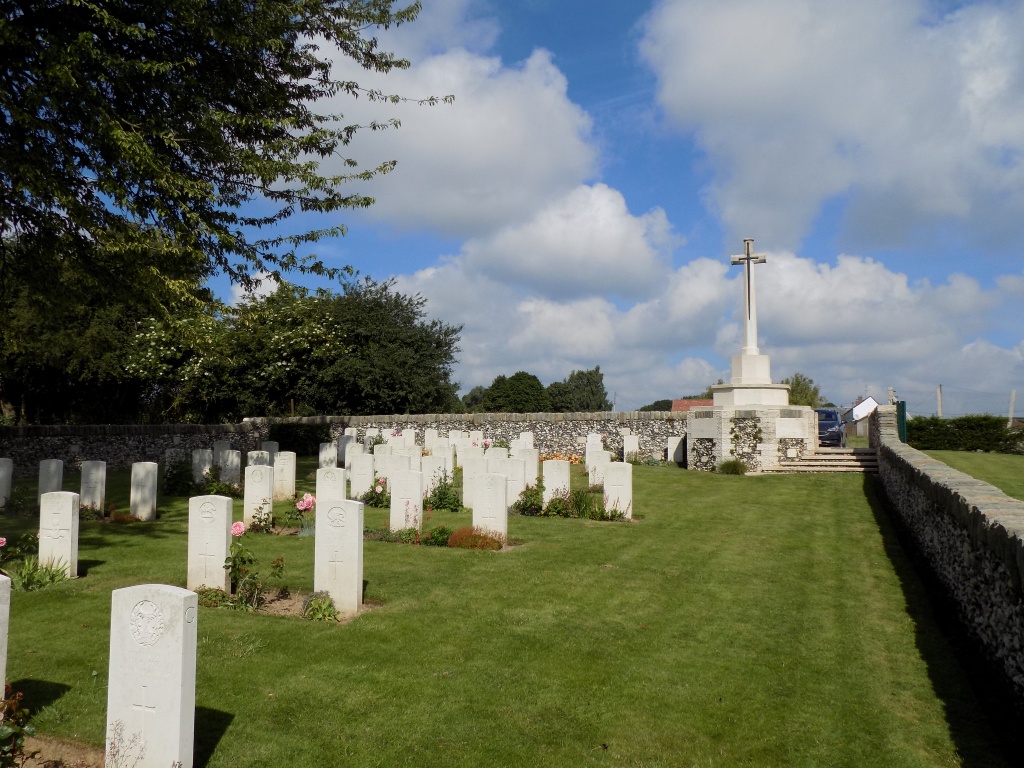 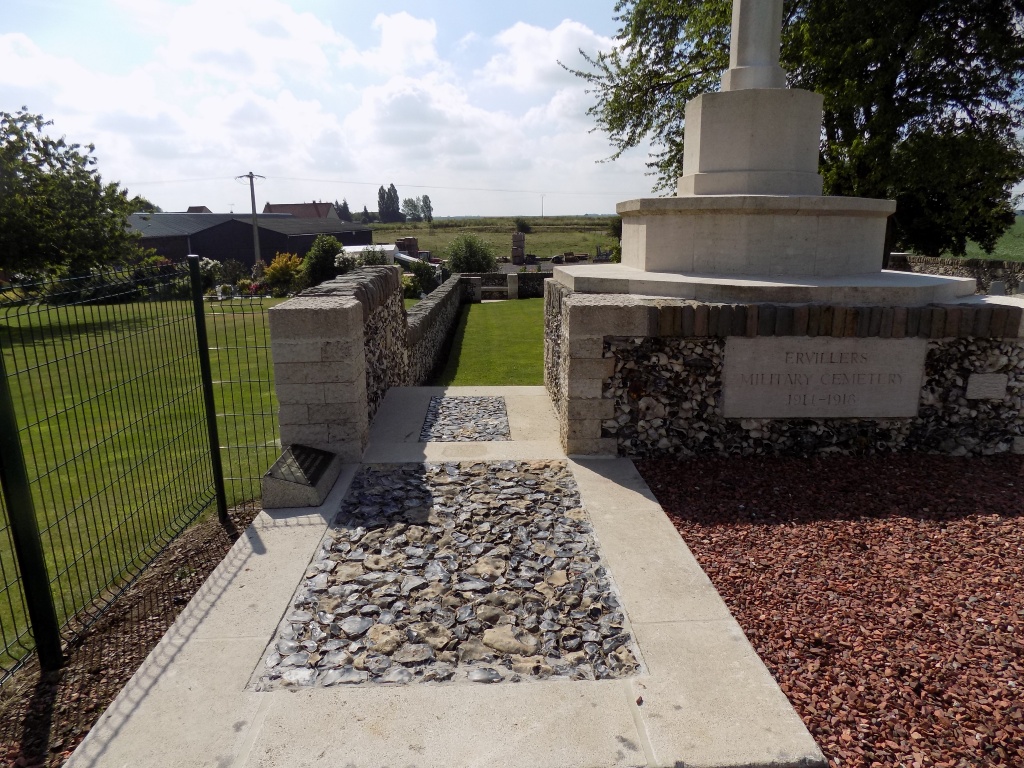 Ervillers is a village in the Department of the Pas-de-Calais, between Arras and Bapaume, almost midway between Mory and Courcelles-le-Comte. The cemetery lies on the south-west side on the Rue de L'Eglise.

Ervillers was occupied by Commonwealth troops in March 1917, evacuated a year later after an obstinate defence by the 42nd (East Lancashire) Division, and retaken by the 2nd Division on the following 23 August.

Two cemeteries were made by the German forces at Ervillers. The first, which is the present Military Cemetery, contained the graves of some Commonwealth prisoners and was carried on by Commonwealth troops in 1917. The second, begun in the garden of the Mayor's house in March 1918, has been removed.

Ervillers Military Cemetery now contains 67 Commonwealth burials of the First World War, 15 of them unidentified. Over 100 German graves were removed after the Armistice.