"Unfortunately, Morlancourt British Cemetery No. 1 suffered some damage due to recent flooding. The affected areas will be resewn over the summer period.

Please note that the register box at this cemetery also suffered some damage. A replacement has been ordered and will be installed as soon as possible. We apologise for any inconvenience." 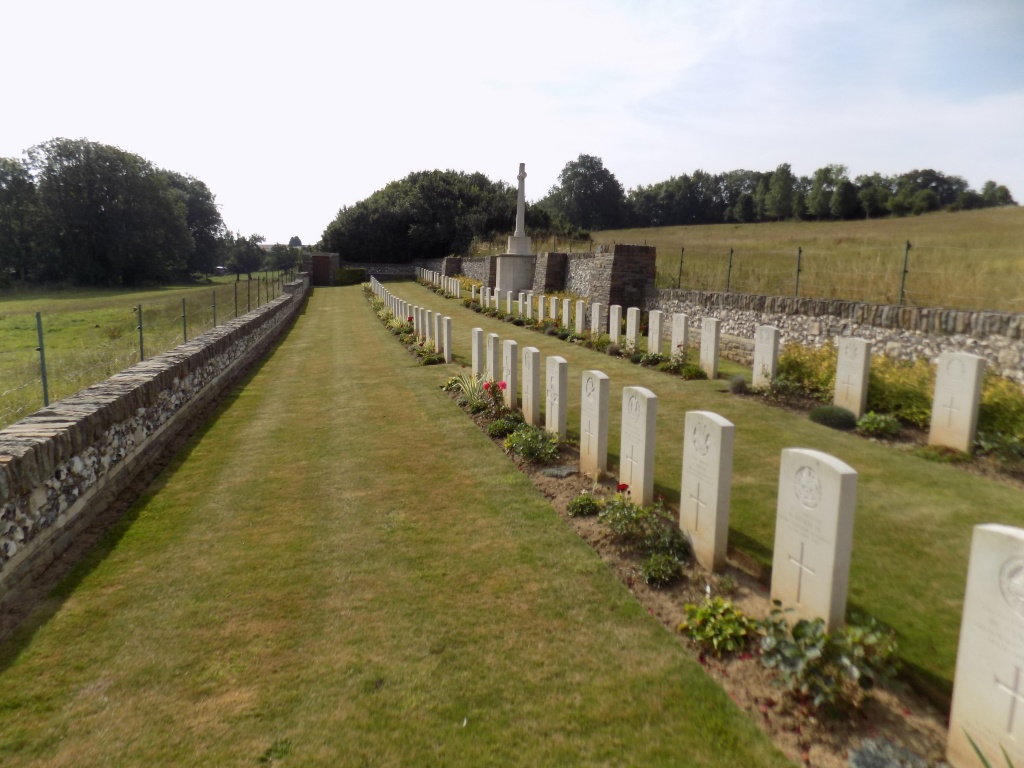 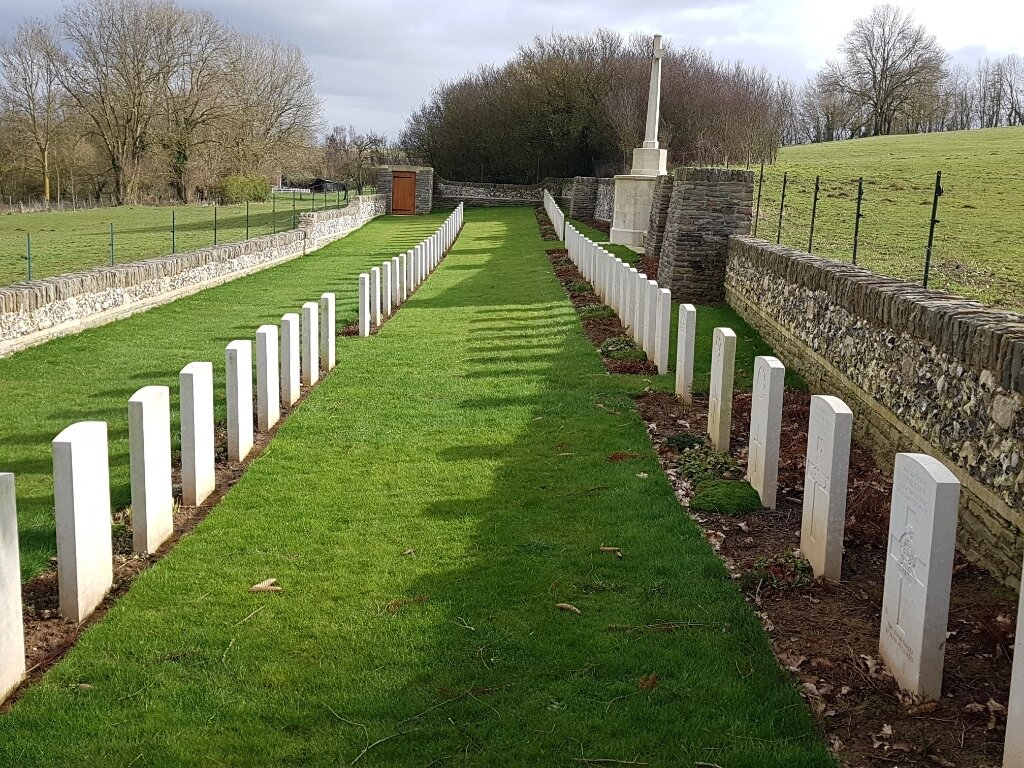 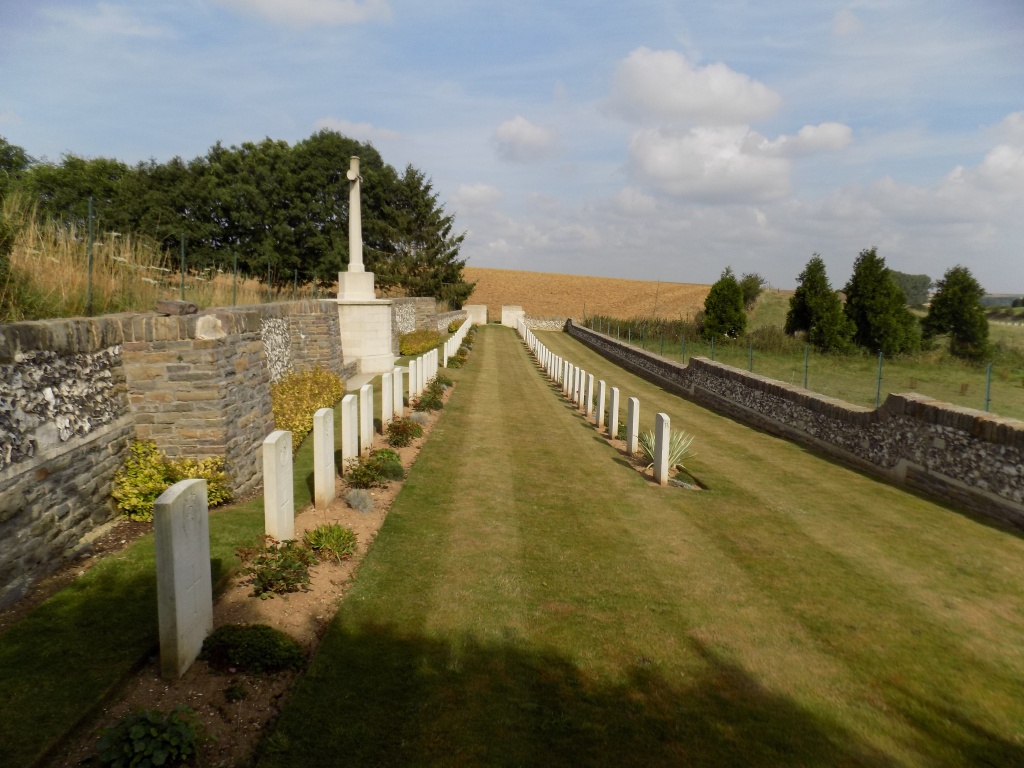 Morlancourt is a village approximately 6.5 kilometres south of Albert. Morlancourt British Cemetery No.1 (called for some years Morlancourt Military Cemetery) is on the west side of the village, near the road to Ville-sur-Ancre.

The village of Morlancourt was a quiet place used by field ambulances in 1916, but at the end of March 1918, it was captured by the German forces. Local operations in May and June brought the Allied line nearer to it, but the village remained in German hands until 9 August, when it was taken by the 1/1st Cambridgeshire Regiment and tanks.

Morlancourt British Cemetery No. 1 was made by field ambulances in June and July 1916. One grave of September 1915 was brought in from Morlancourt Communal Cemetery in 1926.