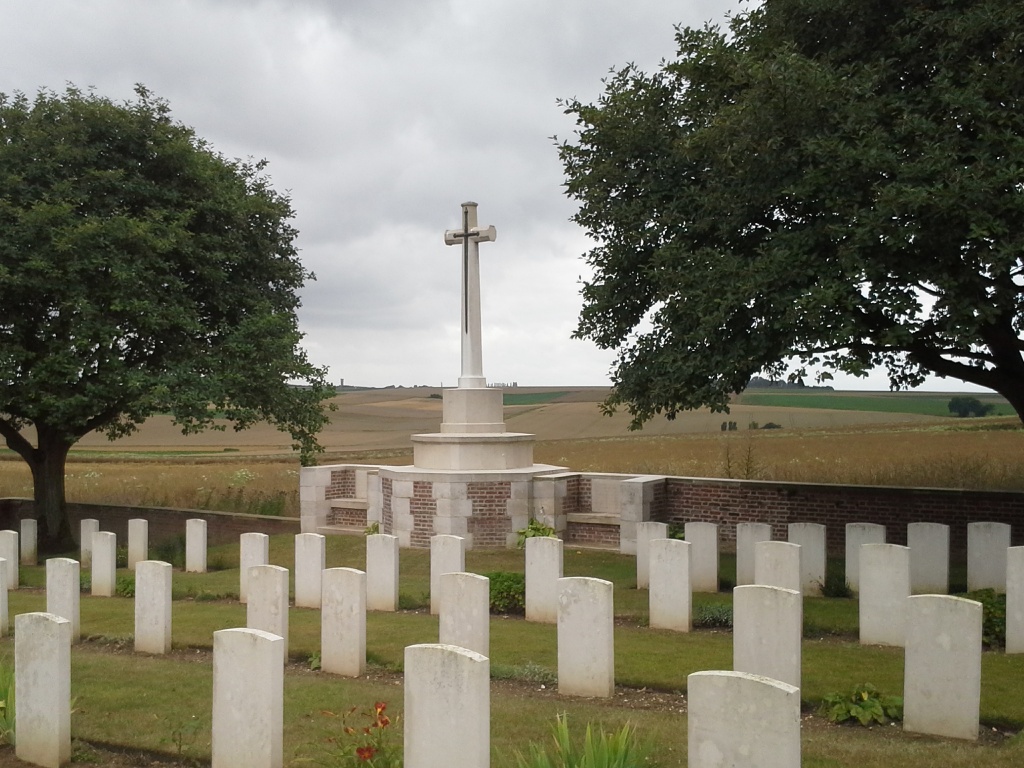 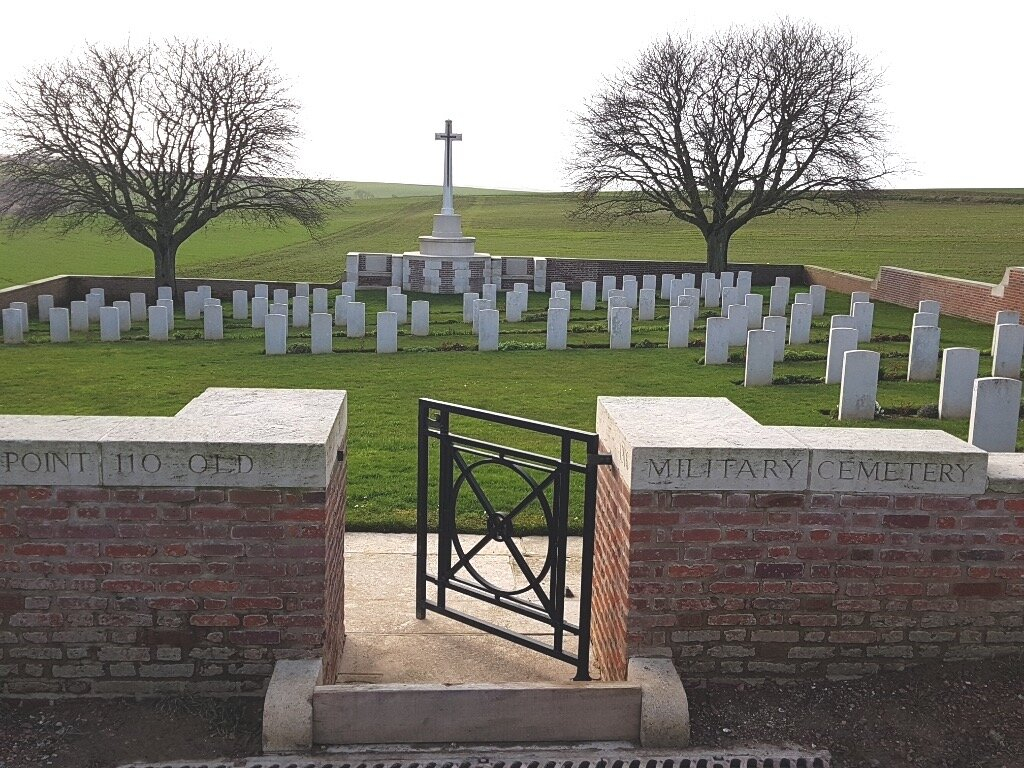 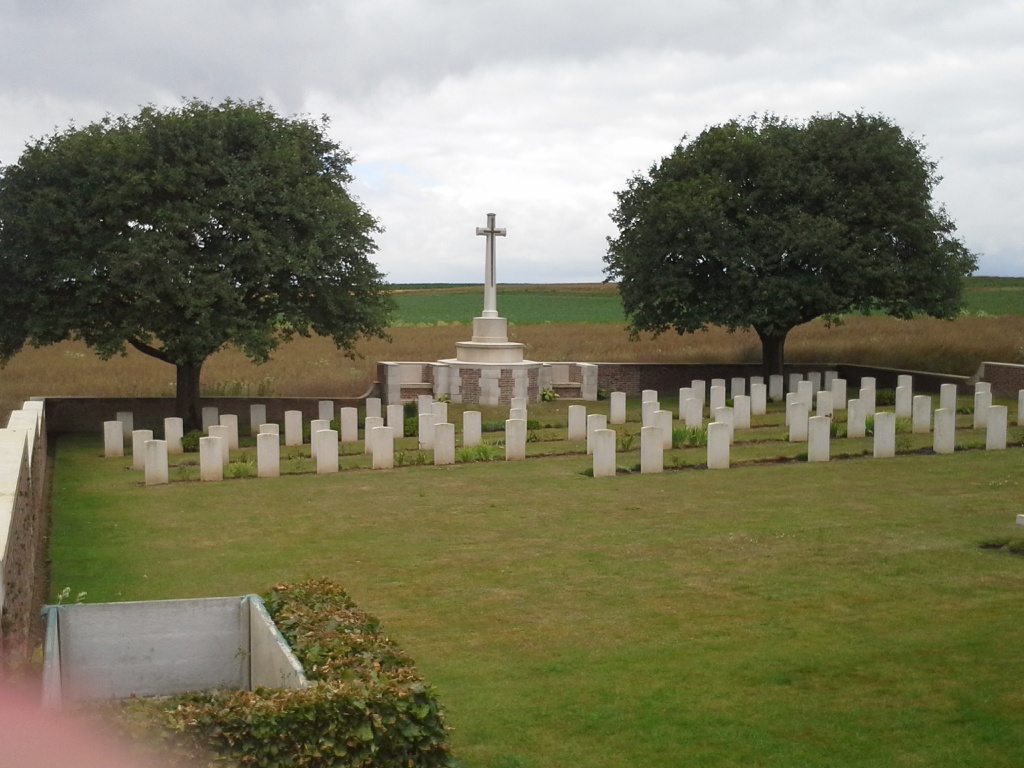 Fricourt is a village in the Department of the Somme 5 kilometres east of Albert. The Cemetery is about 1 kilometre south of Fricourt on a track running between the roads from Fricourt and Mametz to Bray. Both the new and the old cemeteries are near the side of the track, the old being 230 metres north of the new.

Access to the cemetery is along a rough track which may be difficult under bad weather conditions. The track starts in tarmac and finishes with gravel, so it is possible to access the cemetery by car if you drive slowly and care is taken. Wheelchair access with some difficulty. For further information regarding wheelchair access, please contact our Enquiries Section on 01628 507200.

Fricourt village was captured by the 17th Division on 2 July 1916, but the southern part of the commune, in which this cemetery is situated, was already in Allied hands. Point 110 Old Military Cemetery was begun by French troops in February 1915 and continued by the 1st Dorsets and other Commonwealth units from August 1915 to September 1916. The cemetery was named from the contour on the map; before September 1916 it was called King George's Hill. Point 10 Old Military Cemetery contains 100 Commonwealth burials of the First World War, three of which are unidentified. The French graves were later removed to the French national cemetery at Albert.