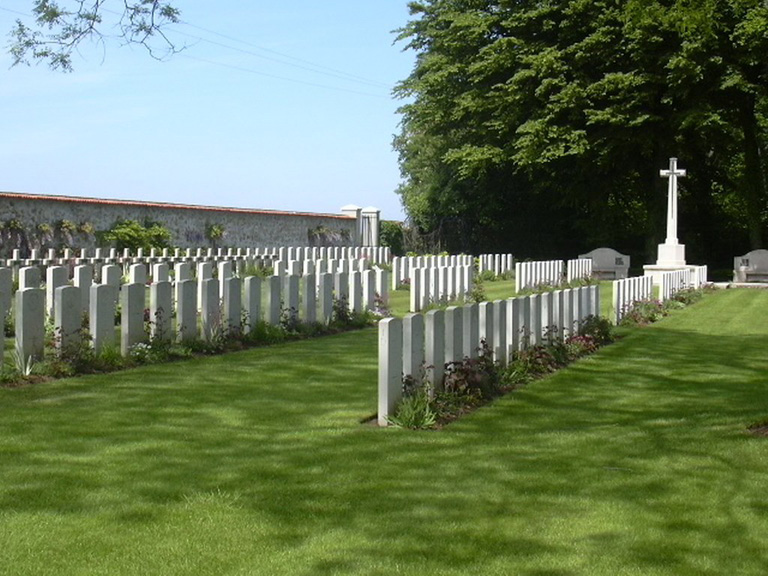 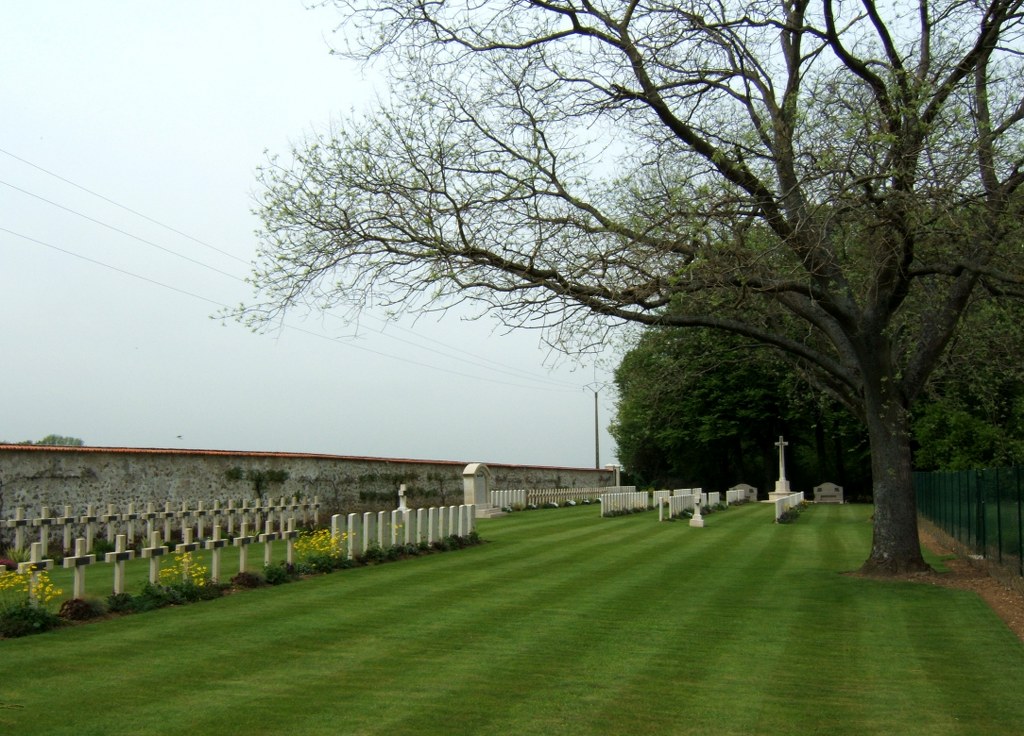 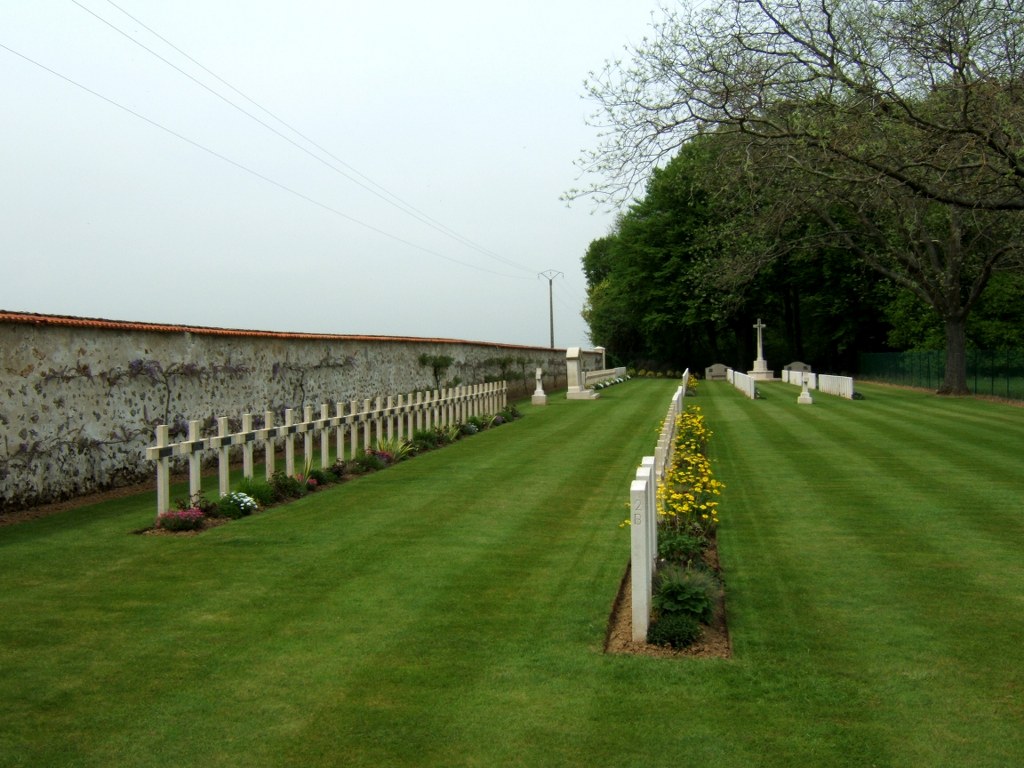 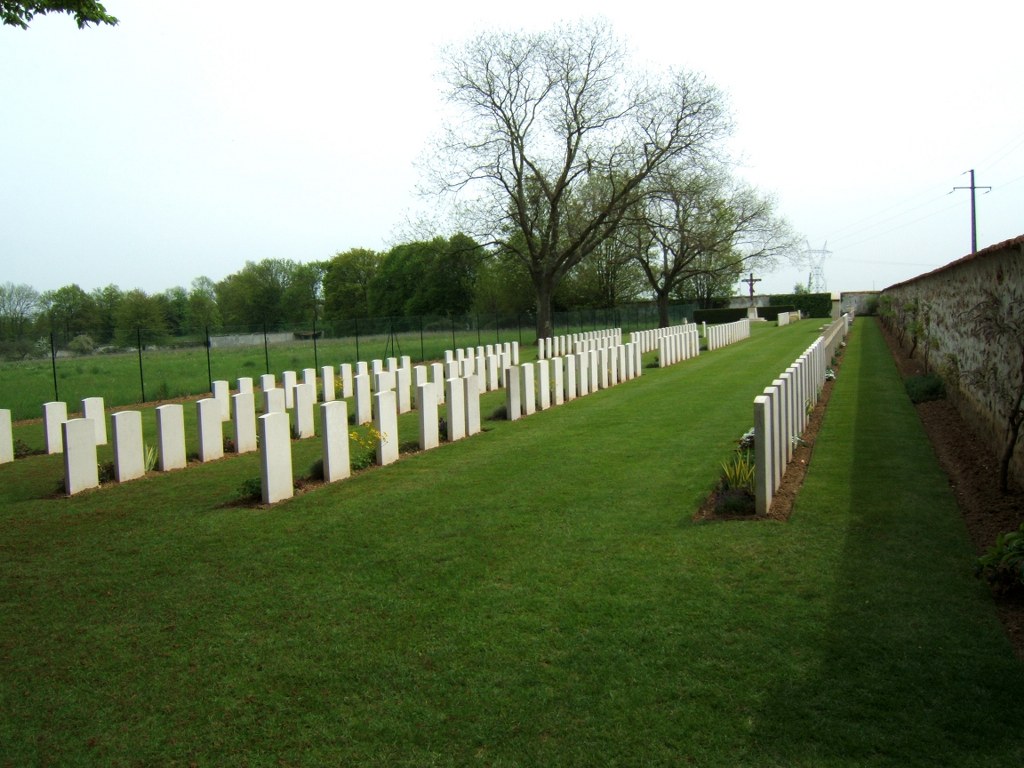 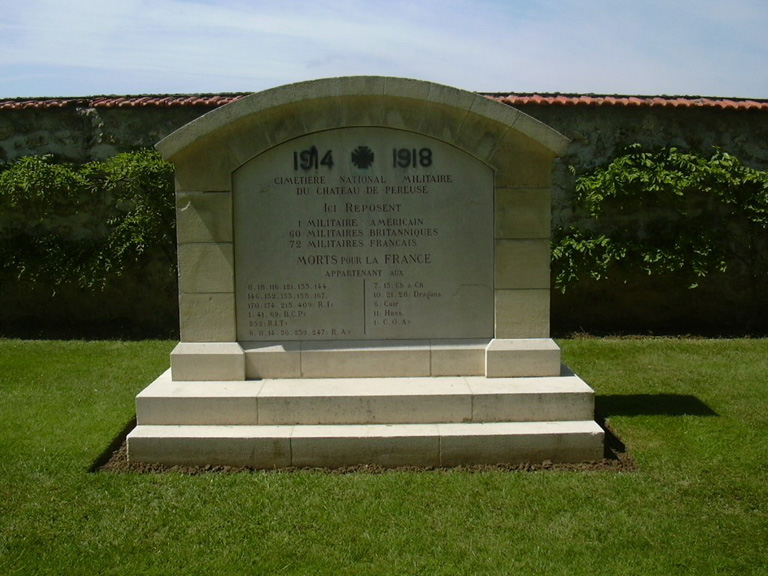 This cemetery is situated within the grounds of the Chateau of Perreuse, Signy Pereuse, a hamlet of Signy-Signets, which is 7 kilometres south-west of the town of La Ferte Sous-Jouarre, and 60 kilometres east of Paris. Taking the Paris-Reims motorway (A4), leave at Junction 19, marked "La Ferte Sous-Jouarre/Montreuil Aux Lions". Turn first right and after 1 kilometre turn right again onto the N3 road. Following the signs for La Ferte Sous-Jourre, pass through the village of Becart and follow the signs for "Centre Ville": crossing over the River Marne with the two Royal Engineer Memorials on the right of the bridge, and the Memorial to The Missing on the left (approximately 9 kilometres from the motorway). At the roundabout in front of the Memorial, turn right towards Meaux and then first left onto the D402, towards the town of "Jouarre". Take the second right turn (at the first CWGC road sign) and then turn right again along the D114P (at the second CWGC road sign) towards Signy-Signets. Pass through the village of Les Corbiers and turn left (at the third CWGC road sign), and then take the first right turn (fourth CWGC road sign) and follow this road for 500 metres until you arrive at the fifth CWGC road sign, which is pointing down a track to the left of the road. The cemetery is situated at the end of this track (300 metres) on the left hand side.

The Chateau was used by French medical units throughout the First World War and the site of the cemetery was presented by the owner, Mme. Dumez, to the French Government. The cemetery contains 150 Commonwealth burials of the First World War, 24 of them unidentified, and all brought in from the surrounding battlefields. There are also 16 Second World War burials, most of them airmen, brought in from the following cemeteries:- FAINS-LES-SOURCES CEMETERY, Meuse: 4 R.A.F., 2 R.N.Z.A.F. and 1 R.A.A.F. casualties in 1961. FAUY VILLECERT COMMUNAL CEMETERY, Meuse: 5 R.A.F. casualties. MONTIGNY-LE-FRANC CHURCHYARD, Aisne: 2 R.C.A.F. casualties. ST. AUBIN CHATEAU-NEUF COMMUNAL CEMETERY, Yonne: 1 British Army casualty.