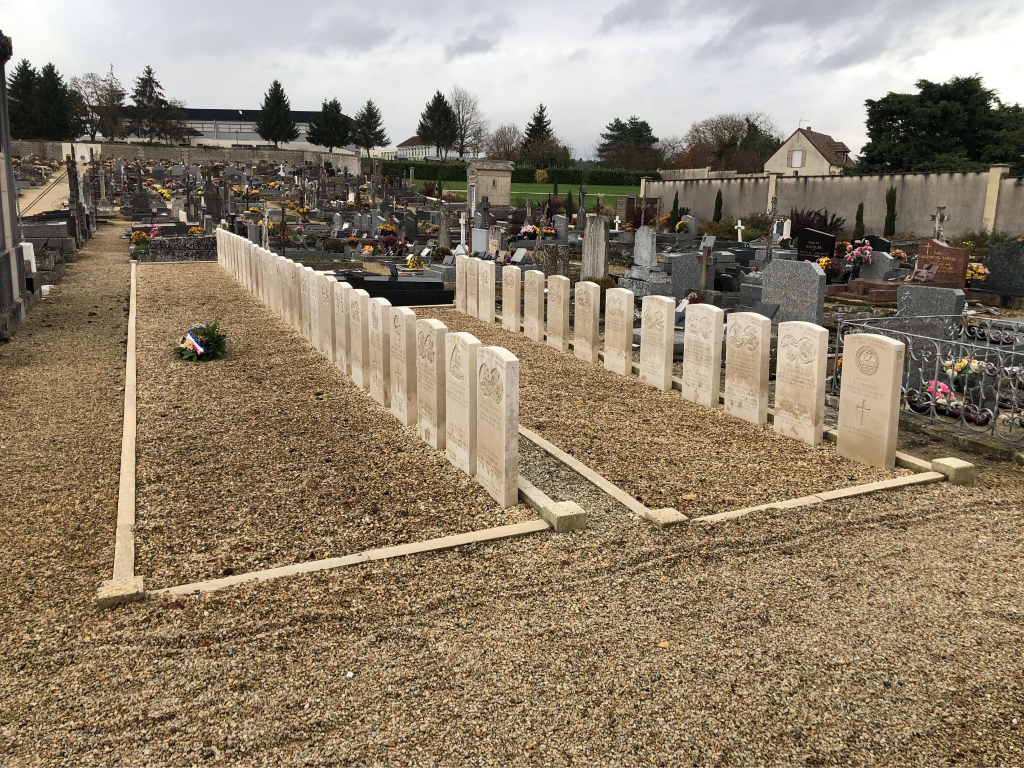 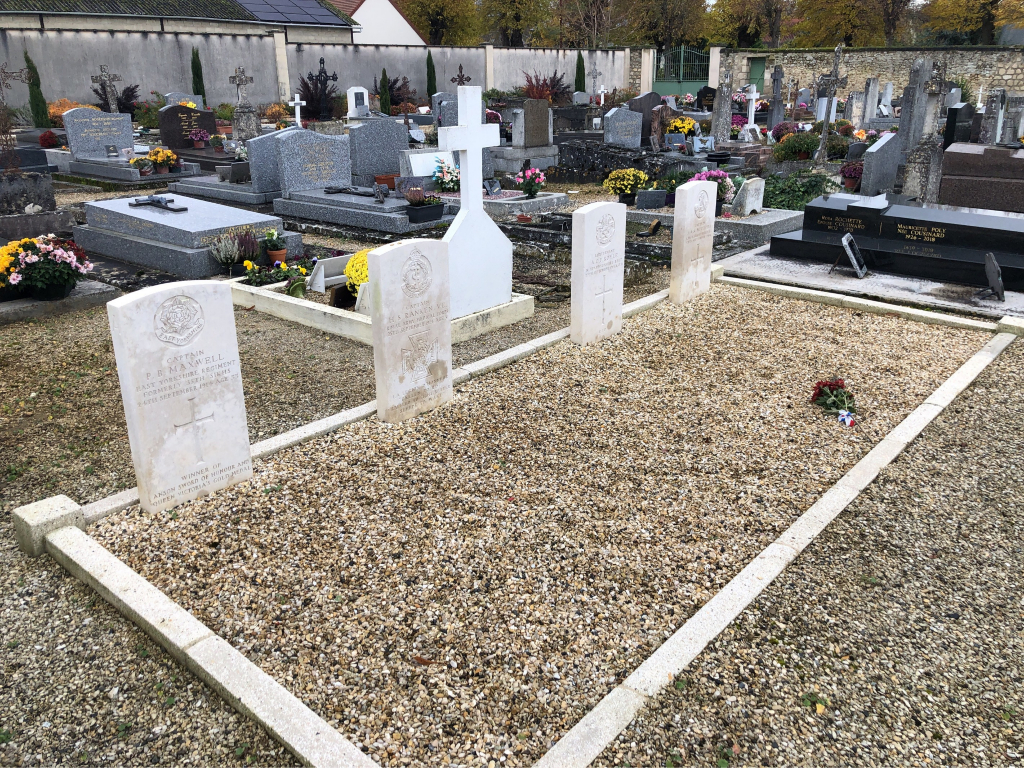 Braine is a small town 18 kilometres east of Soisson and 9 kilometres south of Vailly-sur-Aisne, and the Communal Cemetery is located on the north side of the town. The town of Braine can be reached from the direction of Vailly-sur-Aisne via the D14. Following the D14 will take you through the village of Chassemy. After several kilometres of scenic road the town of Braine can be seen. On arriving at Braine, via the street called Avenue Du President JF Kennedy, turn left onto the D1320, Boulevard Des Danois. After 300 metres the cemetery will be found on the left side of the road. Within the cemetery the Commonwealth War Graves Plot will be found at the front right side of the cemetery.

Braine was captured by dismounted units of the 1st Cavalry Brigade on 12 September 1914 and No. 5. Casualty Clearing Station was then posted in the town. It was retaken by the Germans on 28 May 1918 and recovered in the following July.

Braine Communal Cemetery contains 78 Commonwealth burials and commemorations of the First World War, all dating from September and October 1914. 68 of the casualties are named on special memorials because the exact positions of their graves in the Commonwealth plot are not known.