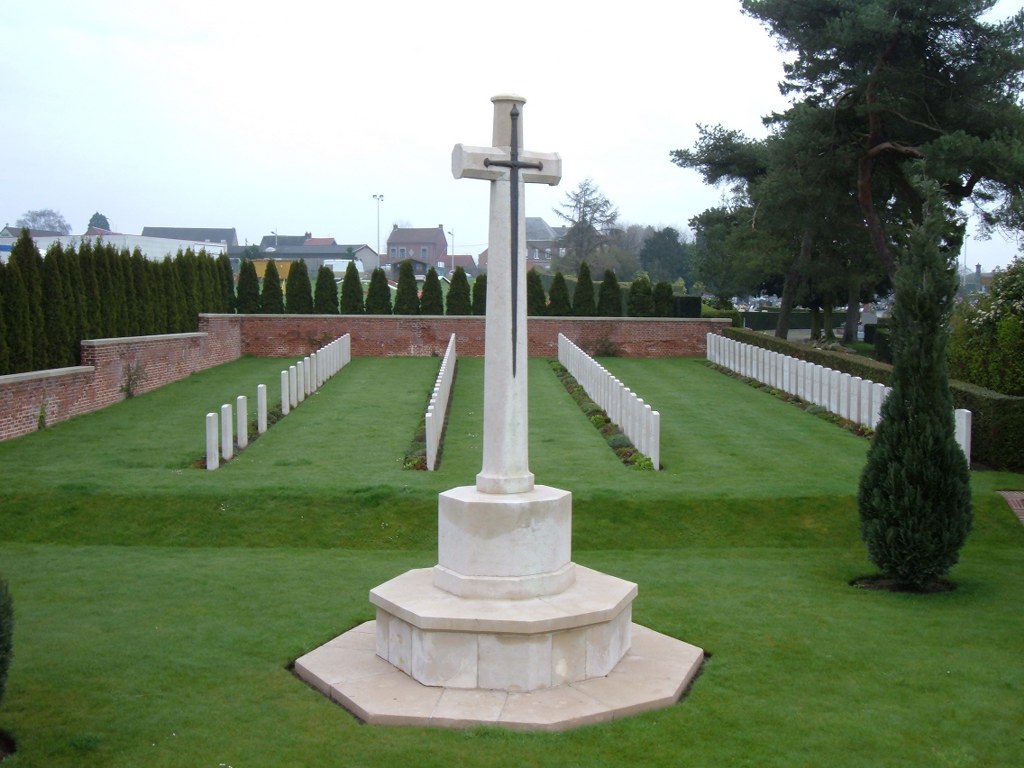 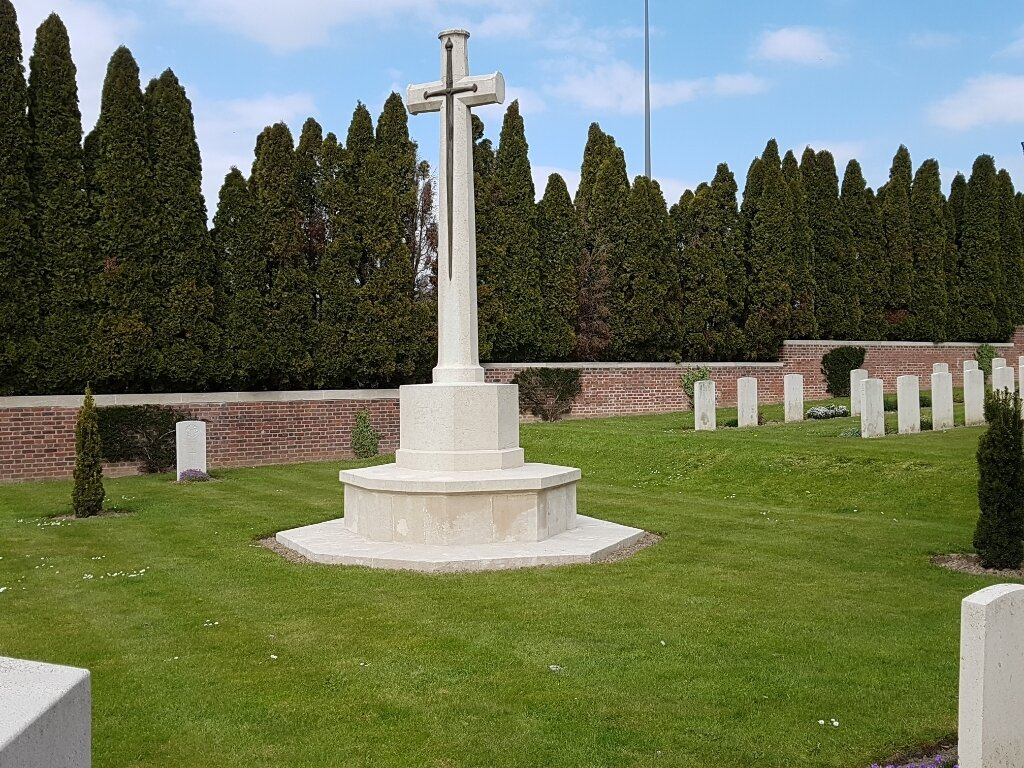 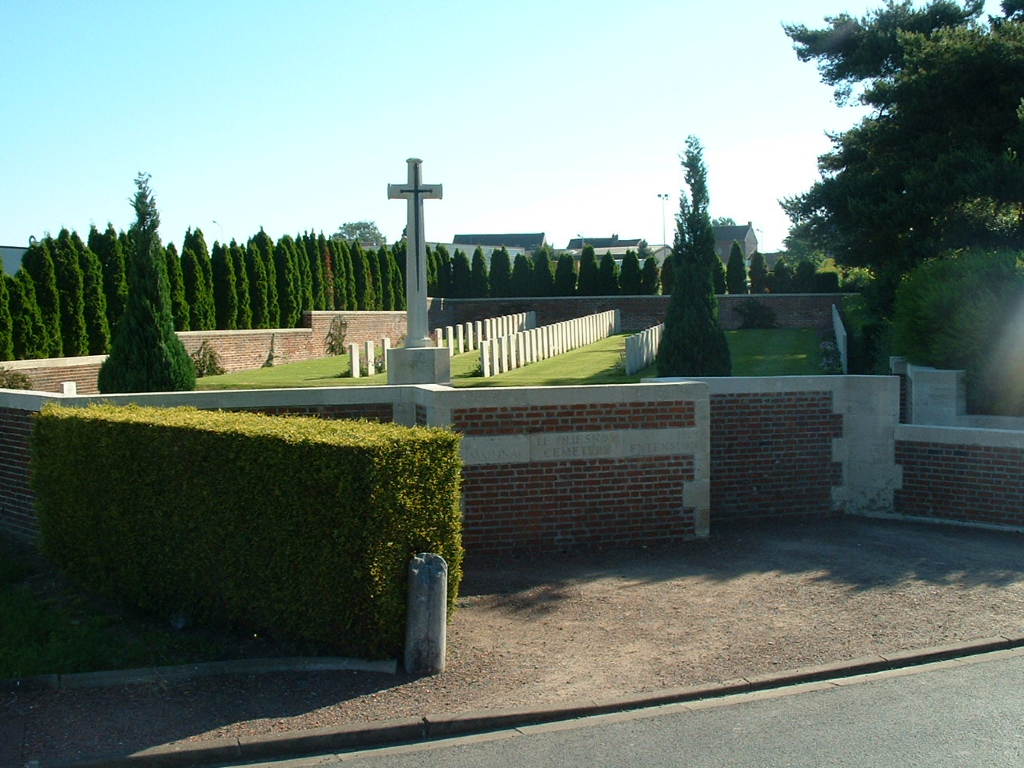 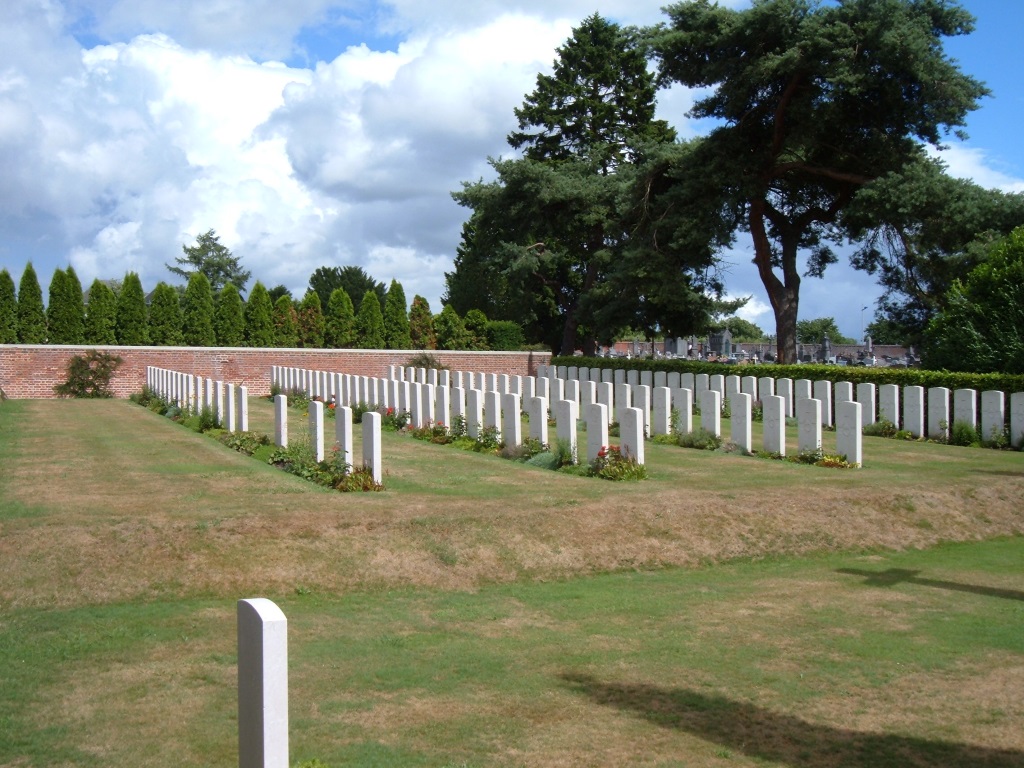 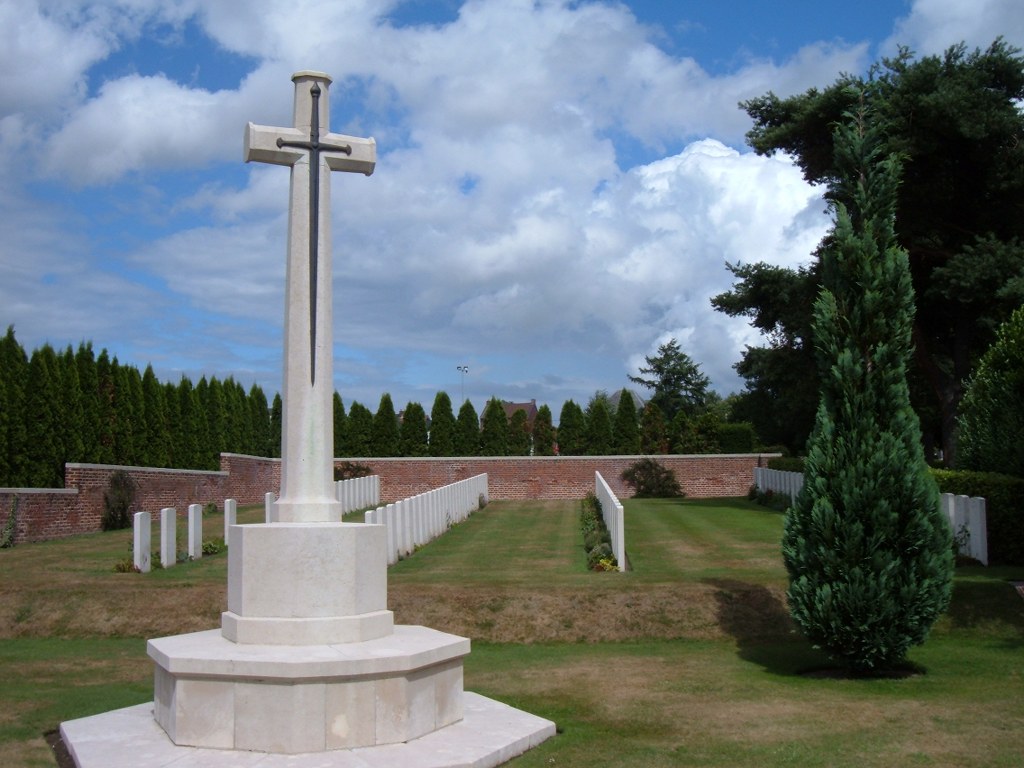 Le Quesnoy is an old town in the Department of the Nord, 15 kilometres south-east of Valenciennes on the road to Le Cateau and Avesnes.

Le Quesnoy was captured by the New Zealand Division, without bombardment, on the 4th November, 1918; and a sculptured panel let into the town wall, linked with the Place d'Armes by a memorial avenue, recalls this exploit. The Cemetery Extension adjoins that part of the Communal Cemetery where the British graves are placed. It was begun by the New Zealand Division after the capture of the town, and used later by the 3rd Canadian Casualty Clearing Station. Twenty-four graves were brought in from the German Extension. There are now over 100, 1914-18 and a small number of 1939-45 war casualties commemorated in this site. Of these, over 10 from the 1914-18 War are unidentified and special memorials are erected to 19 soldiers from the United Kingdom who died as Prisoners of War, of whom ten are buried here and nine at VALENCIENNES COMMUNAL CEMETERY, none of whom could be individually identified, hence all are commemorated at both sites. Another Special Memorial is erected to one United Kingdom soldier, buried in MECQUIGNIES GERMAN CEMETERY, whose grave could not be found. The Extension covers an area of 560 square metres.