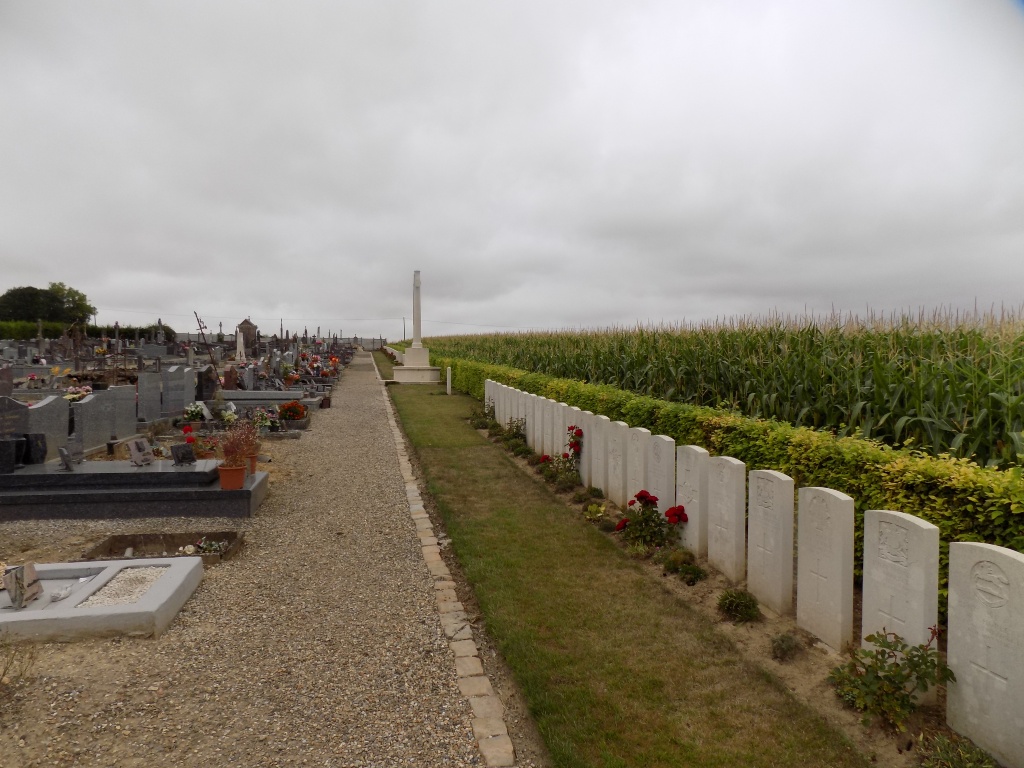 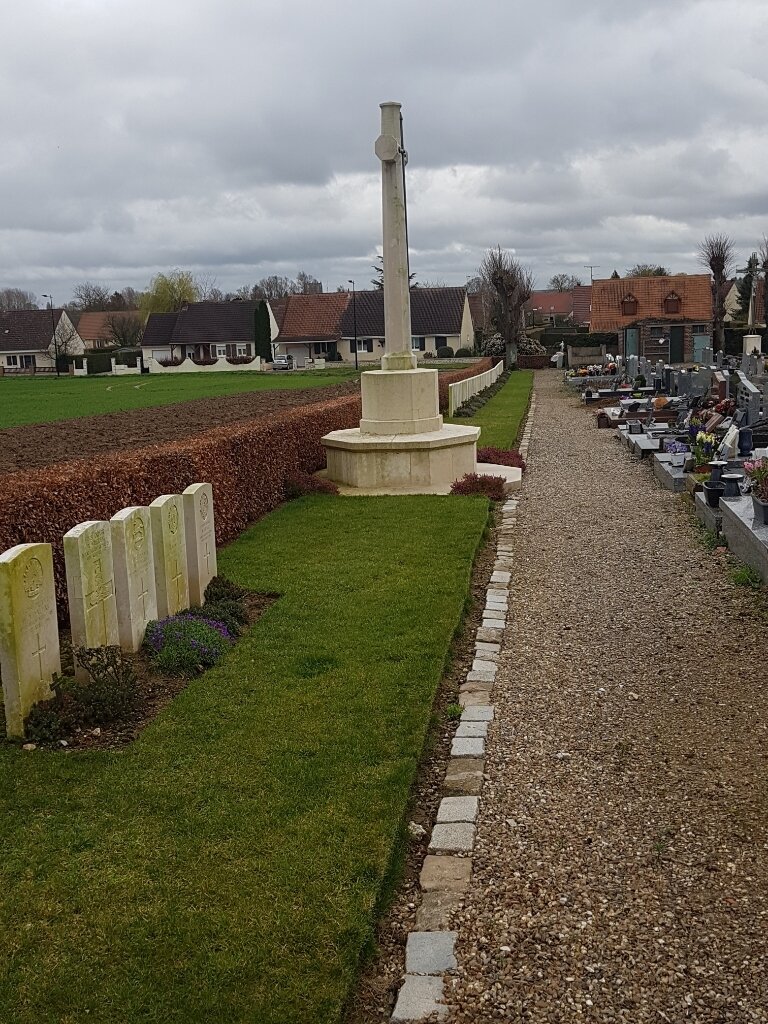 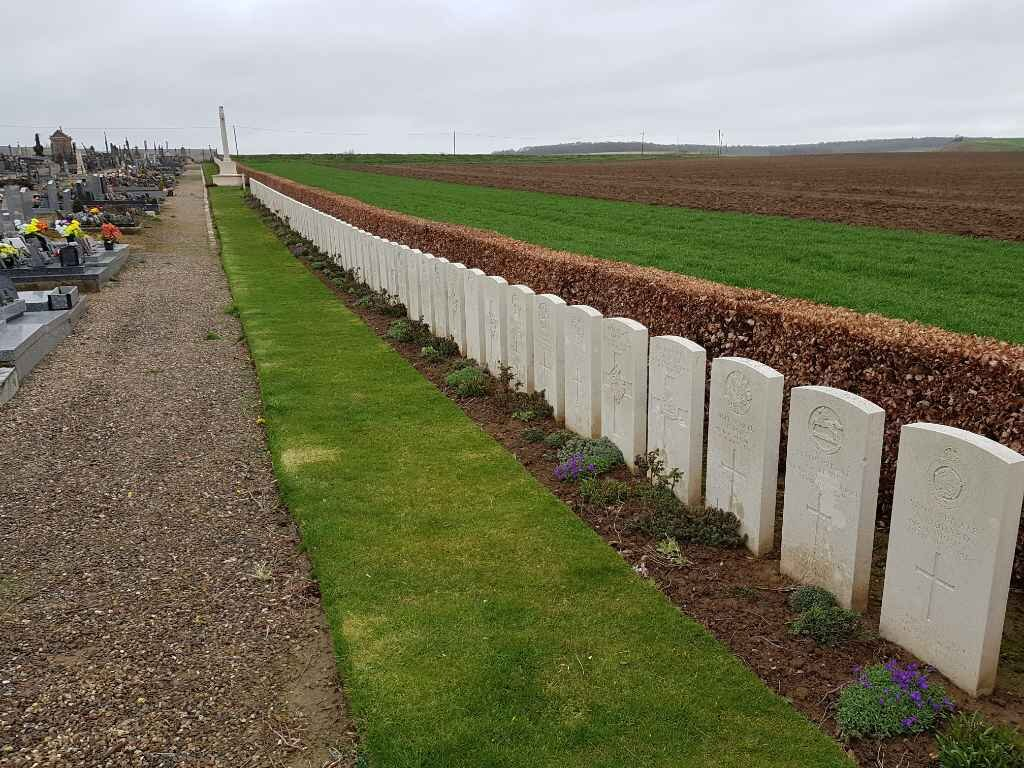 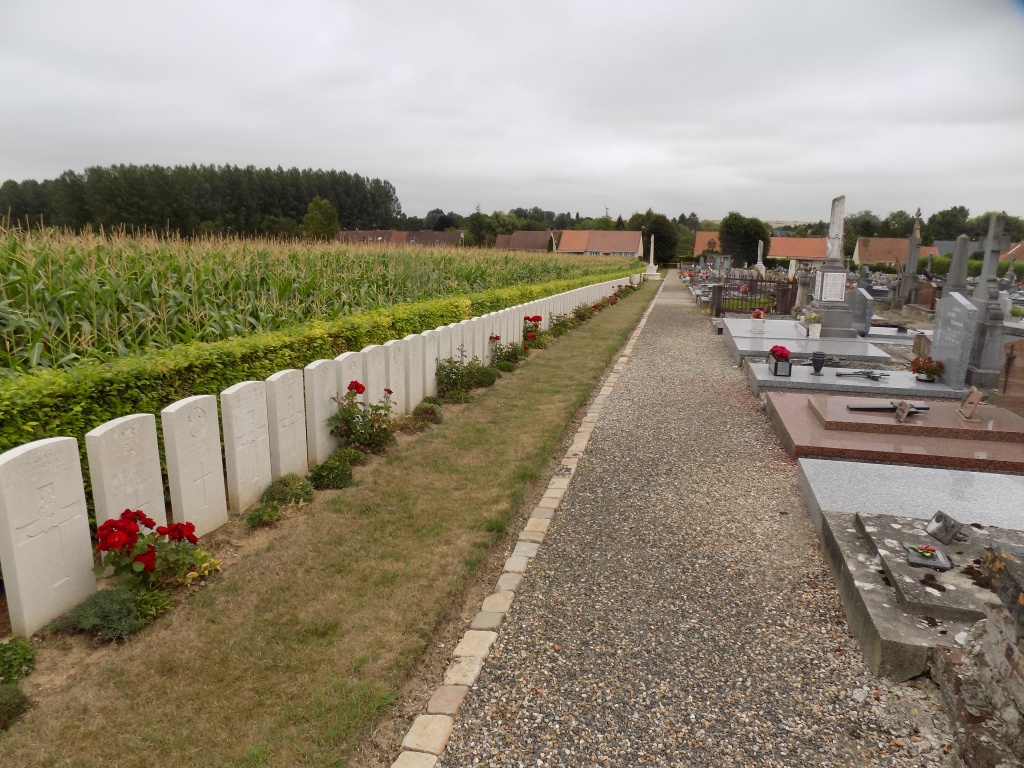 Corbie is a village 15 kilometres south-west of Albert and approximately 23 kilometres due east of Amiens. La Neuville Communal Cemetery is north of the village.

In April 1916, No.21 Casualty Clearing Station came to La Neuville and remained there throughout the 1916 Battles of the Somme, until March 1917. La Neuville British Cemetery was opened early in July 1916, but burials were also made in the communal cemetery. Most of them date from this period, but a few graves were added during the fighting on the Somme in 1918. The communal cemetery contains 186 Commonwealth burials of the First World War. The graves form one long row on the eastern side of the cemetery.