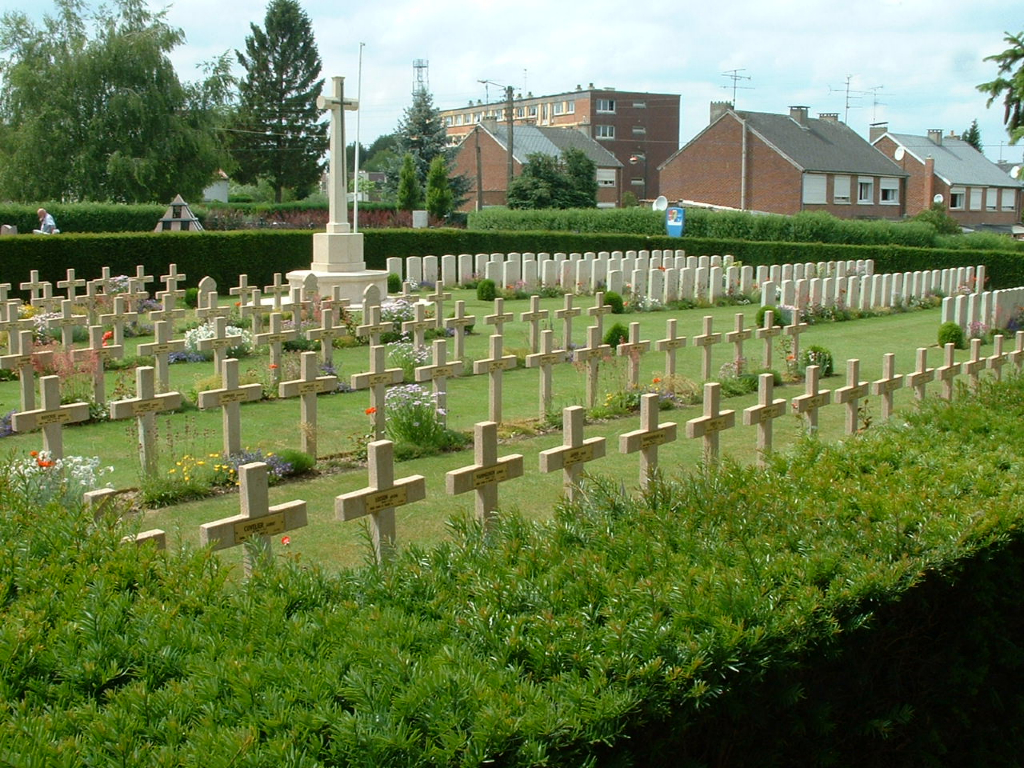 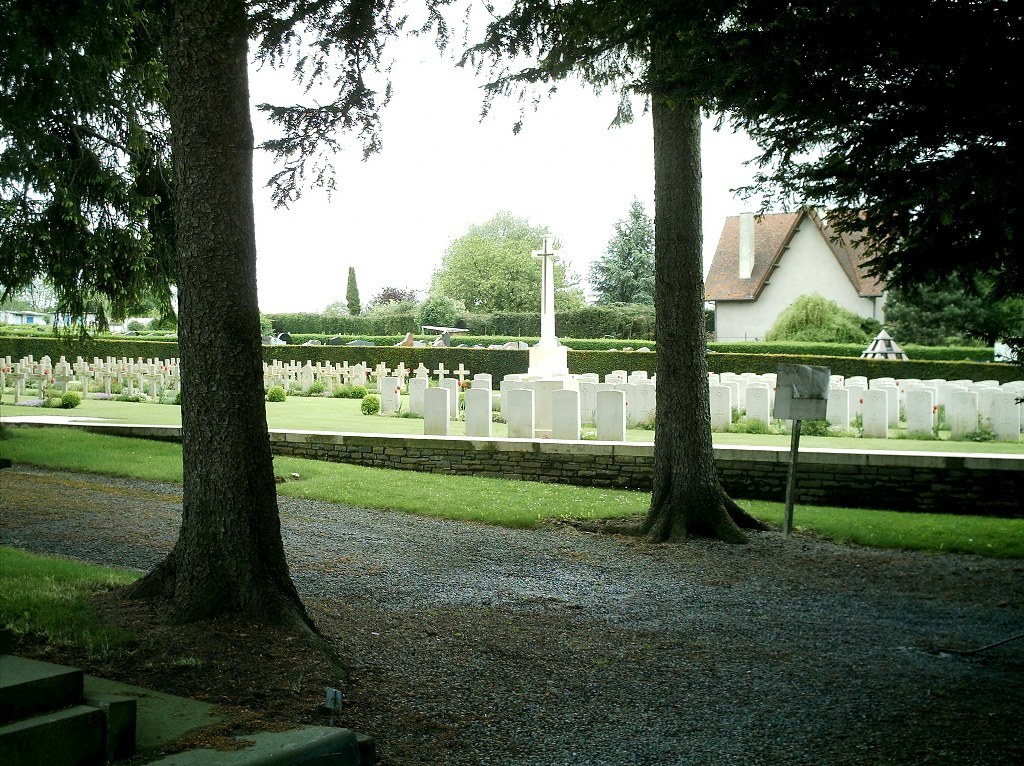 Avesnes-sur-Helpe is a small town 50 Kms due east of Cambrai and 14 Kms due south of Maubeuge. The Cemetery is on the main road (D962) to Landrecies, on the right side of the entrance to the town.

For some time, Avesnes was the Headquarters of the German Eighteenth Army. It was captured by the IX Corps on 8 November 1918. The communal cemetery was used and extended by the Germans during their occupation, and German soldiers, as well as French, Italian, Russian and British prisoners of war, were buried there. The German extension has now been removed. The cemetery now contains 82 Commonwealth burials and commemorations of the First World War. Four of the burials are unidentified and special memorials commemorate five casualties, buried in the German Extension, whose graves could not be found. There are 103 French and 5 Russian burials of the 1914-1918 war here. There are now a further 22 burials from the Second World War, most of them airmen.