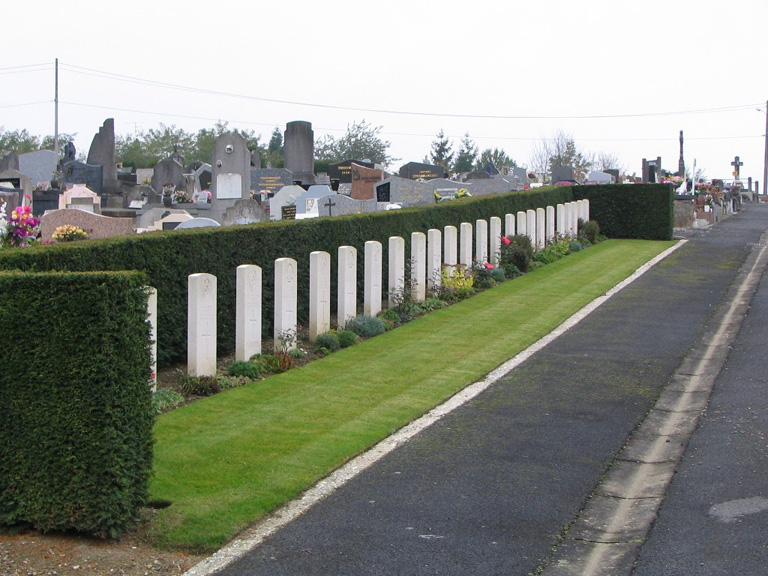 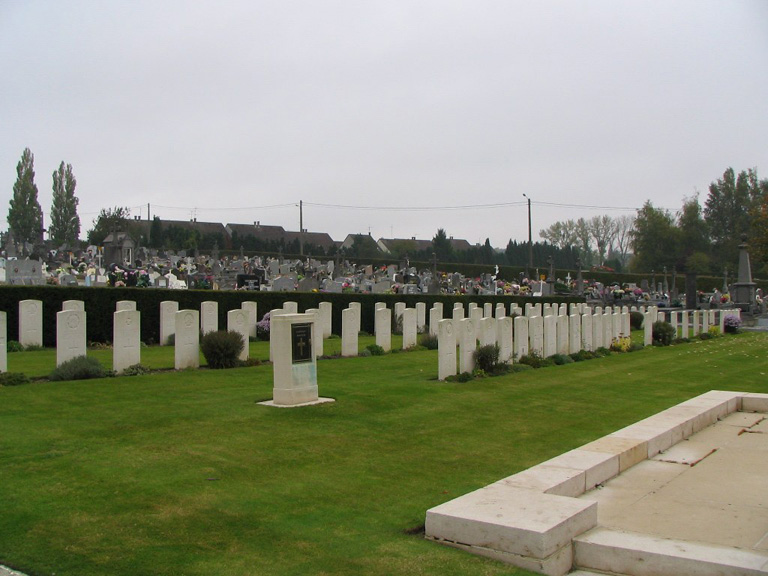 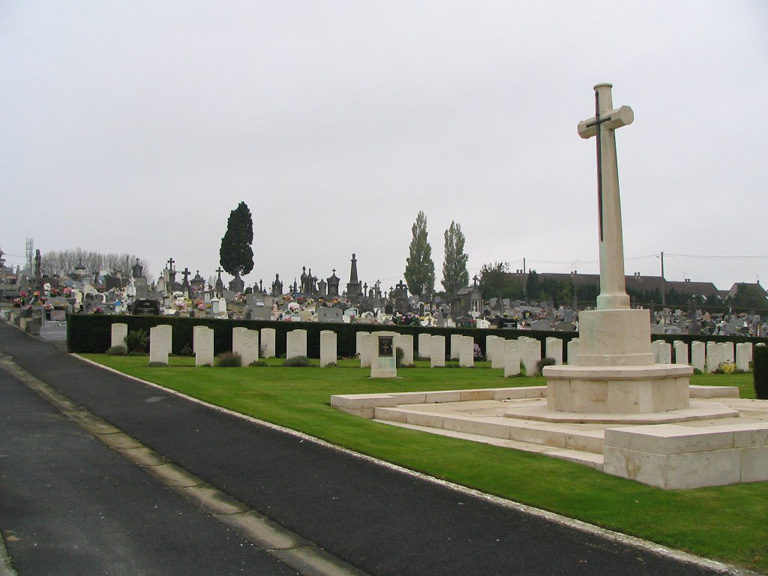 Maubeuge is a town in the Nord region of France, close to the Belgian border. It lies east of Valenciennes and south of Mons. Maubeuge (Sous-le-Bois) Cemetery lies about 4 kilometres west of the town centre. Follow the N49 west towards Bavay. About 4 kilometres out of town turn left at Rue Victor Hugo and follow it to Rue de la Couturelle which takes you to the cemetry. Access to the Commonwealth War Graves Commission plot is gained through the civil cemetery.

Maubeuge was in German hands for practically the whole of the war and was taken by Commonwealth troops only a few days before the Armistice. The 5th Casualty Clearing Station was posted in the town from the end of November 1918 until 22 March 1919. The cemetery at Sous-le-Bois is one of three belonging to the town of Maubeuge. One Commonwealth soldier who died in September 1914 is buried behind the fossoyeur's lodge, but the main Commonwealth plot is in the south-east part of the cemetery. The cemetery contains 114 Commonwealth burials of the First World War.