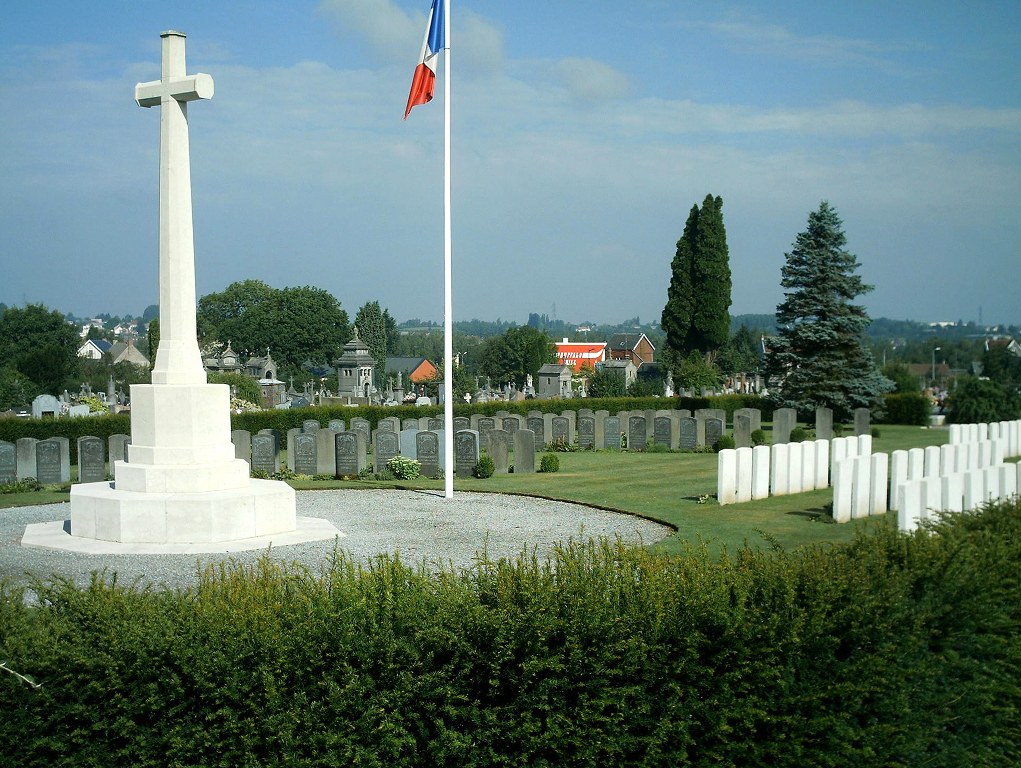 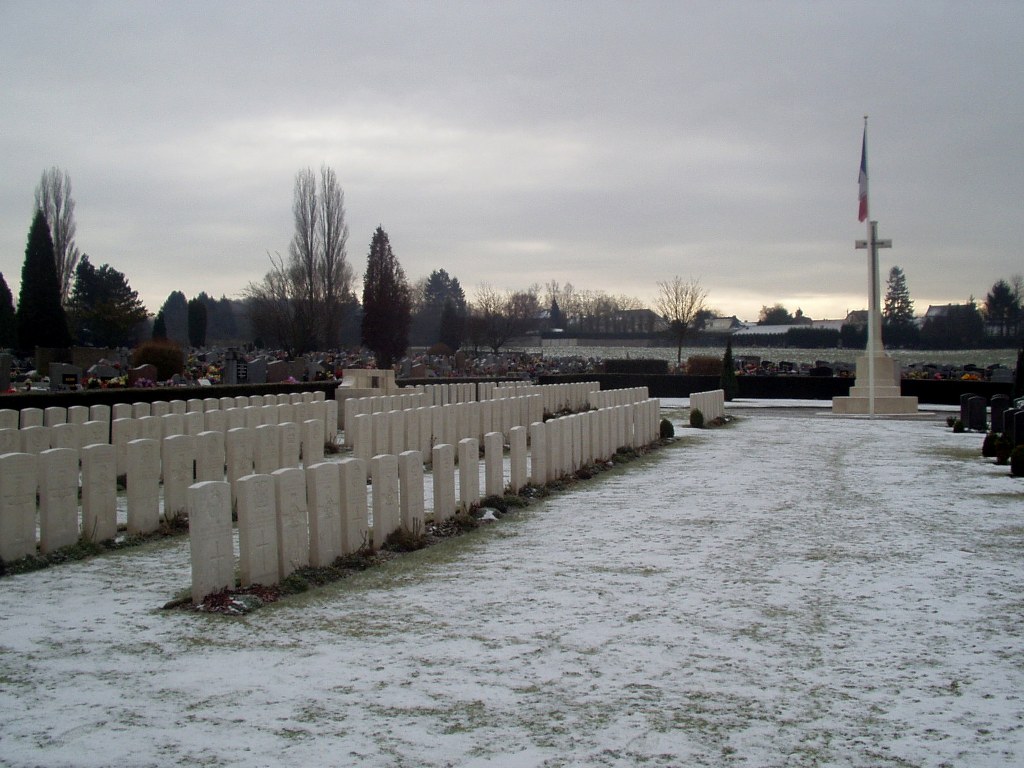 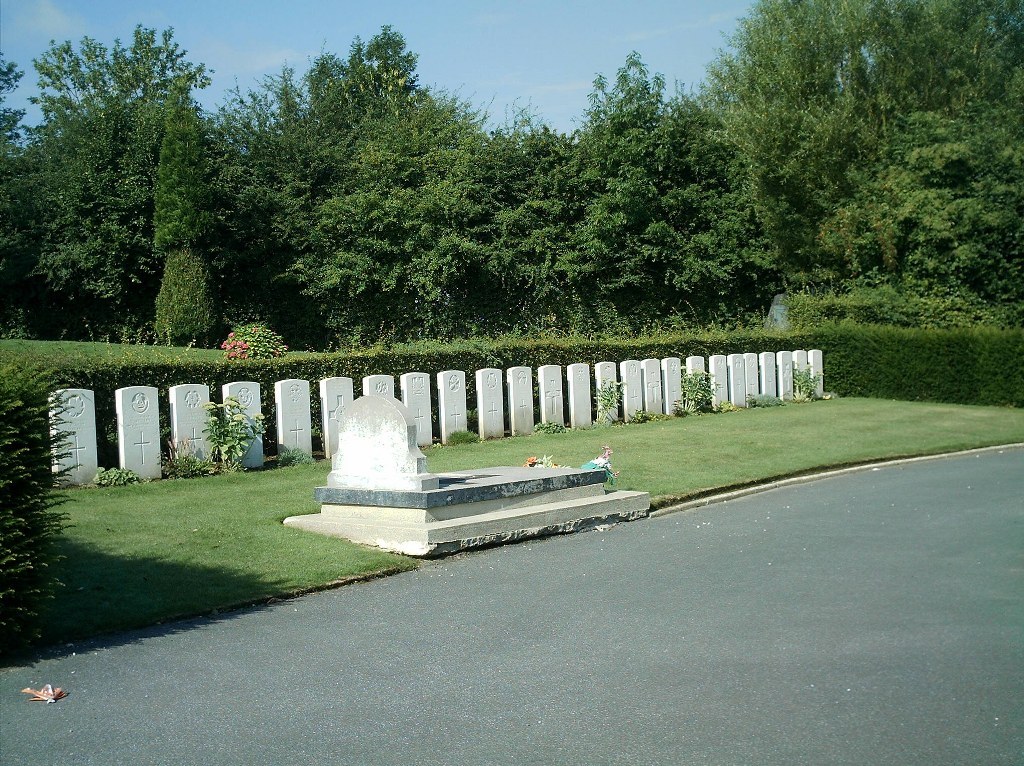 Hautmont is a town in the Department of the Nord, 5 kilometres south-west of Maubeuge, in the valley of the Sambre.

Hautmont was captured by the Germans in the early days of the First World War, and it remained in their hands until retaken by the 42nd (East Lancashire) Division on 8 November 1918. The communal cemetery was used by the German troops for the burial of their dead, and the Allied prisoners who died in the local German hospitals were buried there by the authorities of the town. A war plot was formed outside the south-east part of the cemetery, which was later extended to enclose it. The Commonwealth graves are in two groups: in the south-west part of the cemetery are graves of 1918 and of 1914, and in the south-east part are those soldiers who died after the recapture of the town. Hautmont Communal Cemetery contains 246 Commonwealth burials and commemorations of the First World War. Seven of the burials are unidentified but there are special memorials to three casualties believed to be buried among them. The cemetery also contains 55 French, 100 Russian and 1 Belgian burials.