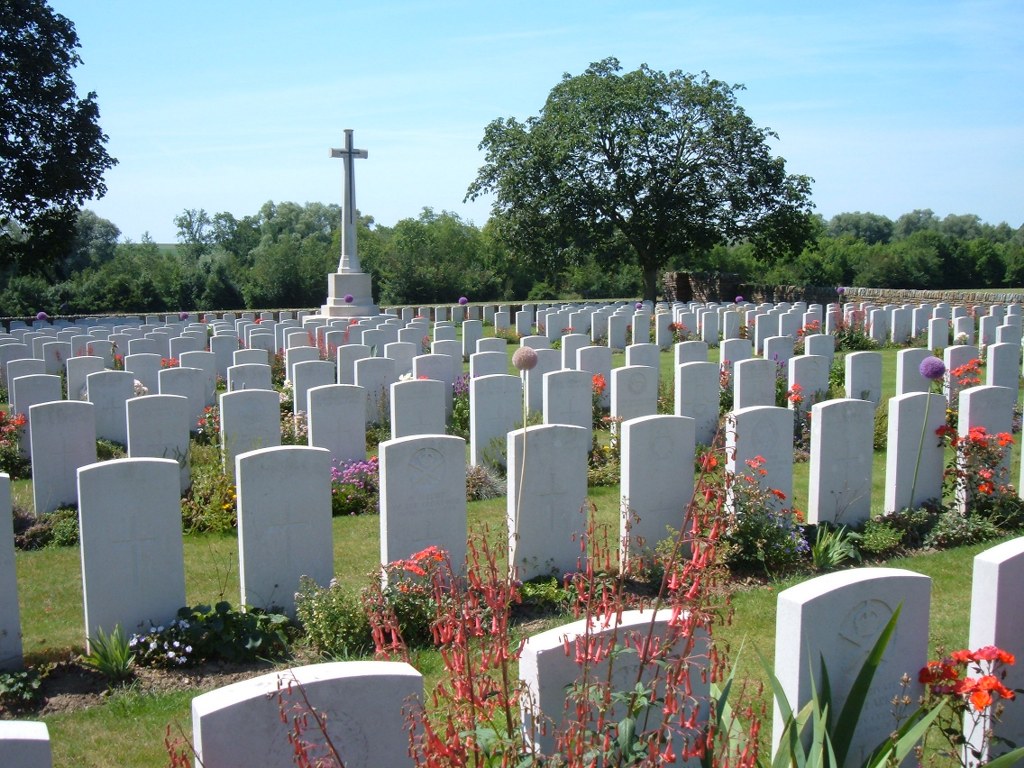 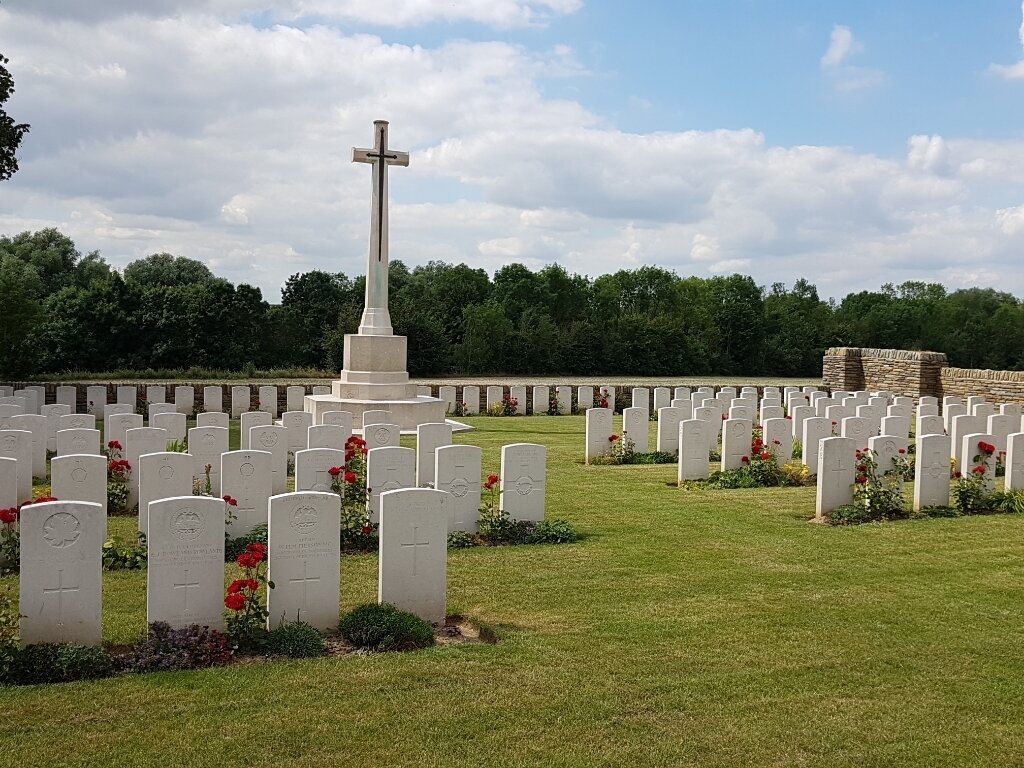 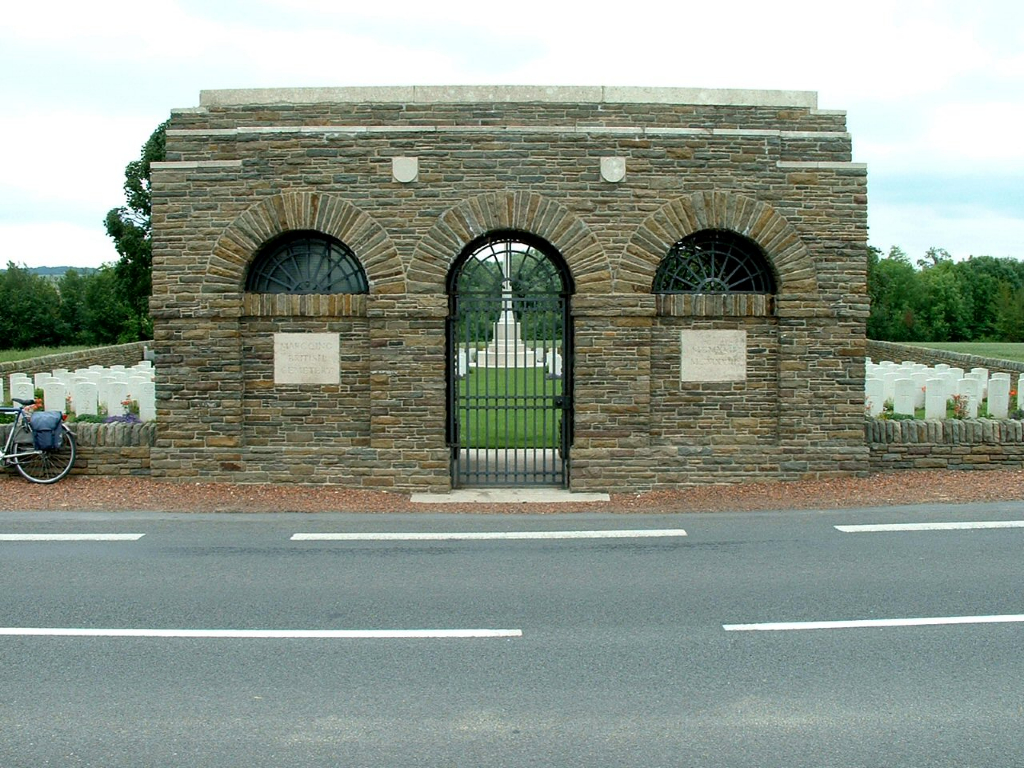 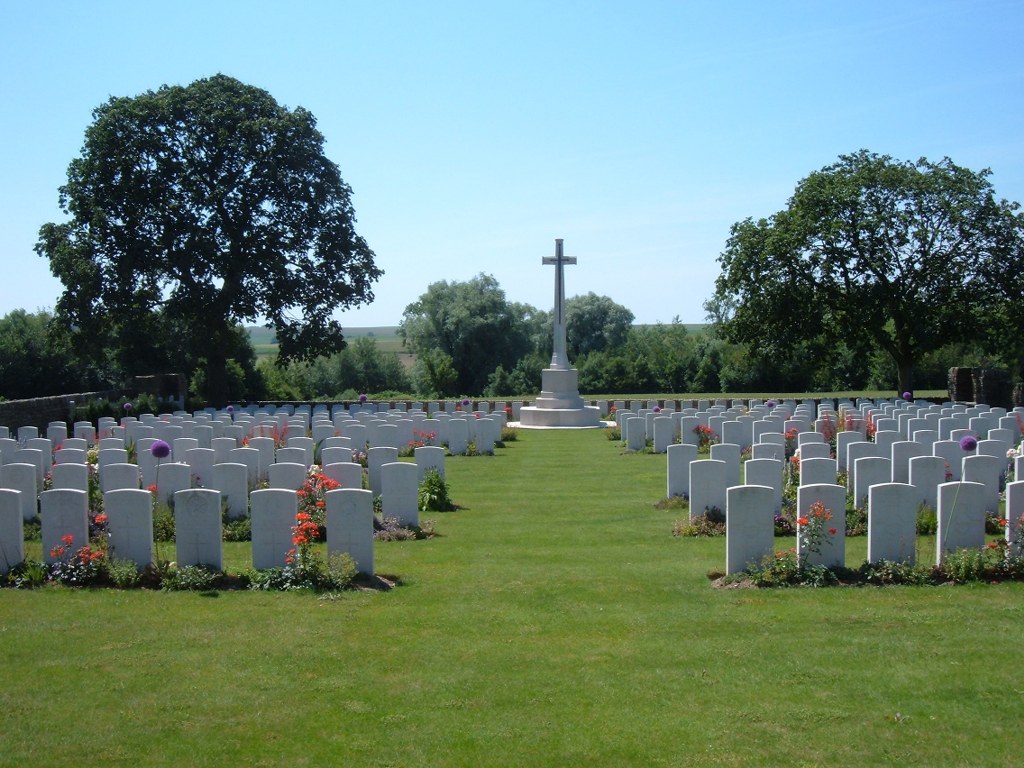 Marcoing and Masnieres were captured by the 29th Division on the 20th November 1917, the first day of the Battle of Cambrai. On the 30th November and the 1st December, Masnieres was held by the same Division against repeated attacks, but it was evacuated, under orders, on the night of the 1st-2nd; and Marcoing was left a few days later. Marcoing was retaken on the 28th September 1918, and Masnieres on the following day, by the 62nd (West Riding) Division. Marcoing British Cemetery was made after the Armistice, by the concentration of graves (almost all of November 1917 or September-October 1918) from RUMILLY GERMAN CEMETERY and from the local battlefields. There are now nearly 400, 1914-18 war casualties commemorated in this site. Of these, over half are unidentified and special memorials are erected to 19 soldiers from the United Kingdom, four from Canada and one from New Zealand, known or believed to be buried among them. The Cemetery covers an area of 1,404 square metres and is enclosed by a low stone rubble wall.