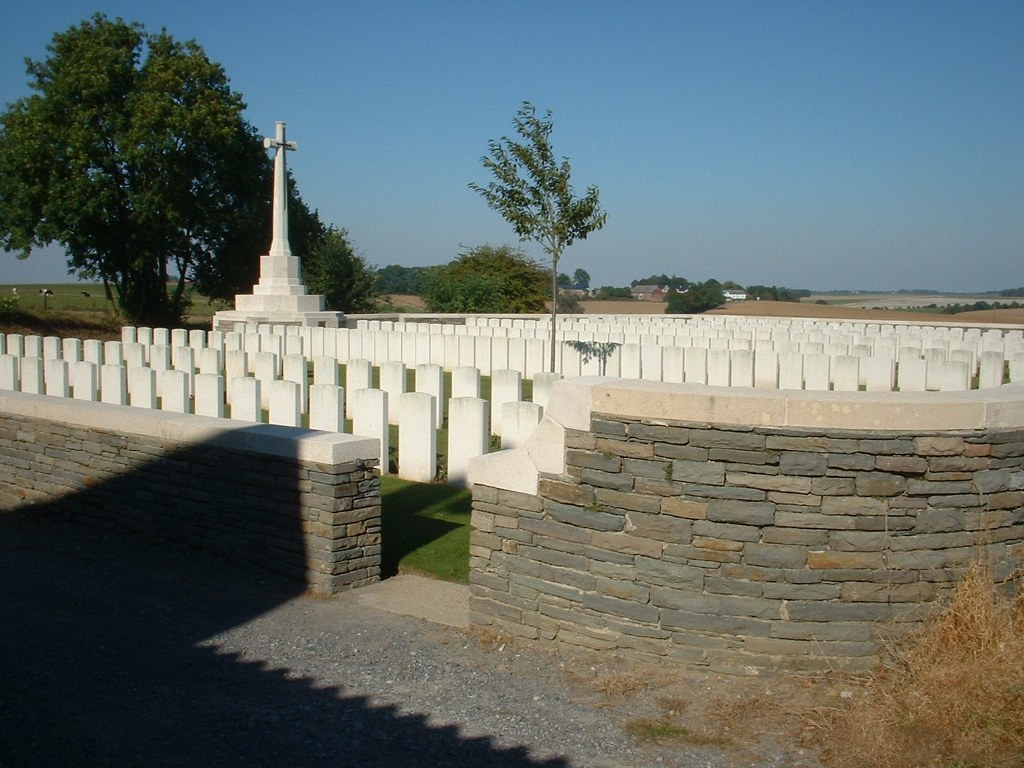 Beaurevoir is a commune 25 kilometres south of Cambrai, midway between Cambrai and St Quentin. The Cemetery is in the north eastern part of the village on the south east side of the road to Malincourt.

Beaurevoir British Cemetery was made by the 66th Division in October, 1918, when officers and men who fell in the early part of that month were buried; and after the Armistice the graves of 70 who died in 1917-18, and were buried in the Communal Cemetery German Extension, were brought in to Rows AA, BB, B, C and G.

There are now nearly 300, 1914-18 war casualties commemorated in this site. Of these, almost 50 are unidentified and special memorials are erected to four soldiers from the United Kingdom known or believed to be buried among them.

The British Cemetery covers an area of 935 square metres and is enclosed by a rubble stone wall.