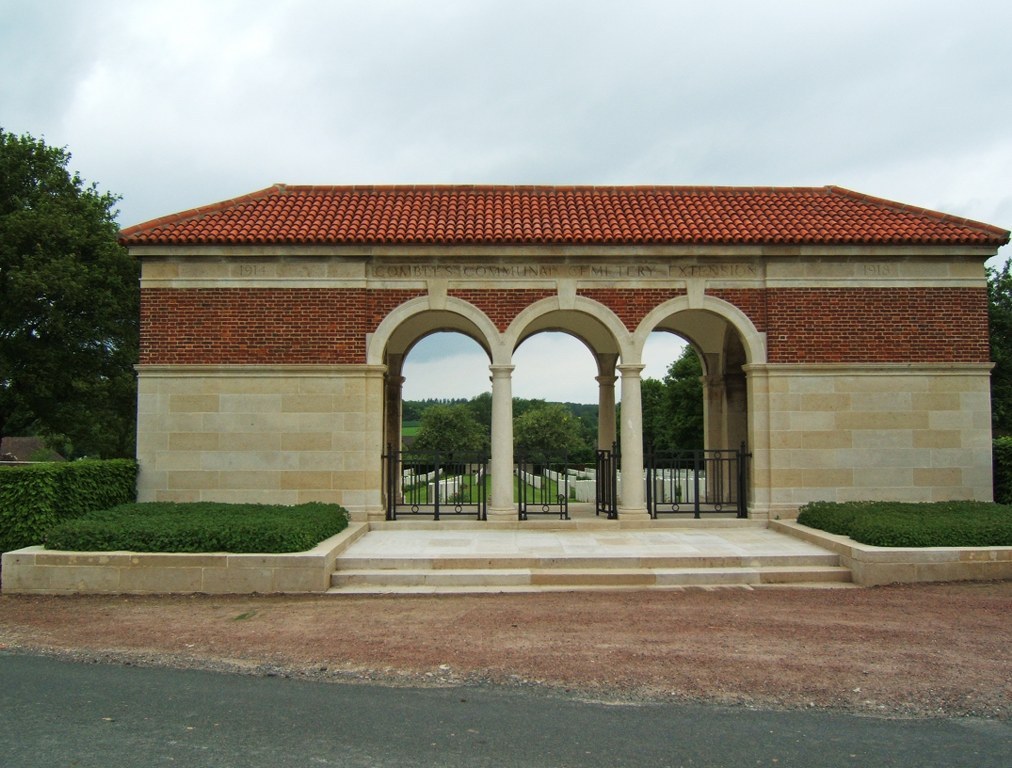 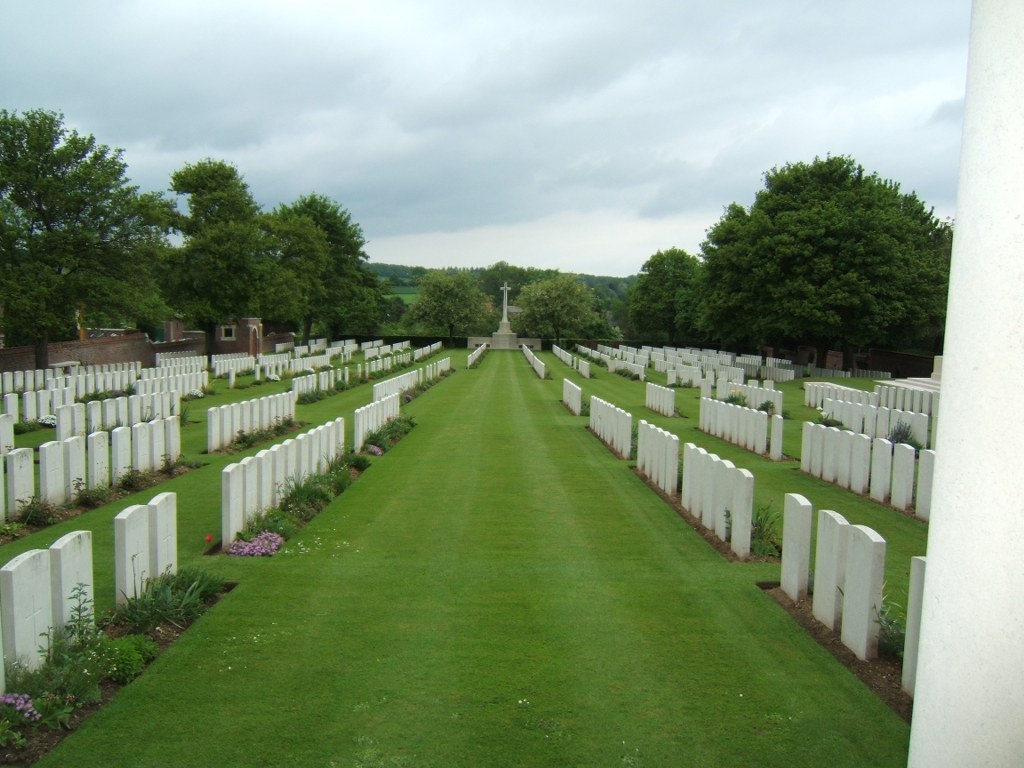 The large village of Combles is 16 kilometres east of Albert and 13 kilometres south of Bapaume. From Bapaume take the N17 towards Peronne. Just after the village of Sailly Saillisel, take the D172 towards Combles. The Communal Cemetery is on the right just before the village, and the Extension is at the back, or north-east, of the Communal Cemetery.

Wheelchair access to site is possible, but maybe by alternative entrance.

The village was entered in the early morning of the 26th September 1916, by units of the 56th (London) Division and of the French Army; and it remained in Allied occupation until the 24th March 1918, when the place was captured after a stubborn stand by the South African Brigade at Marrieres Wood. It was retaken on the 29th August 1918, by the 18th Division. The village was later "adopted", with Flers, by the County Borough of Portsmouth.

The cemetery was begun in October 1916 by French troops, but the 94 French graves made in 1916 have been removed to another cemetery. The first British burials took place in December 1916. From March 1917, to the end of May 1918, the Extension was not used. In June, July and August, 194 German soldiers were buried in what was afterwards called Plot I, but these graves, too, have been removed; and in August and September further burials were made by the 18th Division. Plots II, V, VI and VII and most of Plot IV were added after the Armistice by the concentration of 944 graves from the battlefields in the neighbourhood and from the following smaller cemeteries:-

FREGICOURT COMMUNAL CEMETERY, in a hamlet between Combles and Saillisel, in which four soldiers from the United Kingdom were buried in the winter of 1916-17.

LEUZE WOOD CEMETERY, COMBLES, at the North-East corner of Leuze Wood, contained the graves of eleven soldiers from the United Kingdom and five French soldiers who fell September 1916 to January 1917.

LONGTREE DUMP MILITARY CEMETERY, SAILLY-SAILLISEL, a little South of the road from Morval to Sailly-Saillisel, in which 20 French soldiers and 12 from the United Kingdom were buried in December 1916, and February 1917.

MAUREPAS MILITARY CEMETERY, on the South-West side of Maurepas village, in which 12 French soldiers and nine from the United Kingdom and one German prisoner were buried in December 1916 to February 1917. Maurepas was taken by the French I Corps in August 1916.

There are now over 1,500, First World War casualties commemorated in this site. Of these, over half are unidentified and special memorials are erected to nine soldiers from the United Kingdom and one from South Africa, known or believed to be buried among them. Other special memorials record the names of three soldiers from the United Kingdom, buried in Maurepas and Longtree Dump Military Cemeteries, whose graves were destroyed by shell fire.

The Extension covers an area of 5,356 square metres. It is enclosed by brick walls on the North-East and South-West.