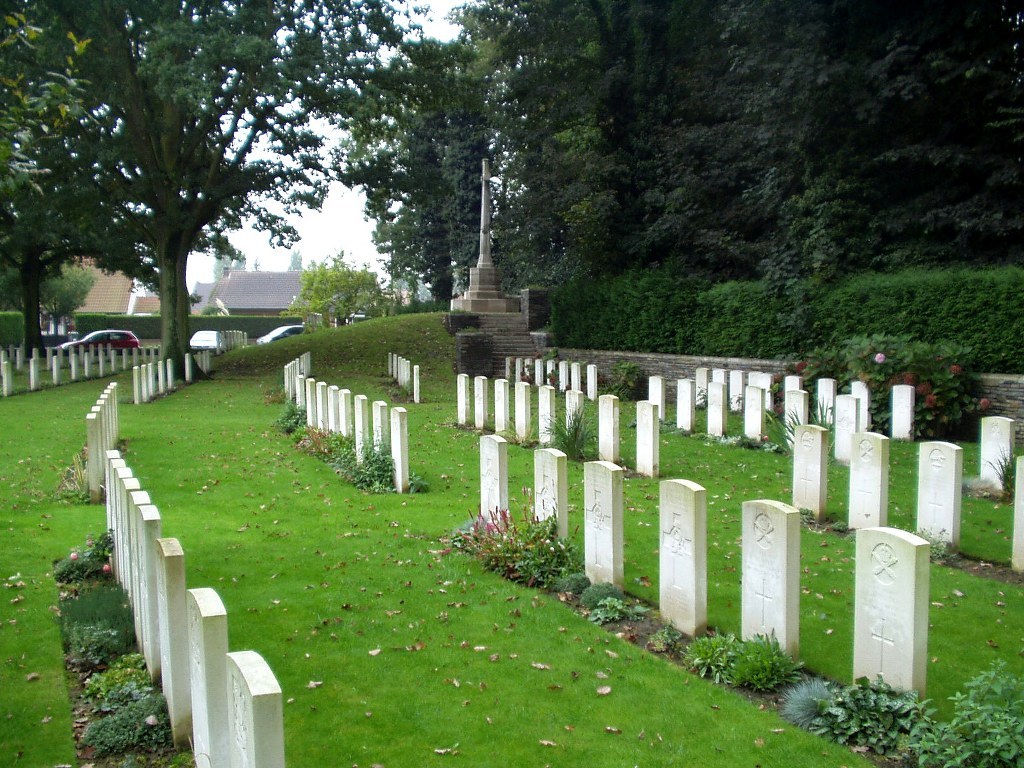 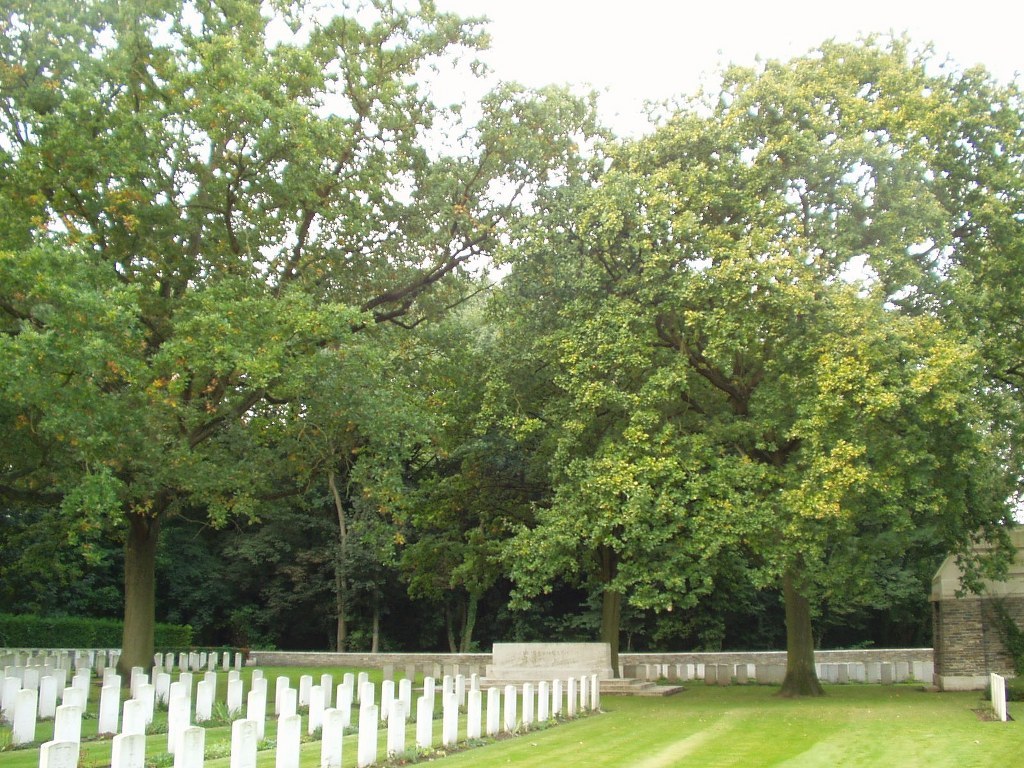 Gorre is a hamlet 2.5 kilometres north of Beuvry, and 4 kilometres east of Bethune. Leave Beuvry on the D72, crossing the railway and then the Canal d'Aire on the way. The Cemetery is 150 metres from the church in Gorre, to the left of the D72 (Rue de Festubert).

The chateau at Gorre was occupied early in the war by troops serving with the British Expeditionary Force and the Indian Corps, and the cemeteries, located in the south-east corner of original the chateau grounds, were begun in the autumn of 1914. The Indian section of the cemetery was closed in October 1915, shortly before the Indian infantry divisions left France for redeployment to the Middle East.

Many of those who now lie in plots V and VI of the British section of the cemetery were killed during the Battle of Estaires in April 1918. There are now over 930 Commonwealth servicemen of the First World War buried or commemorated here. The cemetery, which was designed by Charles Holden, also contains nine war graves of other nationalities, most of them German.

For much of the war, the chateau stood approximately four kilometres behind a section of the British front-line that ran northward along the Aubers Ridge from Givenchy-lès-la-Bassée to Festubert. From the end of the Battle of Festubert in May 1915 until the spring of 1918, this was considered a relatively ‘quiet’ sector. The village of Gorre was occasionally bombarded by German artillery during this period, but the chateau remained intact and its rooms were used as an officer’s mess and headquarters for British units stationed in the area. The grounds of the chateau were also the site of several artillery emplacements, a rifle range and an improvised parade ground and football pitch. Throughout 1916 and ’17 British troops could be seen drilling in the fields next to the chateau or unloading supplies from barges on the La Bassée Canal, which runs just south of the village.

The British section of the cemetery was used by infantry and artillery units stationed in the area until April 1918, when the relative quiet of the sector was shattered by the German Spring Offensive and Gorre became a support post close behind the front line during the Battle of Estaire. This battle was one of two massive German assaults on the Commonwealth positions from Ypres to Festubert that became known as the Battle of the Lys. When the battle erupted on 9 April, the 55th (West Lancashire) Division occupied the front-line trenches running north from Givenchy to Richebourg L’Avoué. The Allied positions to their left, around the village of Le Touret, were held by Portuguese units.

After a preliminary artillery bombardment that began on the evening of 7 April the German Sixth Army, spearheaded by storm troops, attacked in force early on the morning of the 9th. Heavy mist enabled the attackers to get very close to the Allied lines before they were observed and Portuguese units suffered heavy casualties and began to retire. Further south, the various formations of the 55th Division were hard pressed from the outset and the front line trenches around Givenchy were the scene of fierce fighting between British and German troops. The divisional brigade holding the northern section of the British line was forced to pull back, but well-organised counter-attacks and determined defence elsewhere enabled the 55th Division to hold its ground for the rest of the battle and prevent a major German breakthrough. Fighting continued in the trenches east of Gorre until 17 April when the German forces finally broke off the attack. In just over a week of fighting almost 3,000 officers and men of the Division had been killed, wounded, or taken prisoner, but the territory over which they had fought remained in Allied hands.