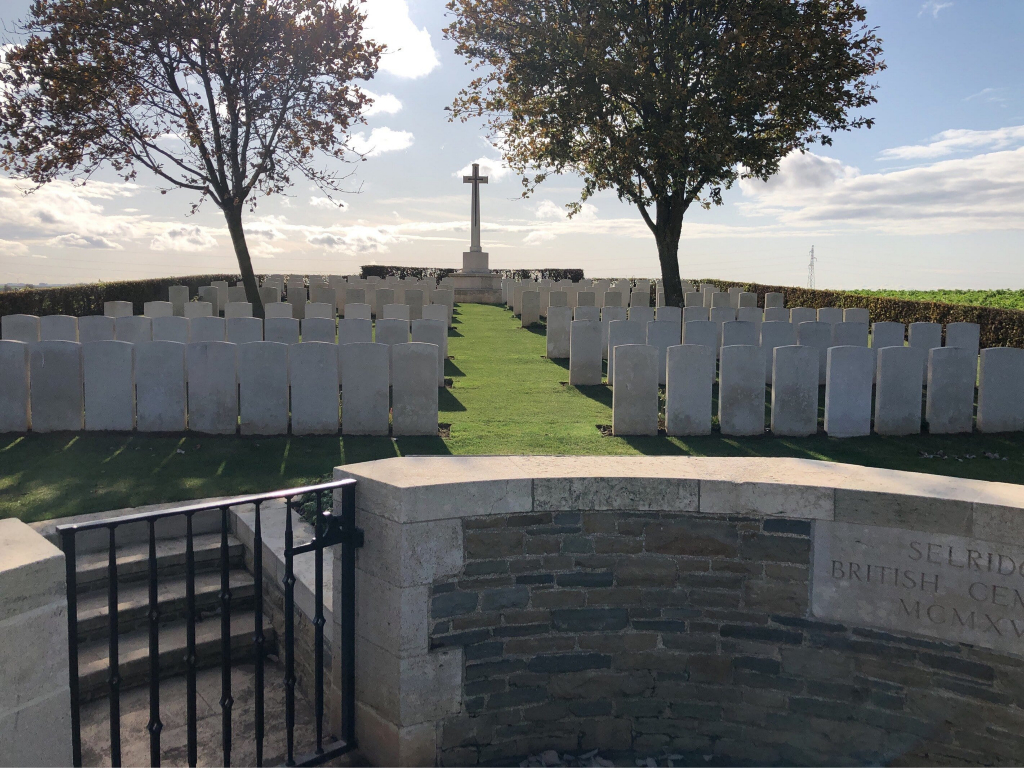 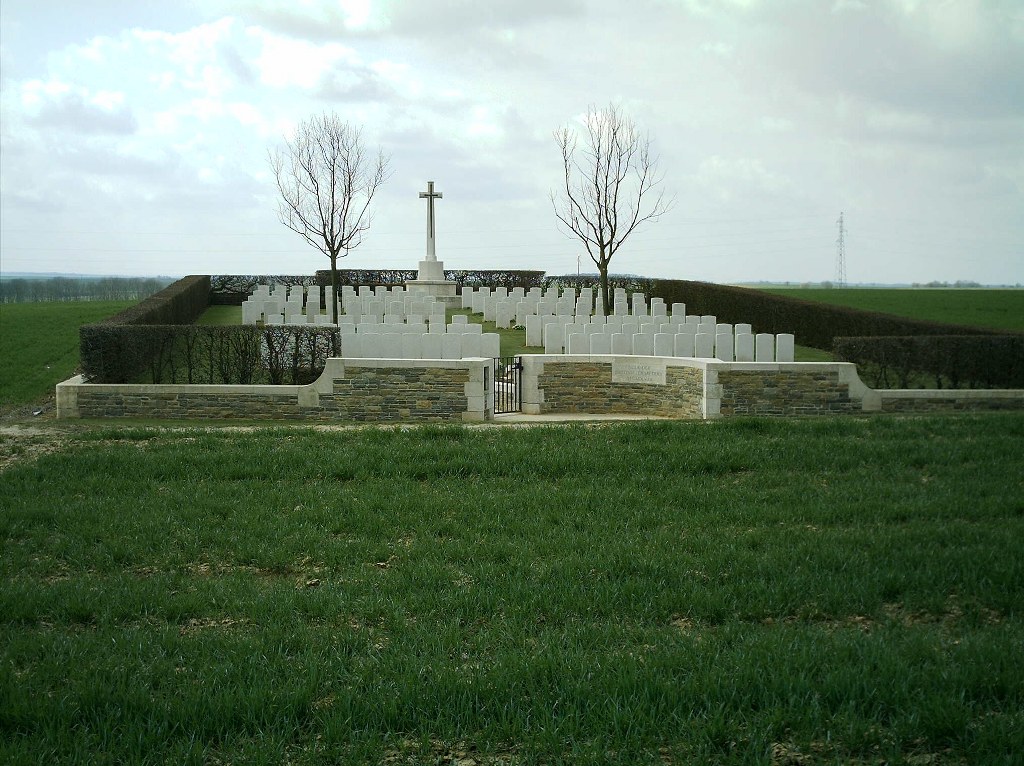 Montay is a village a little north of the town of Le Cateau, which is approximately 19 kilometres south-east of Cambrai. Selridge British Cemetery is about 1.5 kilometres west of Montay.

Montay was reached in the Pursuit to the Selle on the 10th October 1918; and on the 28th and 29th the cemetery was made by the 33rd Division and given the name of Selridge from its position above the river valley. It contained originally 60 graves, dating from the 10th October to the 1st November, the majority belonged to the 6th or 12th Lancashire Fusiliers or the 2nd Argyll and Sutherland Highlanders. After the Armistice a further 87 graves were added. 86 of these came from:- NEUVILLY BRITISH CEMETERY No.2 (No. 1 was concentrated into Montay-Neuvilly Road Cemetery), which was made by the 17th Division on the 1st November 1918. It contained the graves of 86 soldiers from the United Kingdom (of whom 55 belonged to Yorkshire Service Battalions) and 49 German prisoners. It was a little East of the village of Neuvilly, beside the road to Montay. The Glasgow Highlanders (9th H.L.I.), eleven of whose men are buried in the cemetery, erected a wooden memorial in it to their dead of the 12th October. There are now nearly 150, 1914-18 war casualties commemorated in this site. Of these, a small number are unidentified. The Cemetery covers an area of 565 square metres and is enclosed by a low rubble wall.