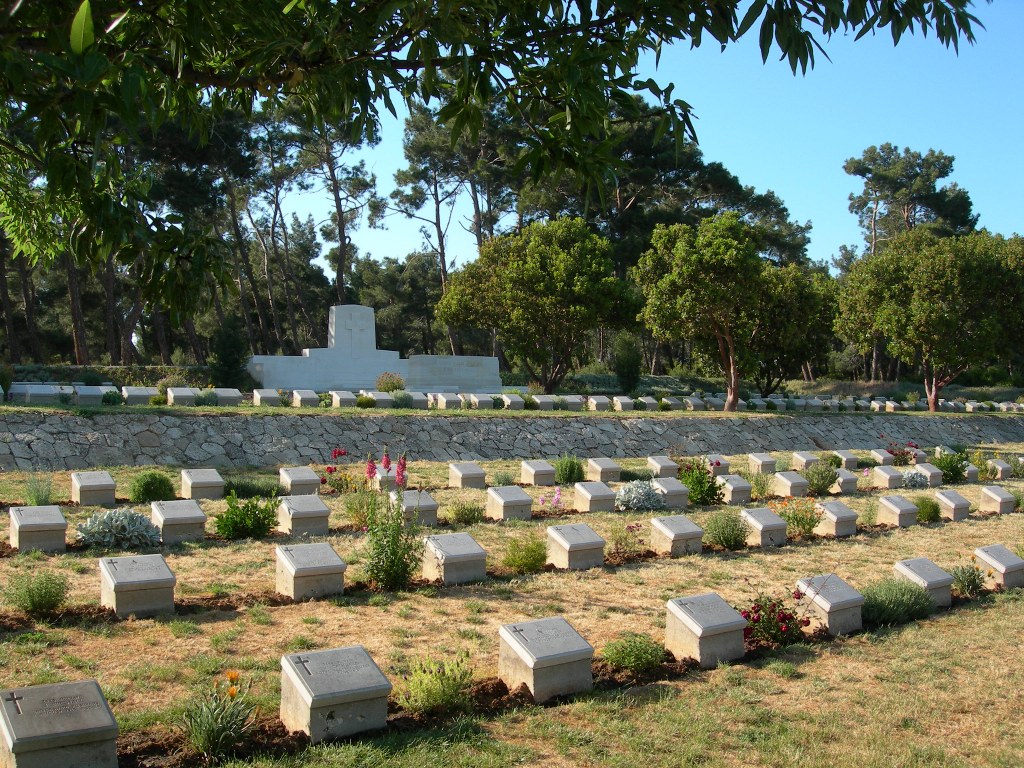 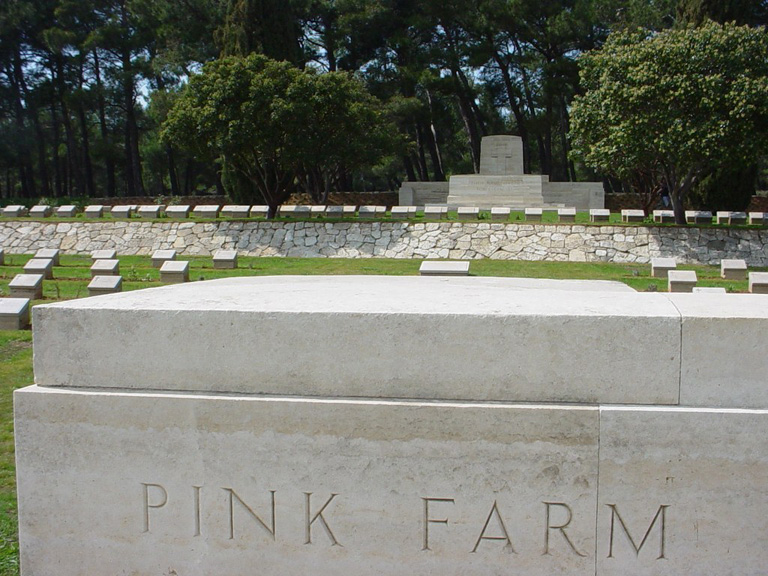 Follow the road to Helles opposite the Kabatepe Museum. At 14.2km's take a right turn at the 'T' junction and at 14.3km's take the left fork. After a total of 18.2km's, Pink Farm Cemetery will be found down a short track on your left. Pink Farm was a building about 1800 metres south-west of the Redoubt, on the road from Sedd el-Bahr to Geoghegan's Bluff.

Pink Farm (properly Sotiri Farm) took its name from the red soil of the area. Three cemeteries eventually grew up round the farm, the first began after the First Battle of Krithia (28 April 1915). After the armistice, the three cemeteries (Pink Farm Nos. 1, 2 and 3) were combined on the site of No.3 (Plot III and part of Plot IV of the present cemetery are the original graves from No.3) and graves from the following smaller cemeteries were added:-

There are now 602 servicemen of the First World War buried or commemorated in this cemetery. 250 of the burials are unidentified, but special memorials commemorate 219 casualties known or believed to be buried among them.