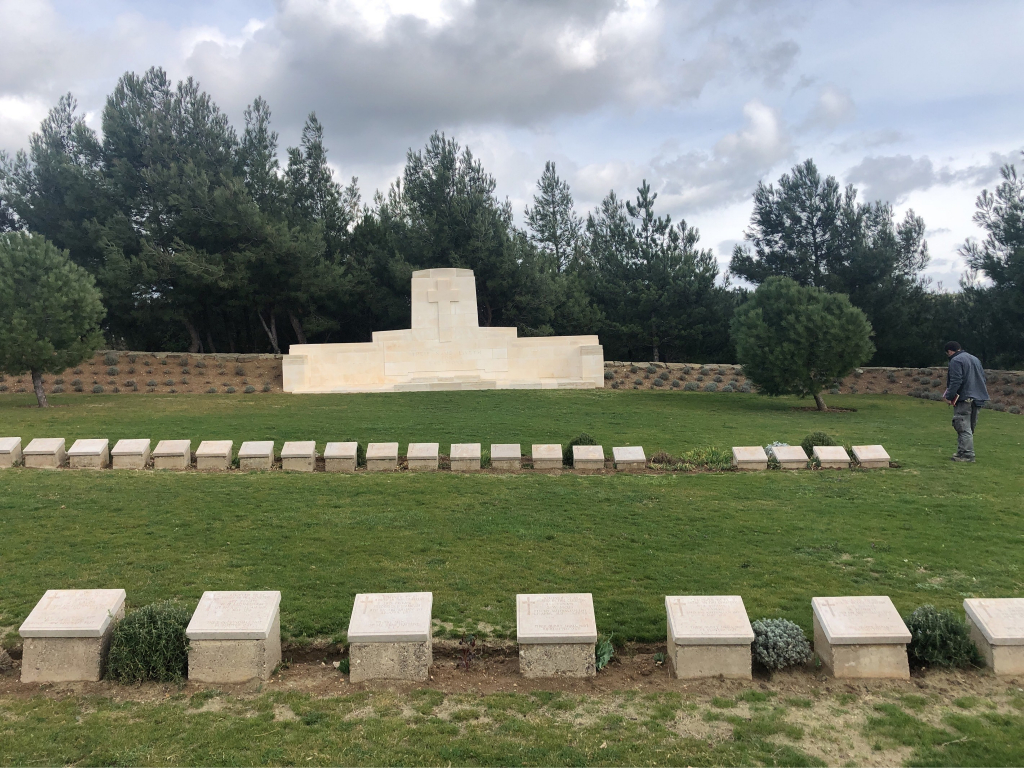 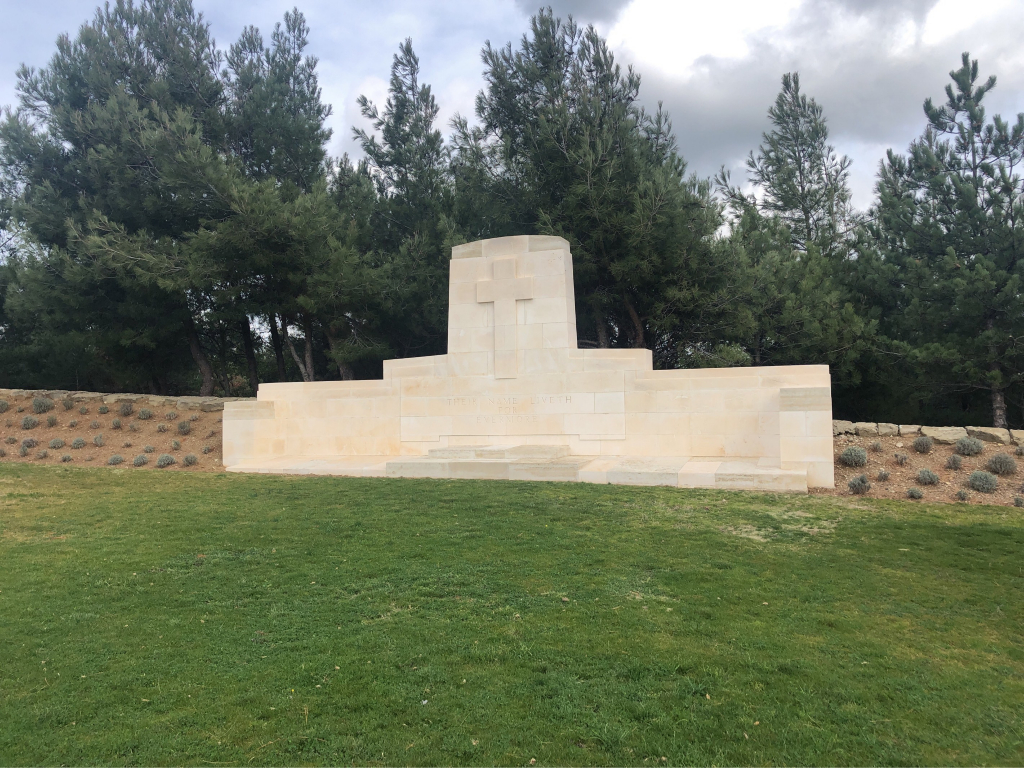 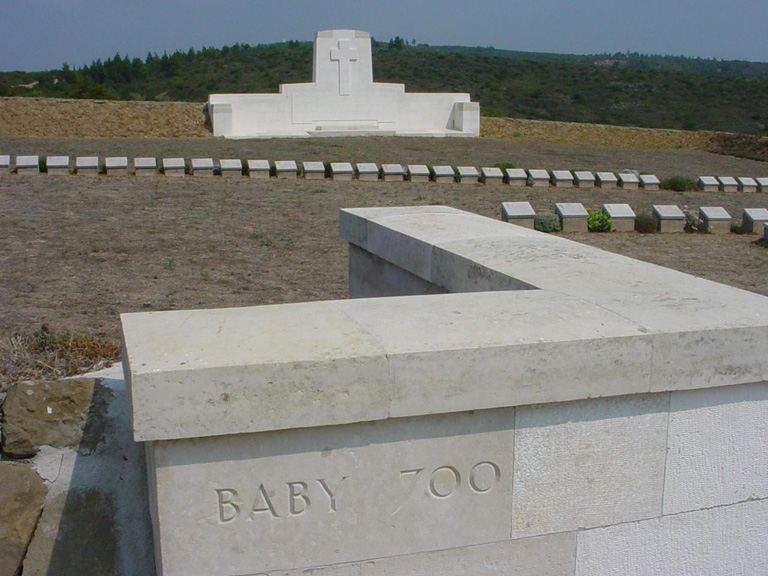 The Anzac and Suvla cemeteries are first signposted from the left hand junction of the Eceabat - Bigali road. From this junction , travel into the main Anzac area. At 12 kms. from the junction Eceabat - Bigali, you will encounter a footpath on the right to the cemetery. Baby 700 Cemetery is located on the road to Chunuk Bair, on the ridge which runs north-east from Brighton Beach.

The eight month campaign in Gallipoli was fought by Commonwealth and French forces in an attempt to force Turkey out of the war, to relieve the deadlock of the Western Front in France and Belgium, and to open a supply route to Russia through the Dardanelles and the Black Sea. The Allies landed on the peninsula on 25-26 April 1915; the 29th Division at Cape Helles in the south and the Australian and New Zealand Corps north of Gaba Tepe on the west coast, an area soon known as Anzac. On 6 August, further landings were made at Suvla, just north of Anzac, and the climax of the campaign came in early August when simultaneous assaults were launched on all three fronts. Baby 700 was the name given to a hill, part of the Sari Bair range, connecting Russell's Top, by way of the Nek, with Battleship Hill (Big 700). It was the objective of the 3rd Australian Brigade on 25 April and was occupied early in the morning by parties of the 11th and 12th Battalions. They were joined by part of the Auckland Infantry Battalion later, but in the afternoon they were driven off the hill. It was the objective of other attacks, particularly on 2 May and 7 August, but it was never again reached. Baby 700 Cemetery was made after the Armistice. There are now 493 Commonwealth servicemen of the First World War buried or commemorated in this cemetery. 450 of the burials are unidentified, but special memorials commemorate ten Australian soldiers believed to be buried among them.