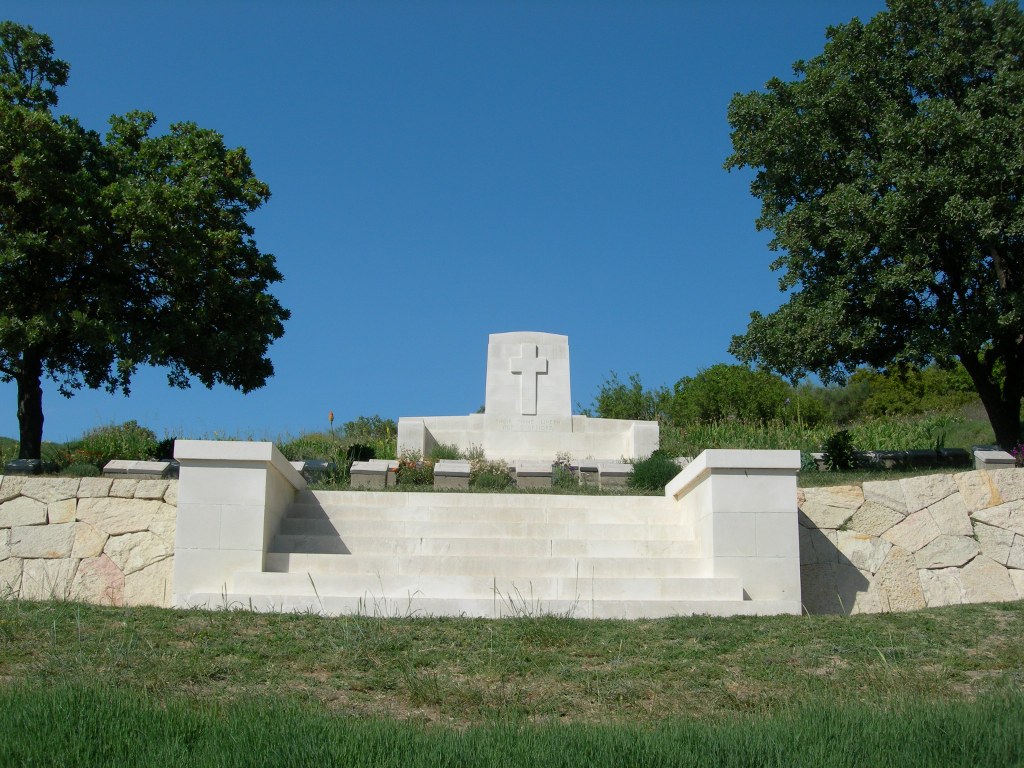 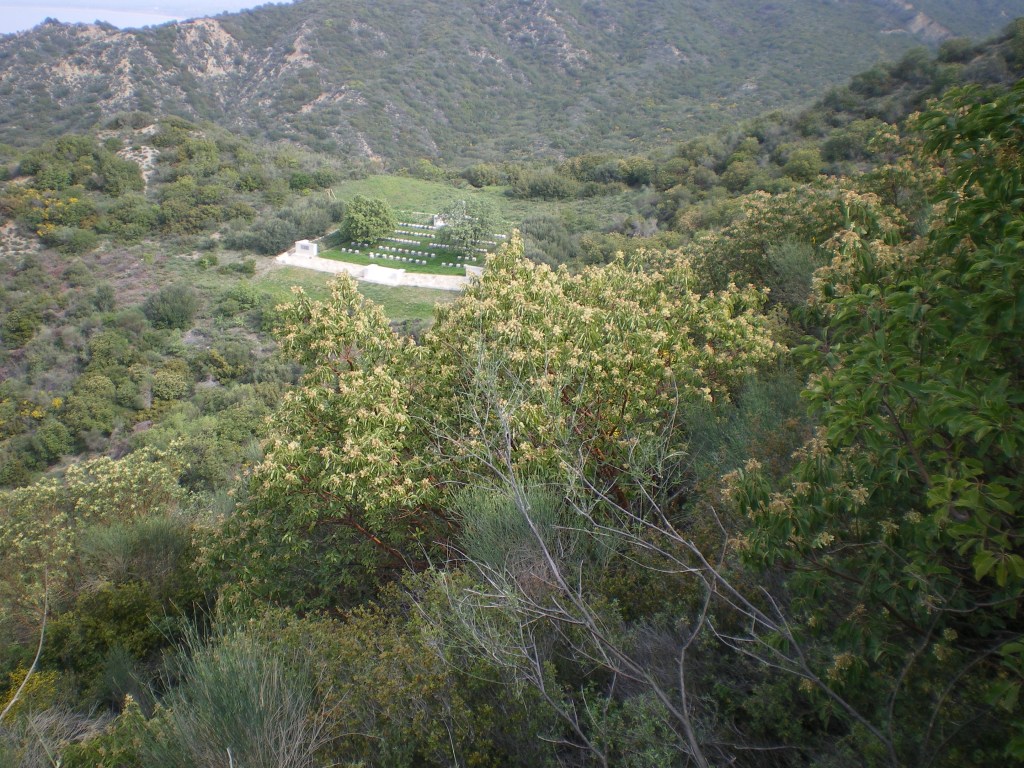 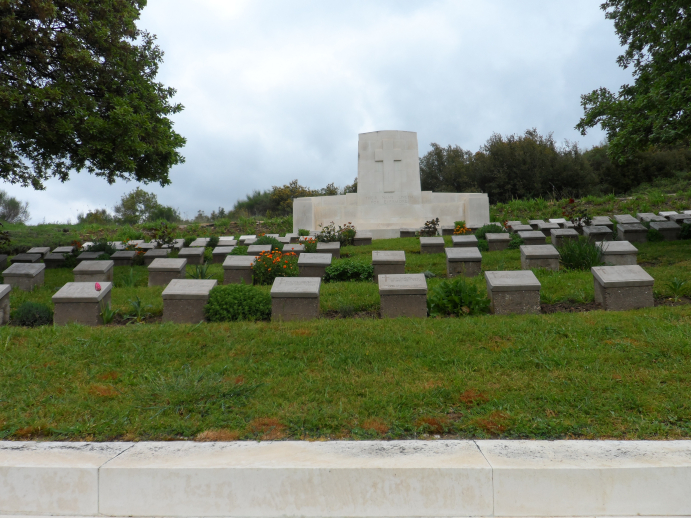 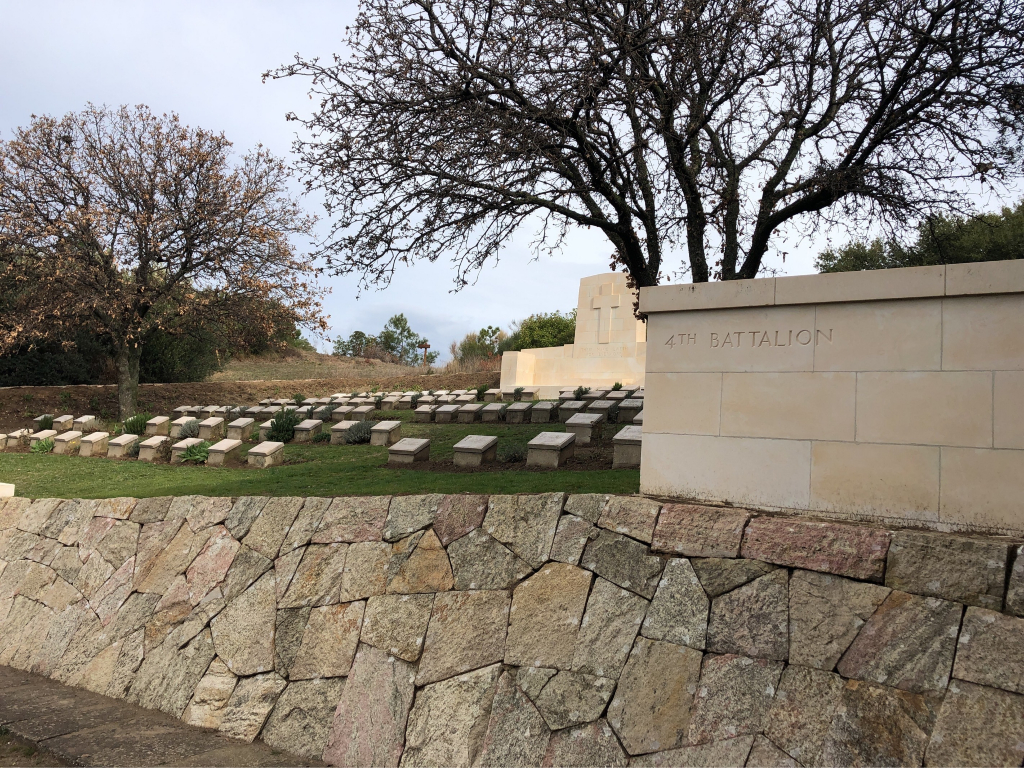 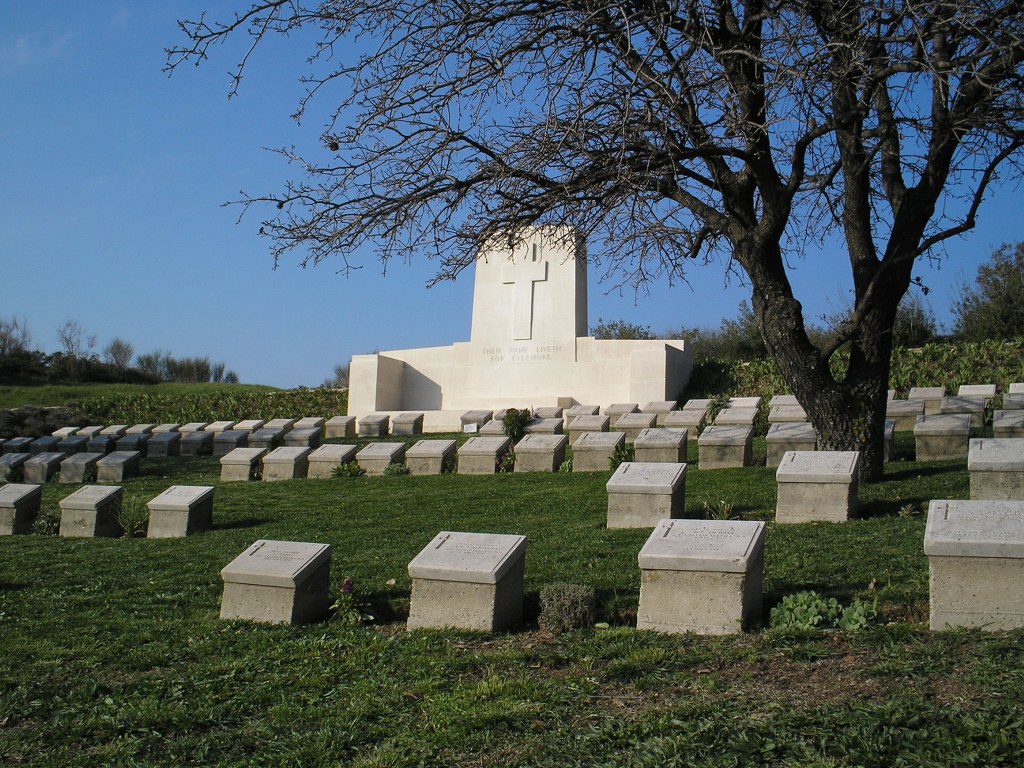 The Anzac and Suvla cemeteries are first signposted from the left hand junction of the Eceabat- Bigali Road. From this junction the cemetery will be found at 10.9kms. up a steep 200m path on the left of the road. This cemetery is on the track from the Wire Gully sector of the front line back to Anzac Cove and is not accessible by car.

The 4th Battalion, Australian Imperial Force, was drawn from New South Wales. From the end of April to the beginning of June, 1915, it buried 34 of its dead, and six from other units, in a cemetery on the road from Wire Gully to Anzac Cove (Bridges Road). This burial ground became known as the 4th Battalion Parade Ground Cemetery. It was enlarged after the Armistice by the concentration of 76 graves from the surrounding battlefields and from the following smaller cemeteries:-

The 3RD BATTALION PARADE GROUND CEMETERY, a little way to the South on the opposite side of the valley, which contained the graves of 31 soldiers of the 3rd Battalion, two of whom fell on the 25th of April and the remainder on the 19th-23rd May (in the Defence of Anzac).

The 22ND BATTALION PARADE GROUND CEMETERY, a little way South-East and behind Johnston's Jolly, which contained the graves of 13 soldiers of the 3rd Battalion and three others, who fell on the 16th-20th May.

The cemetery contains 116 First World War burials, 7 of them unidentified.