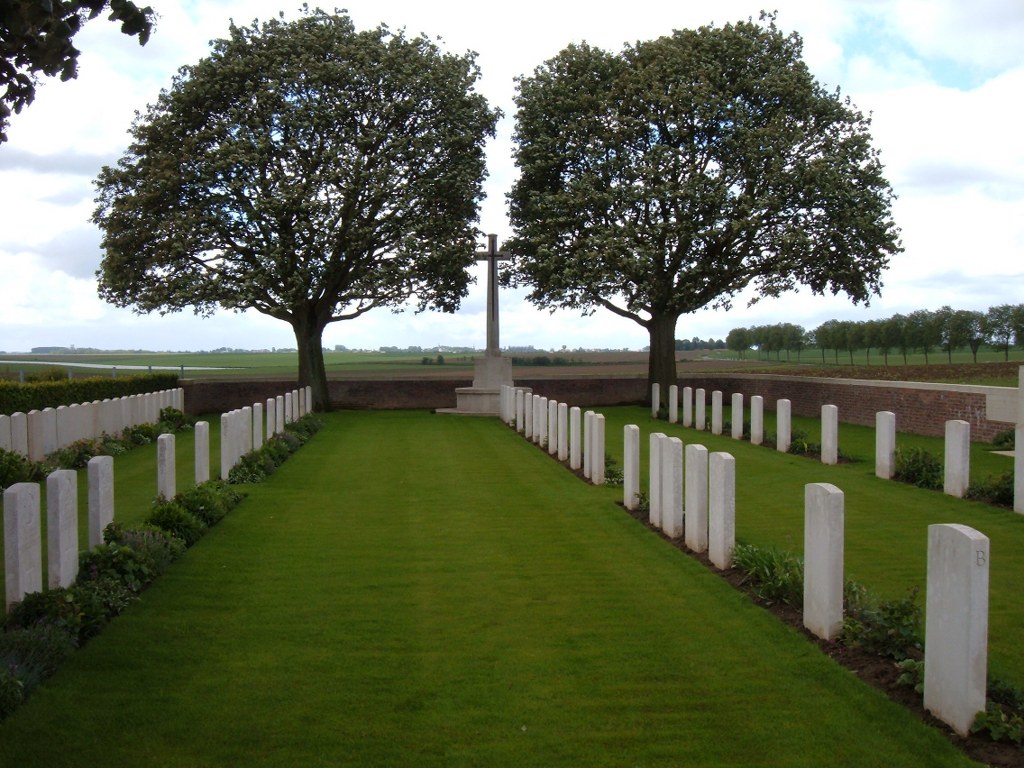 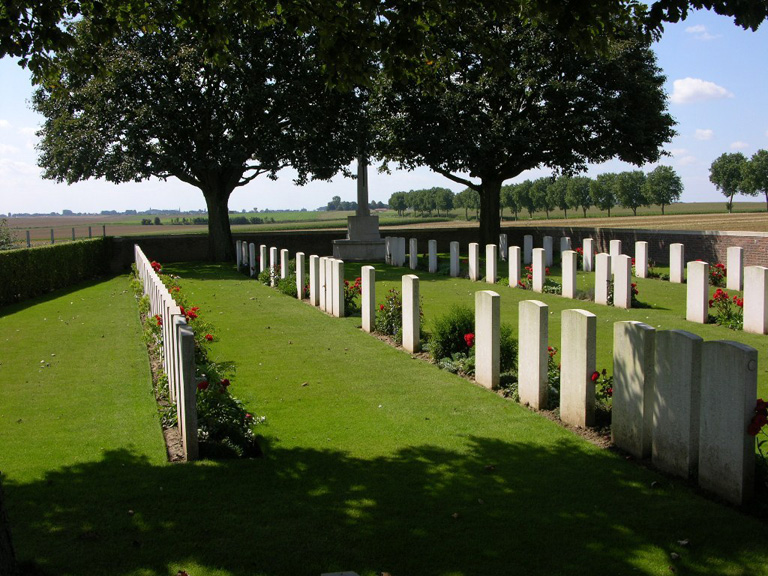 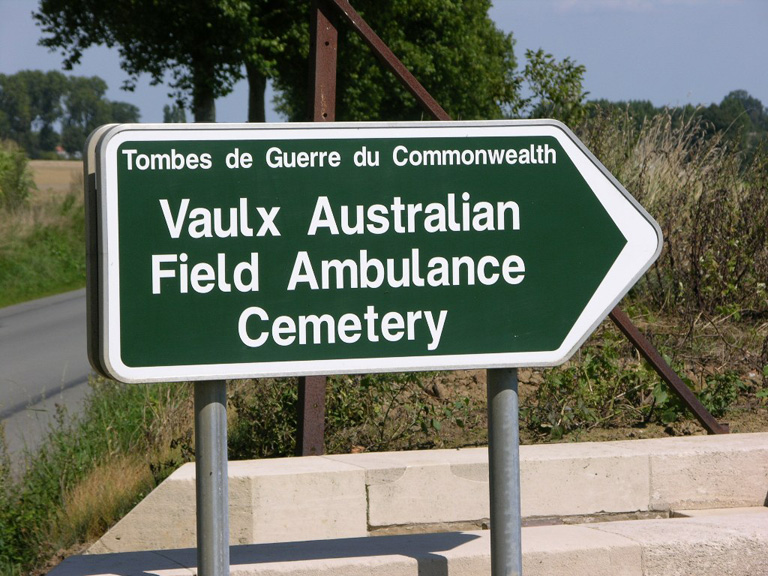 Vaulx-Vraucourt is a village in the Department of the Pas-de-Calais, about 6.5 kilometres north-east of Bapaume. From Bapaume take the D956 in the direction of Douai. Continue for 3 kilometres then turn right onto the D10E towards Vaulx Vraucourt. Vaulx Australian Field Ambulance Cemetery is a further 2 kilometres along this road, set approximately 200 metres in a field on the right.

Vaulx-Vraucourt was taken in the spring of 1917, lost (after severe fighting) in March 1918, and retaken in the following September. Vaulx Australian Field Ambulance Cemetery was begun in April 1917 and used until February 1918. The Germans then buried in it,and one further Commonwealth burial was made in August. The cemetery contains 52 Commonwealth burials of the First World War, one of which is unidentified, and 61 German war graves.