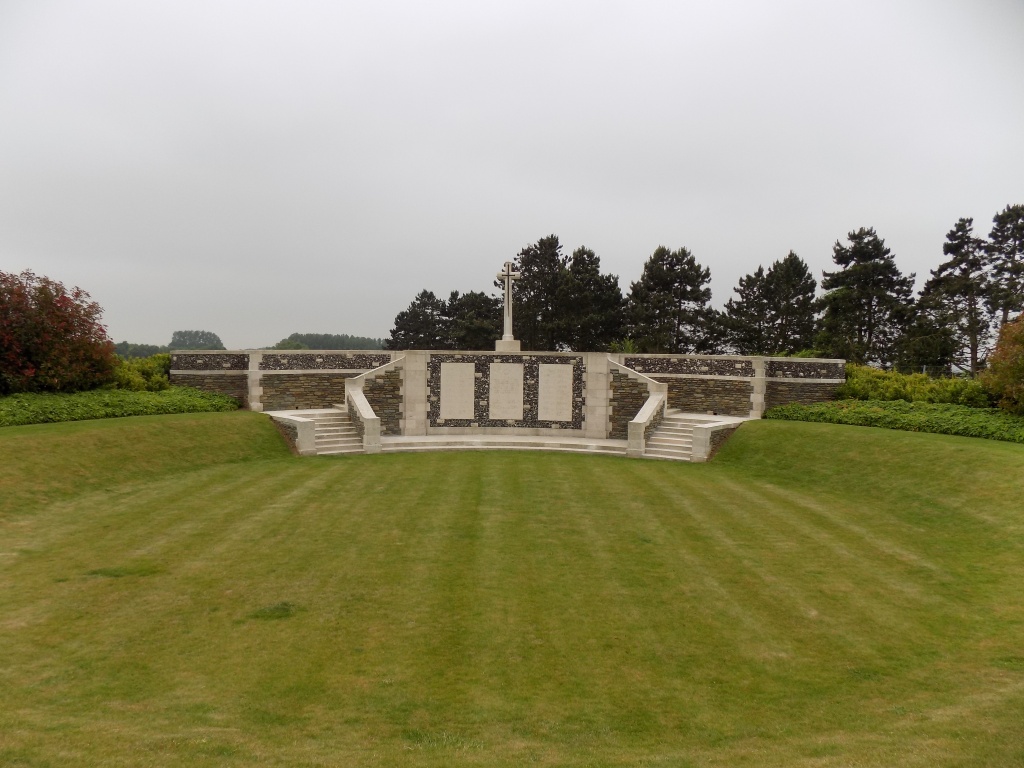 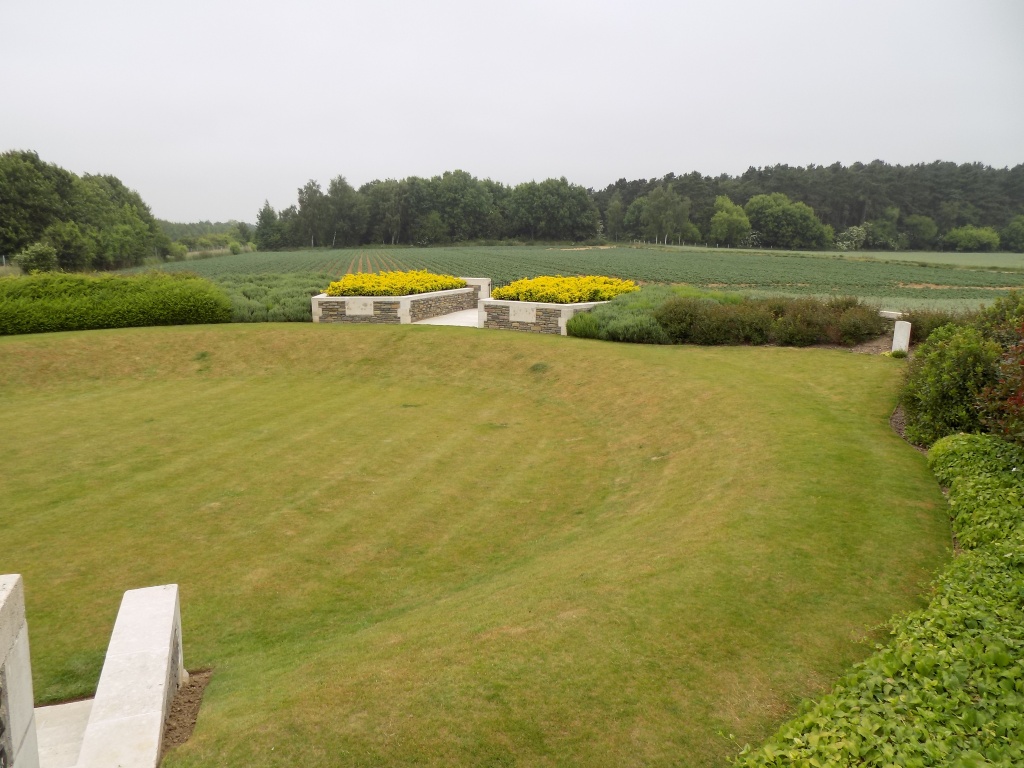 Lichfield Crater is a small cemetery situated by the hedge of the motorway A26 (Paris-Calais) behind the village of Neuville St Vaast. On entering Neuville St Vaast follow the directions for the Vimy Canadian Memorial and take the third road on the right toward the wood, go over the motorway and take the first right towards the fields. The cemetery lies in a field approximately 450 metres from the crossroads.

Lichfield Crater was one of two mine craters (the other being Zivy Crater) which were used by the Canadian Corps Burial Officer in 1917 for the burial of bodies found on the Vimy battlefield. The numerous groups of graves made about this time by the Canadians were not named as a rule, but serially lettered and numbered; the original name for Lichfield Crater was CB 2 A. The crater is essentially a mass graves and contains 57 First World War burials, 15 of them unidentified. All of the men buried here died on 9 or 10 April 1917 with one exception, a soldier who died in April 1916, whose grave was found on the edge of the crater after the Armistice and is the only one marked by a headstone. The names of the rest of those buried in the crater are inscribed on panels fixed to the boundary wall. The cemetery was designed by W H Cowlishaw.