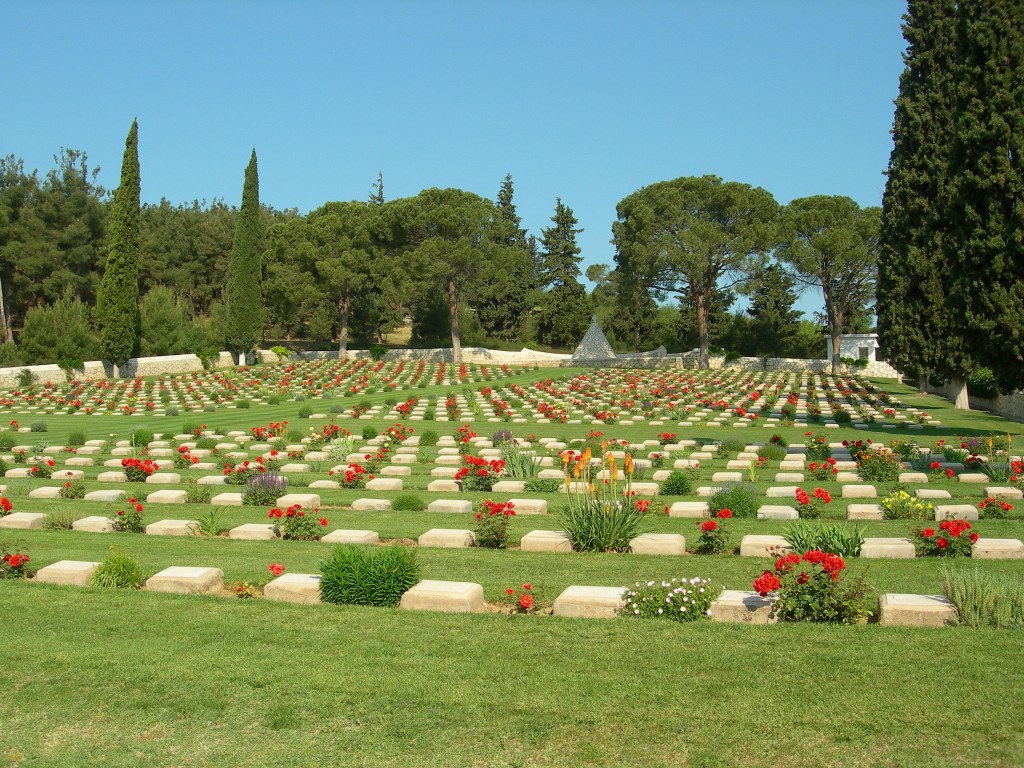 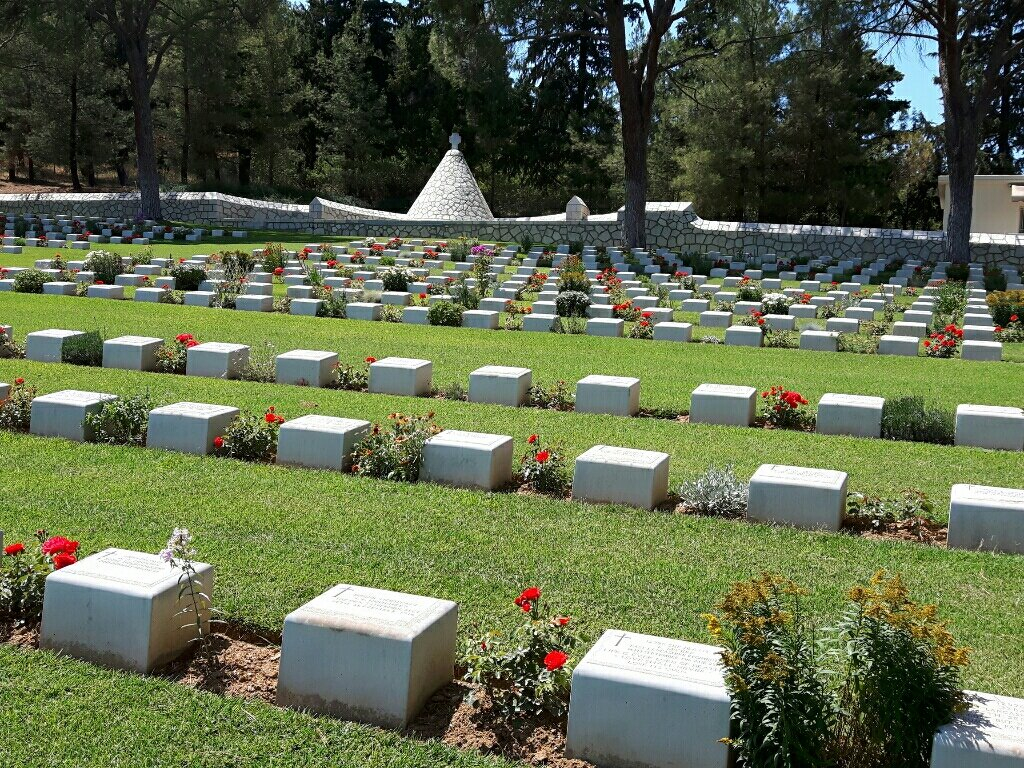 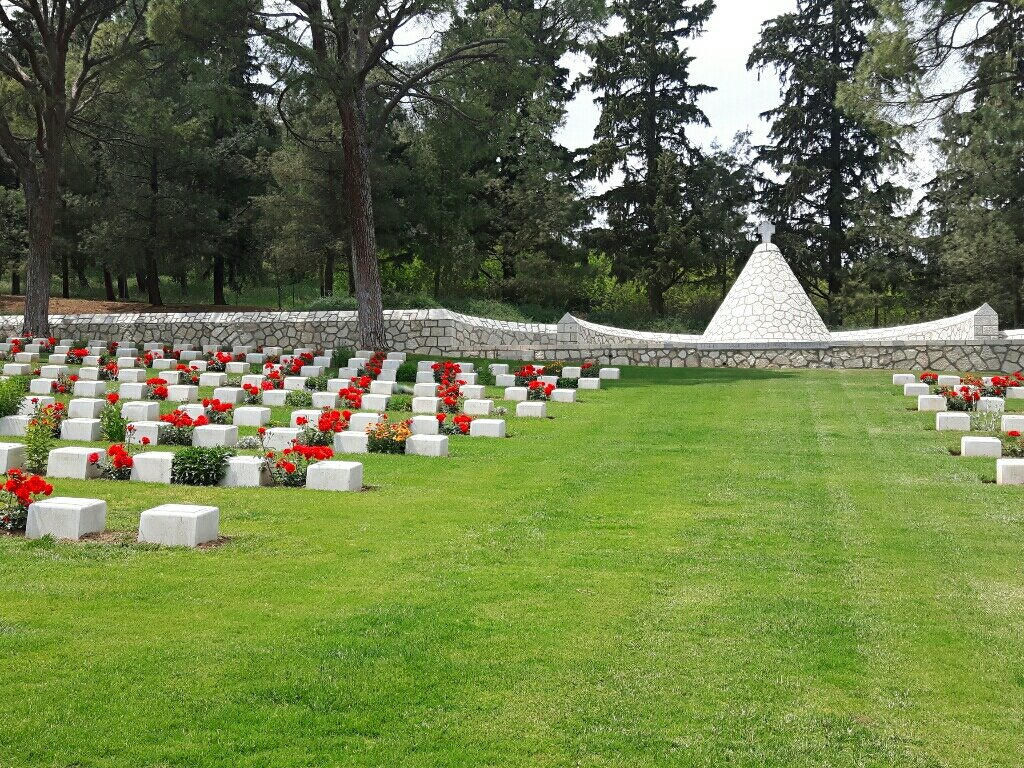 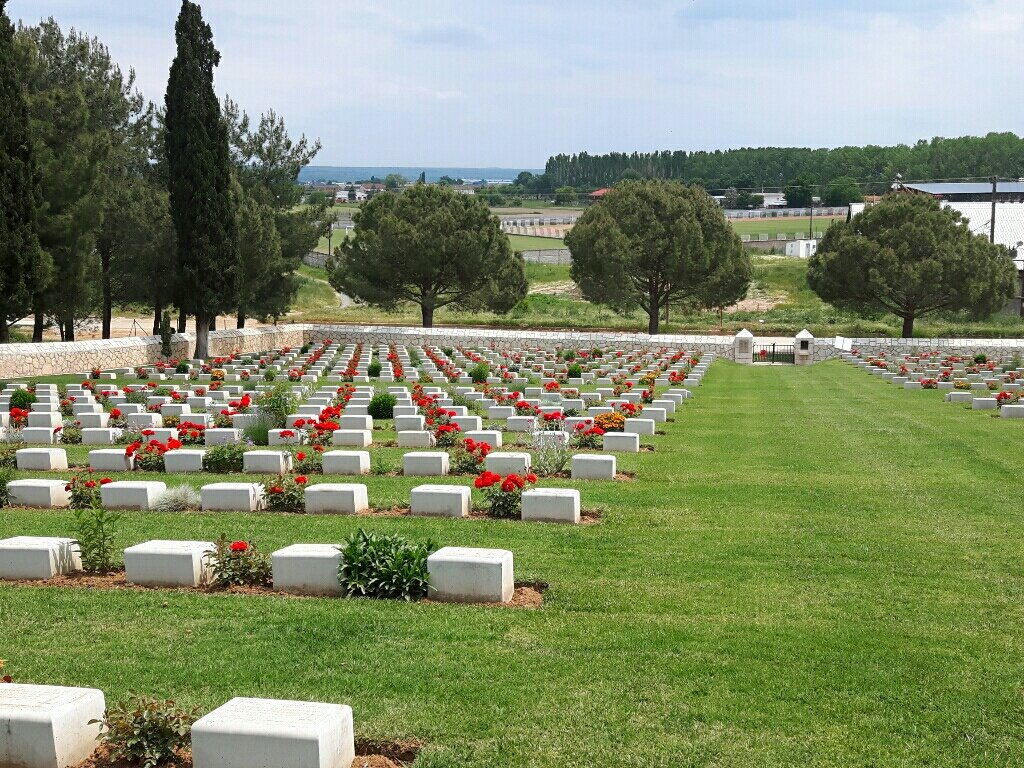 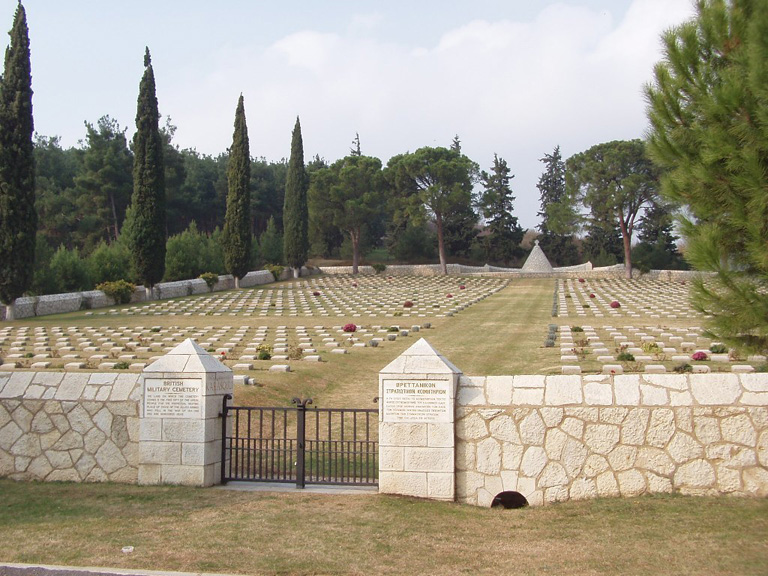 Karasouli Military Cemetery is on the edge of the town of Polykastro (formerly Karasouli) which lies some 73 kilometres from Thessaloniki, between the River Axios (Vardas) and the south end of Lake Ardzan (now dry and replaced by a reservoir). The cemetery is behind the football stadium and is next to the Civil Cemetery. Take the main highway north from Thessaloniki to Evzoni & Skopje. After approximately 70km take the exit signed Kilkis and Polykastro where you shall pick up the CWGC signs that shall lead you into Polykastro and to the cemetery.

The cemetery was begun in September 1916 for the use of casualty clearing stations on the Doiran front. At the Armistice, it contained about 500 burials but was greatly increased when graves were brought in from the following cemeteries:

Hadzi Bari Mah (also known as Haji Bari Mahalesi) is a village at the foot of the mountains 14 miles West of Lake Doiran, across the Vardar river. The Military Cemetery, South of the village, was in use only from the 25th August to the 17th September 1918. It contained 61 British and 2 Bulgar graves, and 46 of these were the graves of men of the 10th Hampshires and the 2nd Gloucesters who captured the enemy salient here on the 1st September.

Senelle Ravine, a front line position between Doiran town and the Greek border, where the British cemetery contained 95 British graves.

Gugunci (properly Chuguntsi), a village about four miles North-East of Caussica, where between August 1916, and September 1918, the Field Ambulances buried 154 British soldiers.

Doldzeli (or La Tortue, or Torquay), a front-line cemetery a mile South West of Lake Doiran with 23 British graves.

Reselli (or Ereselli), a village three miles North-West of Caussica, where the 13th Manchesters began a cemetery of 31 British graves.

Kilindir (or Krundirtsi), a village with a railway junction three miles South of Lake Doiran, where 45 British soldiers were buried in two cemeteries.

Ardzan (Arjan, or Harajinovo), a village two miles West of Caussica, where the 12th Cheshires began a front-line cemetery of 22 British graves.

Kalinova is a village two miles North East of Caussica, at the foot of the hills which stand between Lakes Ardzan and Doiran. The Military Cemetery, used by Field Ambulances from October 1917, to September 1918, contained at the Armistice 52 British graves; but early in 1919 there were brought into it the British graves from the Military Cemeteries of-

Cidemli, a village 2.5 miles to the North, where the small cemeteries of the 8th D.C.L.I. and the 117th Brigade, R.F.A., and two others contained 30 British graves.

Senelle Ravine, where 35 British soldiers were buried in the French Military Cemetery.

Horseshoe Hill, captured by the O.B.L.I. in August 1916, a cemetery on the Greco Serbian boundary which held 162 British graves and was largely used in the fighting of April 1917.

Whaleback, Worcester Post, Bastion Hill, Crow Hill, Kidney Hill, Scratchbury Hill, Christmas Ravine, Clichy and other points named from positions opposite the Petit Couronne and the Grand-Couronne, where 94 British soldiers in all were buried.