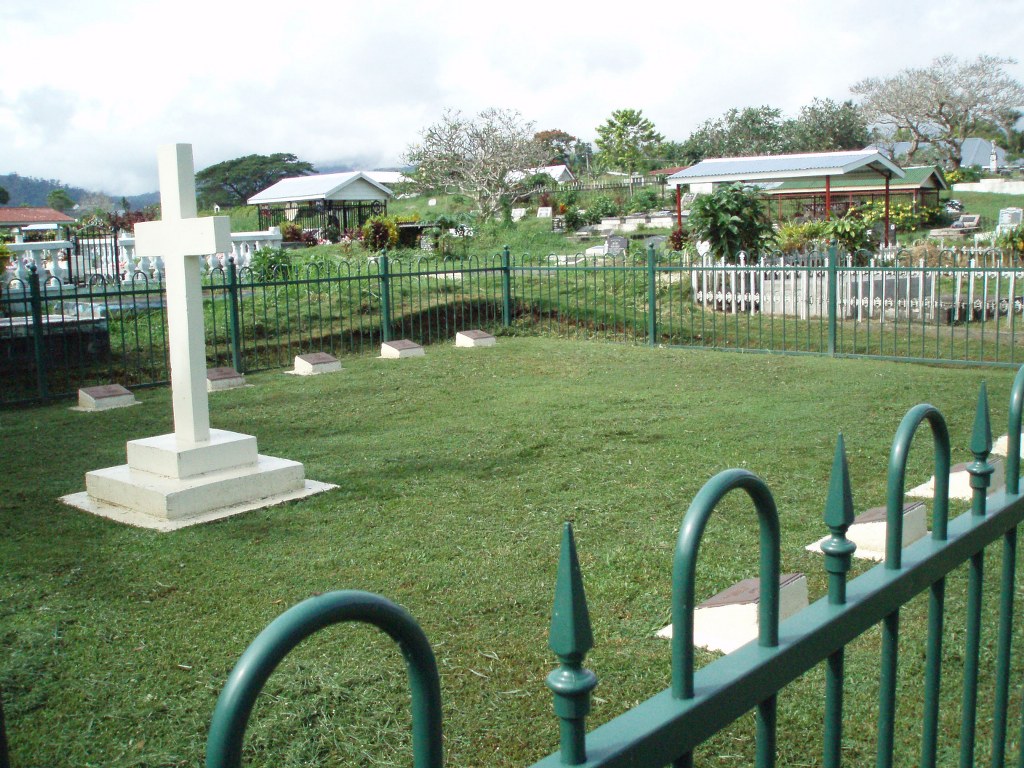 Magiagi Cemetery, Apia is on the island of Upolu, Western Samoa. It includes a War Graves Plot.

Western Samoa, consisting of two main and two smaller islands and several islets, was a German possession from 1899 until 29 August 1914, when Apia was seized by a force from New Zealand. The territory remained in military occupation until 1920, when the Mandate for its administration was granted to New Zealand by the League of Nations. The war graves plot in Magiagi Cemetery contains 11 Commonwealth burials of the First World War, and the grave of one airman of the Second World War.