Casualties within the Indian section of this cemetery were originally commemorated by a nameless memorial with their names added to a cemetery register. In 2000, their names were added to the memorial. 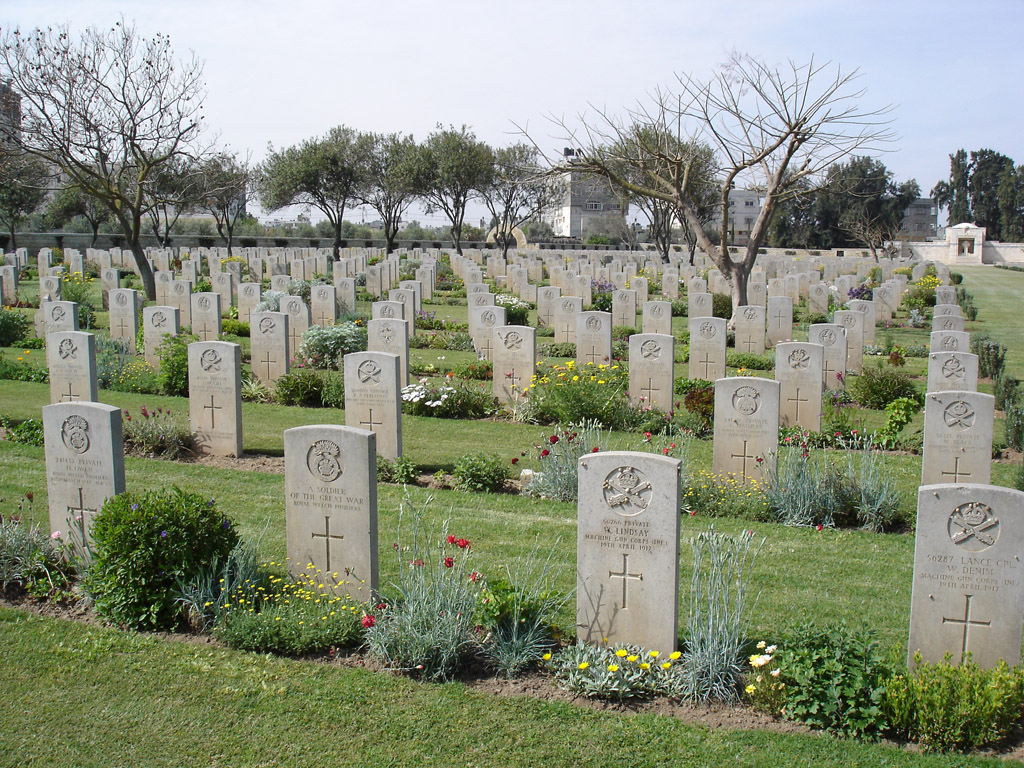 An Oasis of calm 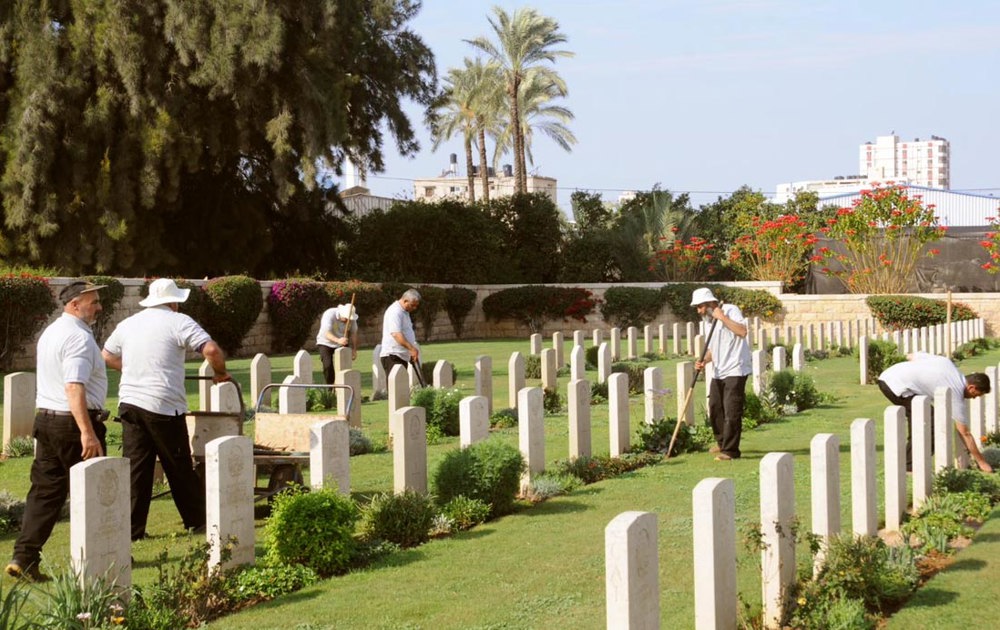 The region’s instability spills onto the global news on a weekly basis, impacting the daily lives of those who live and work there. But the Commission isn’t in the game of politics. We’re gardeners and guardians of heritage. 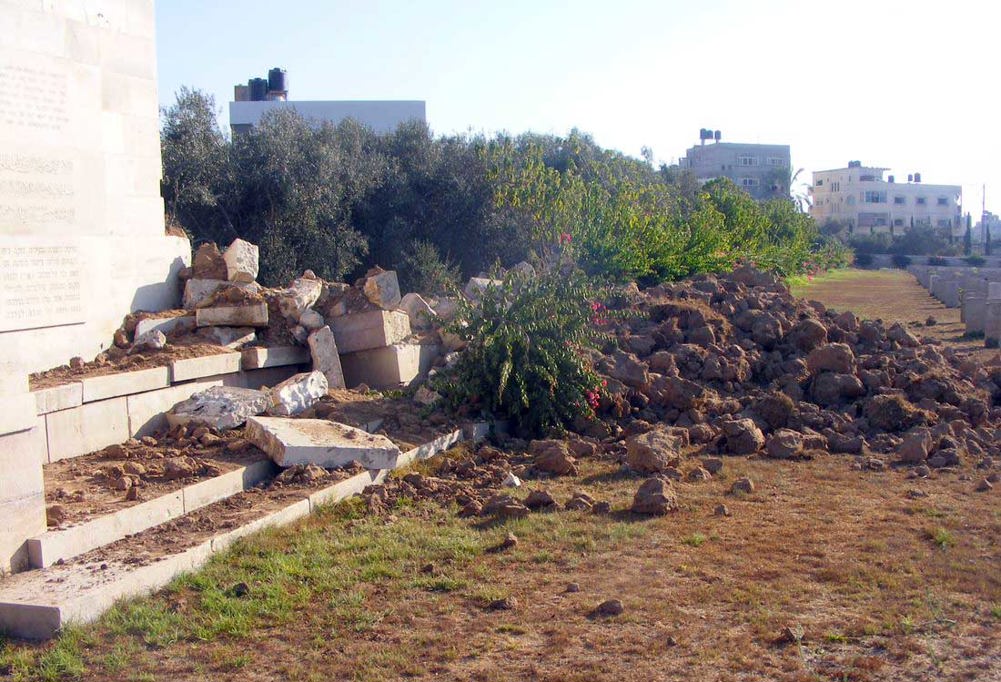 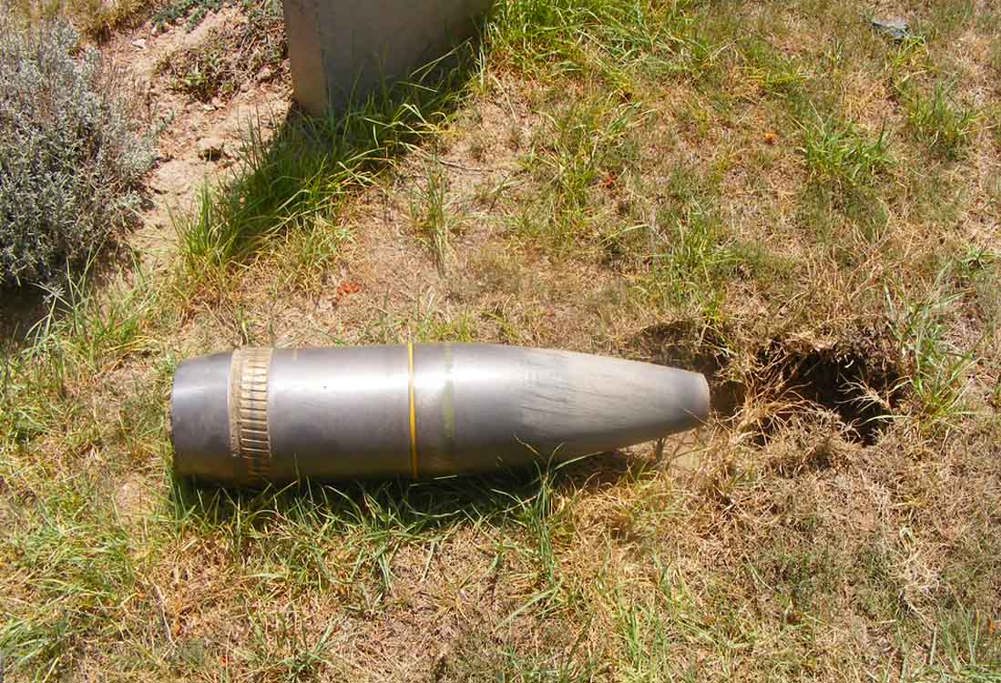 Many times in the history of Gaza War Cemetery, the site has been caught in the crossfire.

When chaos reigns outside the walls of our cemeteries here, the local team does as much as they can to maintain a sense of calm and normality within.

The setbacks they face are significant. Sometimes our sites get caught in the crossfire. Gaza War Cemetery has been hit three times in the last decade alone; on one occasion nearly 300 headstones were damaged. 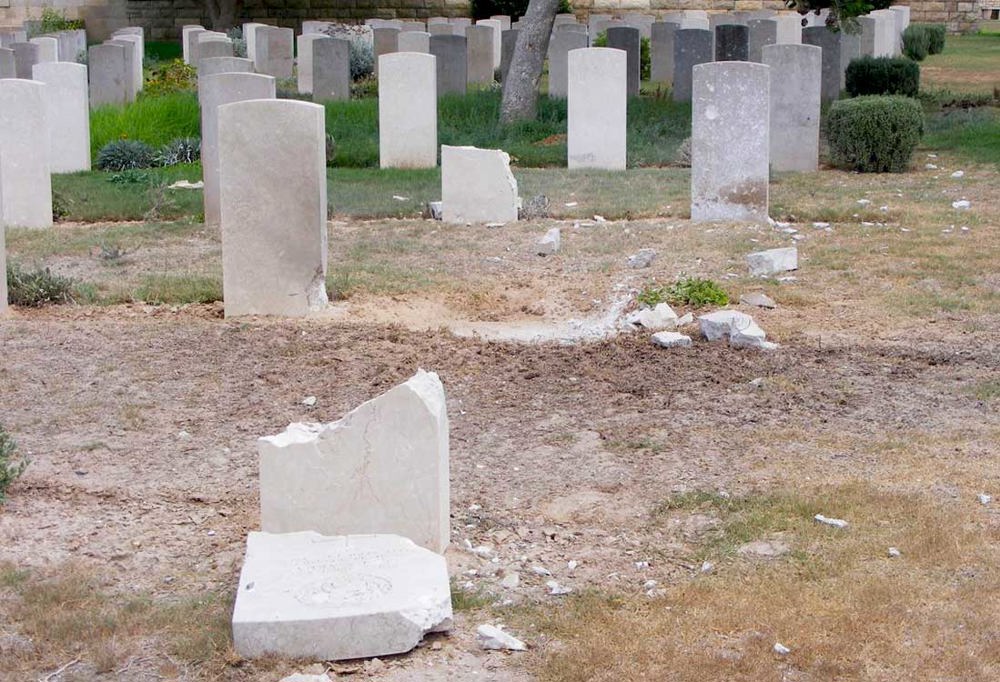 On one occasion, nearly 300 headstones were destroyed by a stray missile.

A former gardener used to talk of once chasing armed militants away with his broom. Today, we insist staff look after themselves first. But even when things are calmer they face continual issues.

The Gaza Strip suffers from major water and electricity shortages – a big problem when your job is maintaining a garden cemetery. The last time petrol ran out, staff modified machinery to run on gas.

Just getting equipment through the tight border controls can be a problem. Something as simple as a replacement lawnmower can take months, sometimes years, to arrive. 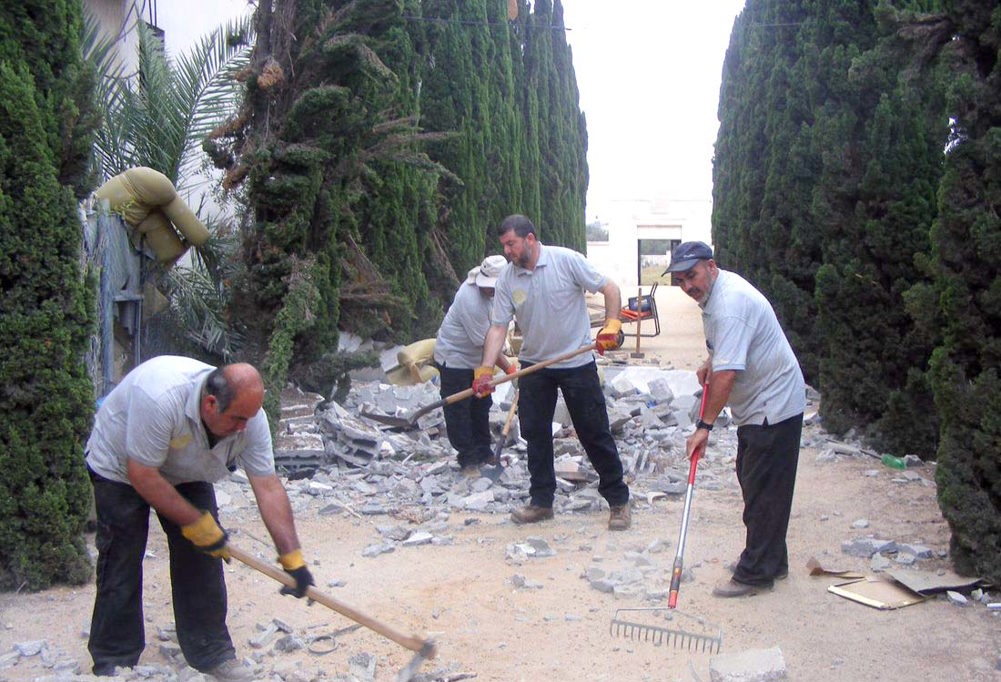 Once it's safe to return, staff are quick to clean up and begin repairs.

In spite of all of this, our dedicated and resourceful team continue to do the Commission proud. On top of the impressive standards, the war cemeteries are used as a teaching spaces too.

In an area where conflict and loss are all too fresh in people’s minds, team member Ibrahim Jaradah – the fourth generation of his family to work for us – guides groups of local children, reminding them that every life lost, no matter the cause, is something that should be remembered.

He said: “Our responsibility is not easy. Our task is to preserve these cemeteries against many challenges. We feel the weight of expectations, but we also feel the importance of our work.” 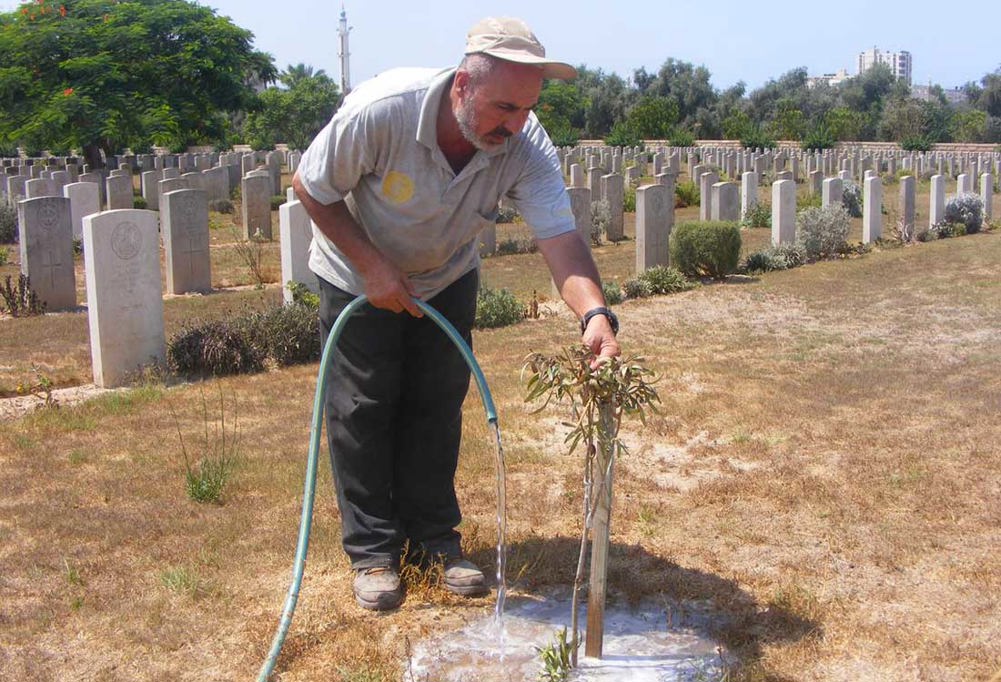 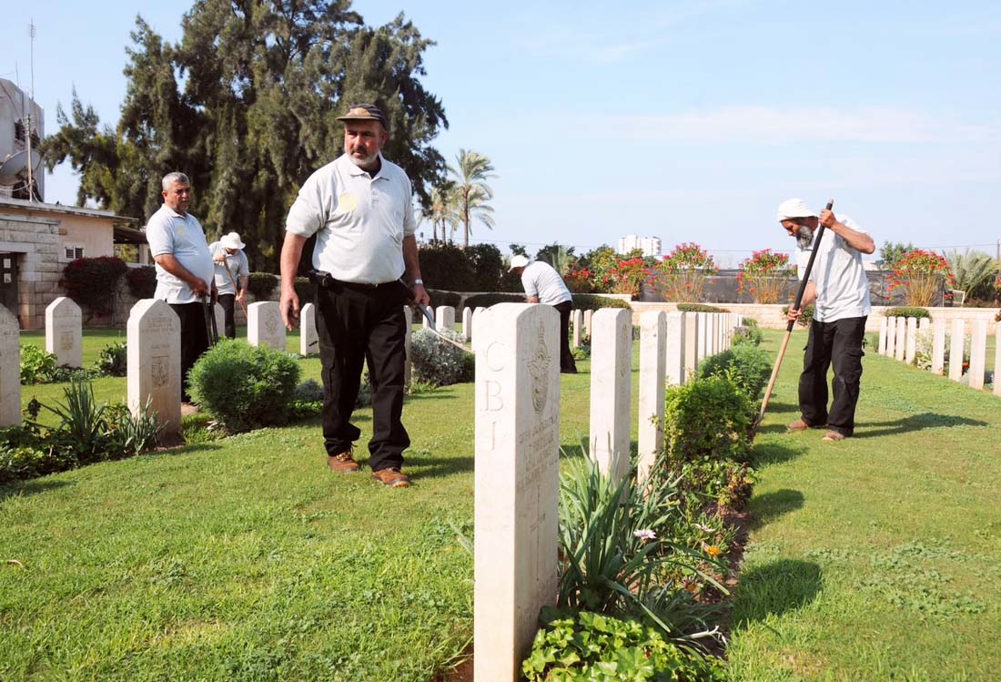 Despite the difficulties our team in Gaza have created a real oasis of calm.

Gaza was bombarded by French warships in April 1915. At the end of March 1917, it was attacked and surrounded by the Egyptian Expeditionary Force in the First Battle of Gaza, but the attack was broken off when Turkish reinforcements appeared. The Second Battle of Gaza, 17-19 April, left the Turkish forces in possession and the Third Battle of Gaza, begun on 27 October, ended with the capture of the ruined and deserted city on 7 November 1917. Casualty Clearing Stations arrived later that month and General and Stationary hospitals in 1918.