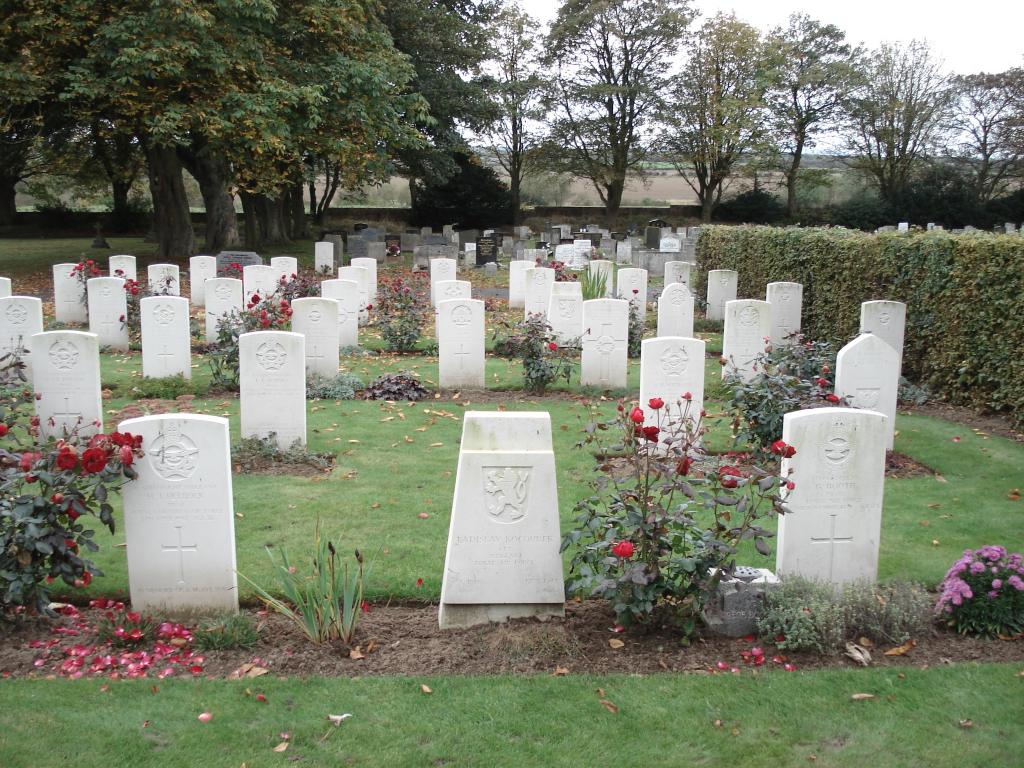 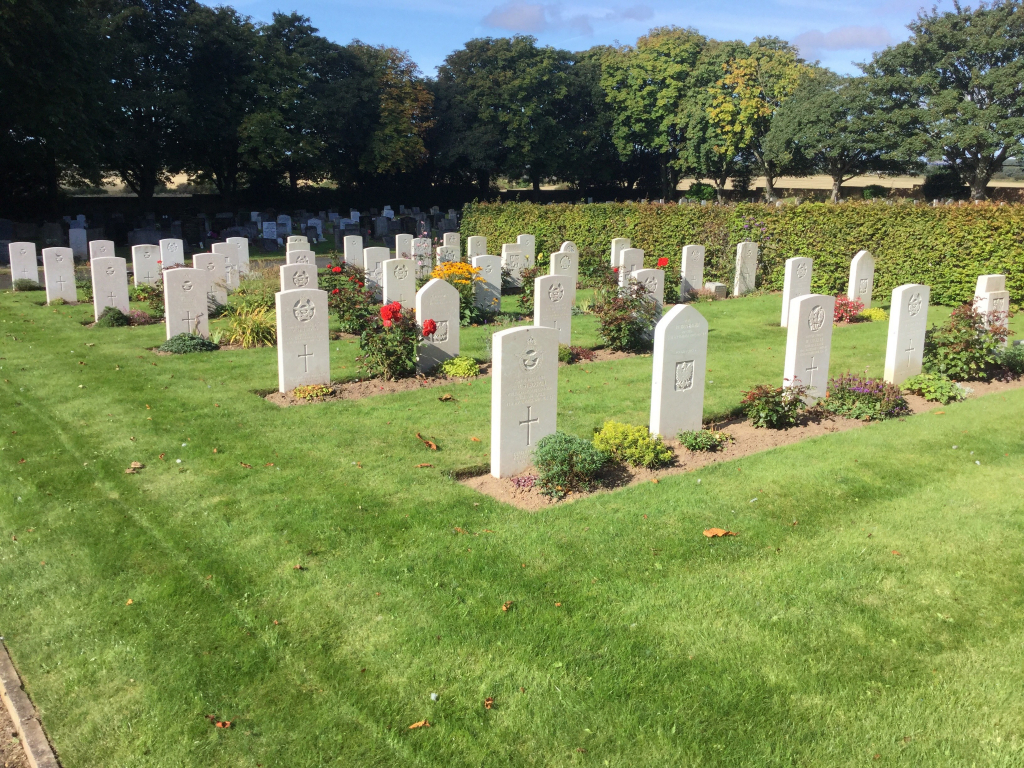 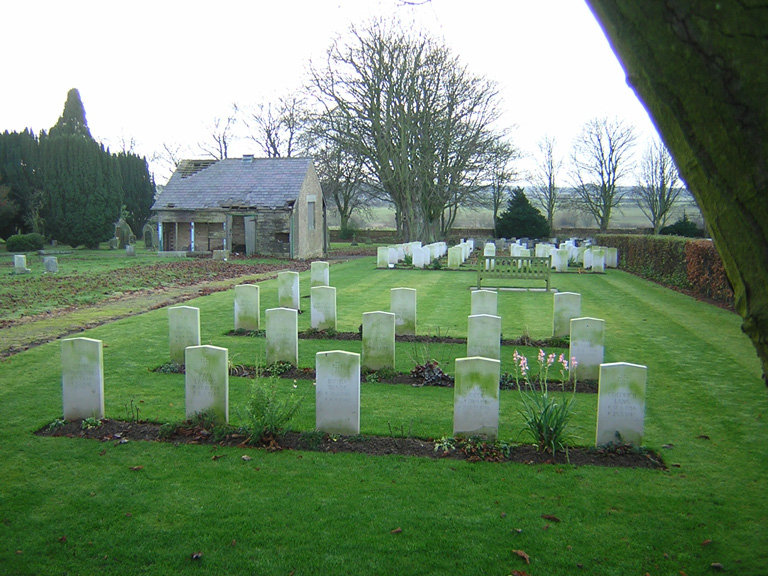 During the Second World War there was a Royal Air Force Sector Airfield at Acklington and the majority of the war burials from this period at nearby Chevington Cemetery are of airmen. Most of these graves are grouped together in a war graves plot behind the chapel. Elsewhere in the cemetery are six burials of the First World War. The cemetery also contains three Polish war graves and a separate group of 17 German burials near the war graves plot.