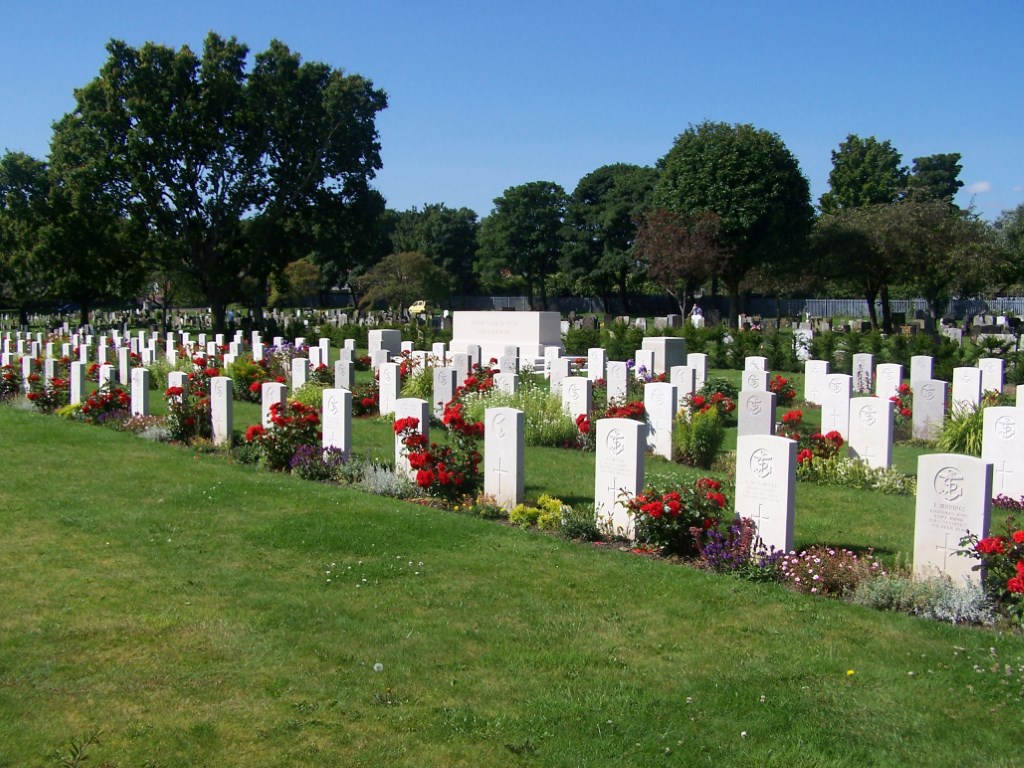 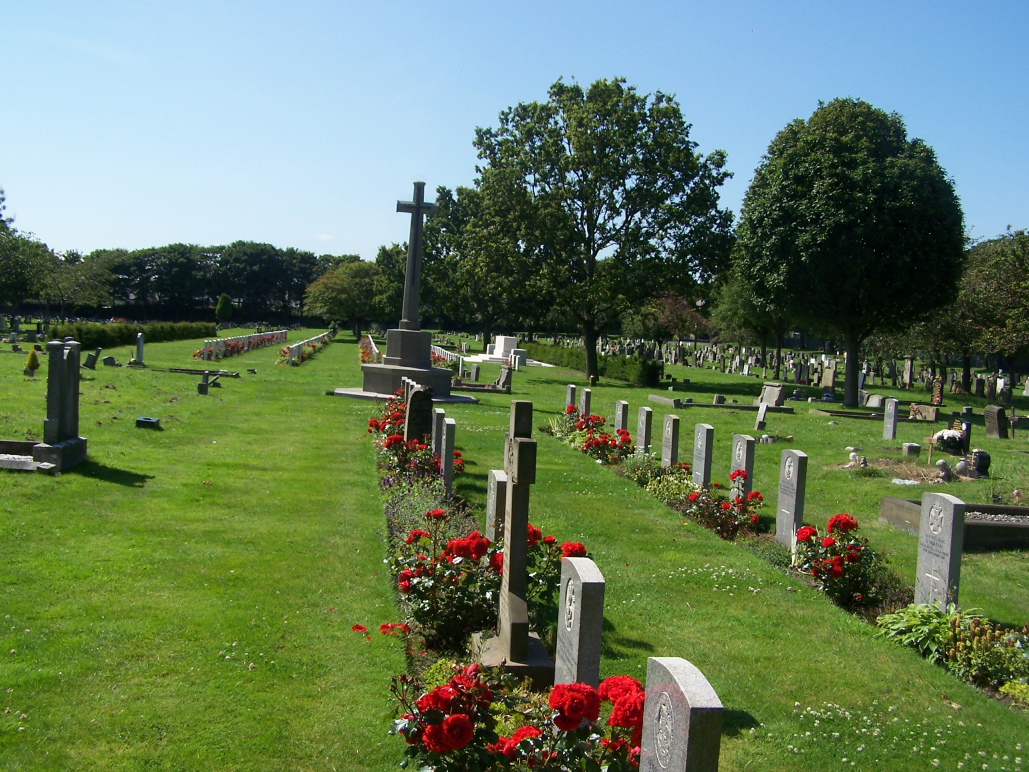 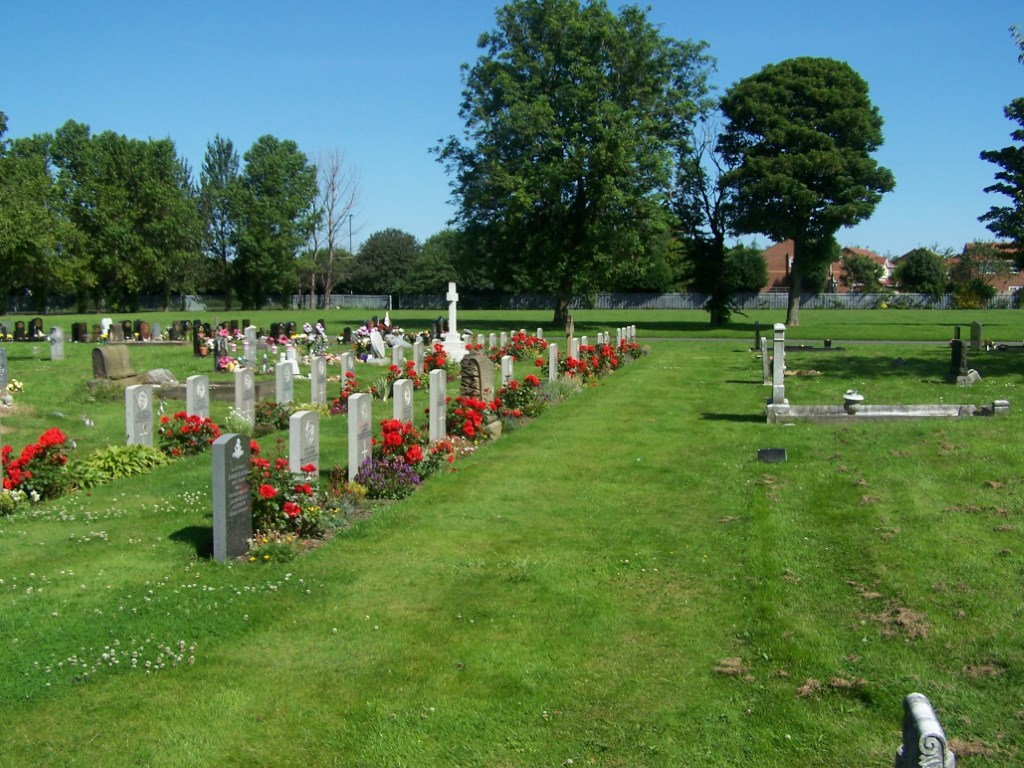 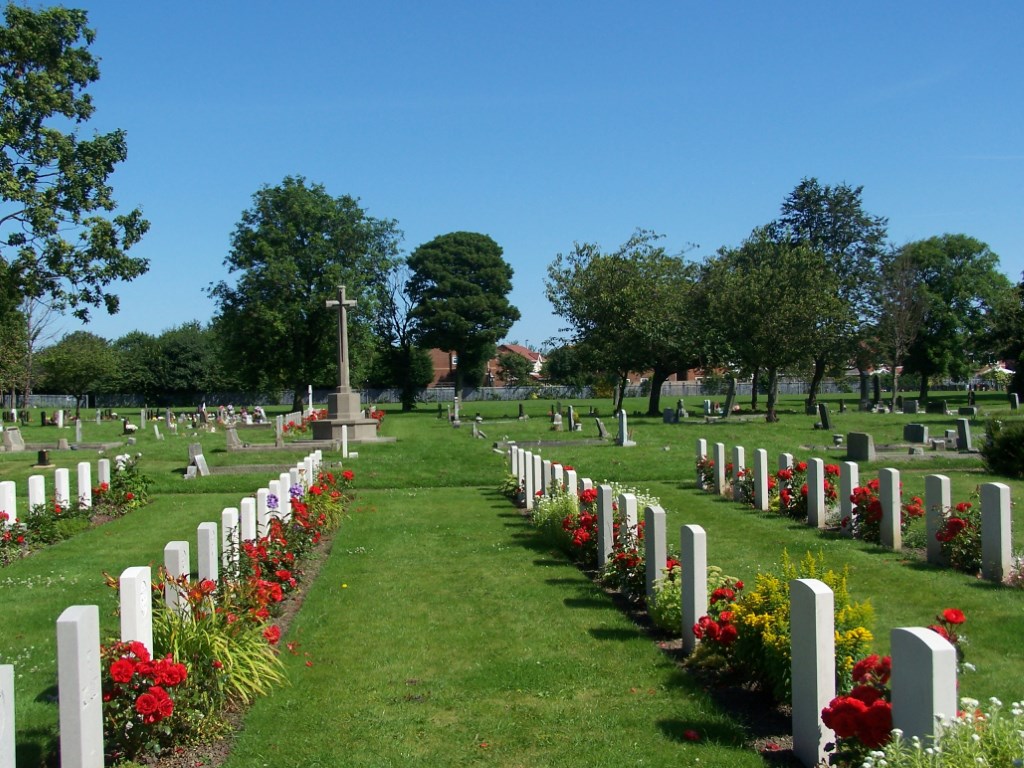 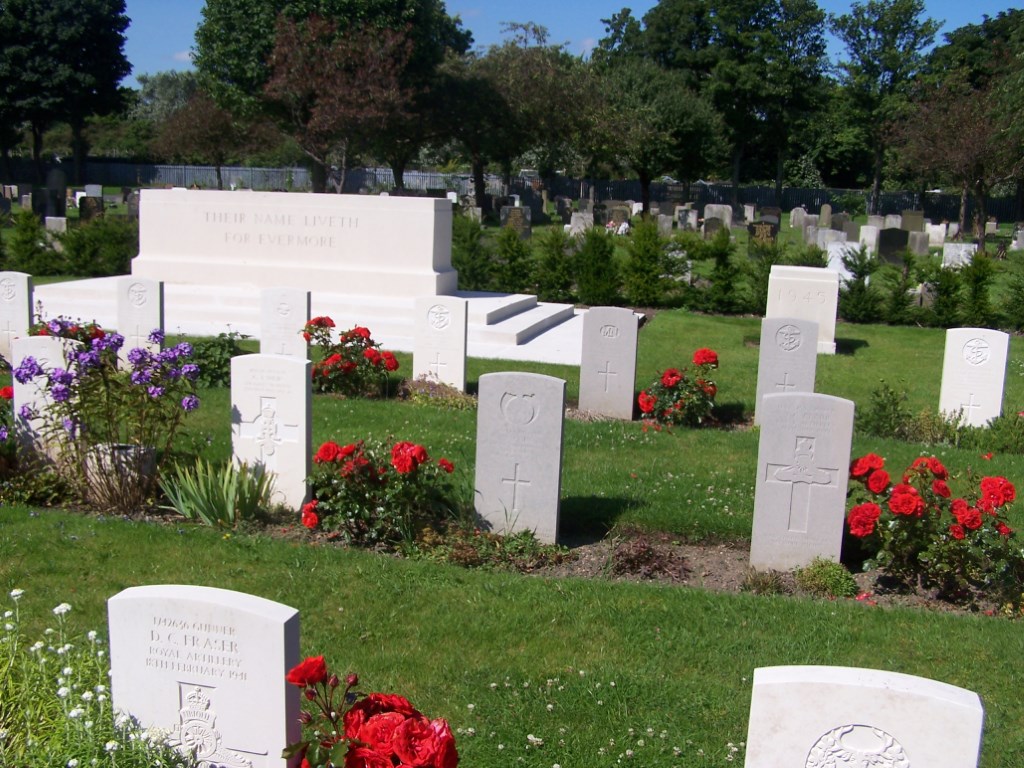 Most of the 152 First World War burials in Tynemouth (Preston) Cemetery are distributed throughout the cemetery, but there is a small war graves plot in the north-western part. Opposite this is a plot containing most of the 223 Second World War burials. This total includes 26 men of H.M.S."Patia", sunk off the coast of Northumberland following an air attack in April 1941. The rest of the war graves are scattered throughout the cemetery. 5 of the Second World War burials are unidentified sailors of the Royal Navy. There is also 1 French Navy war burial and 5 non-war service burials here.