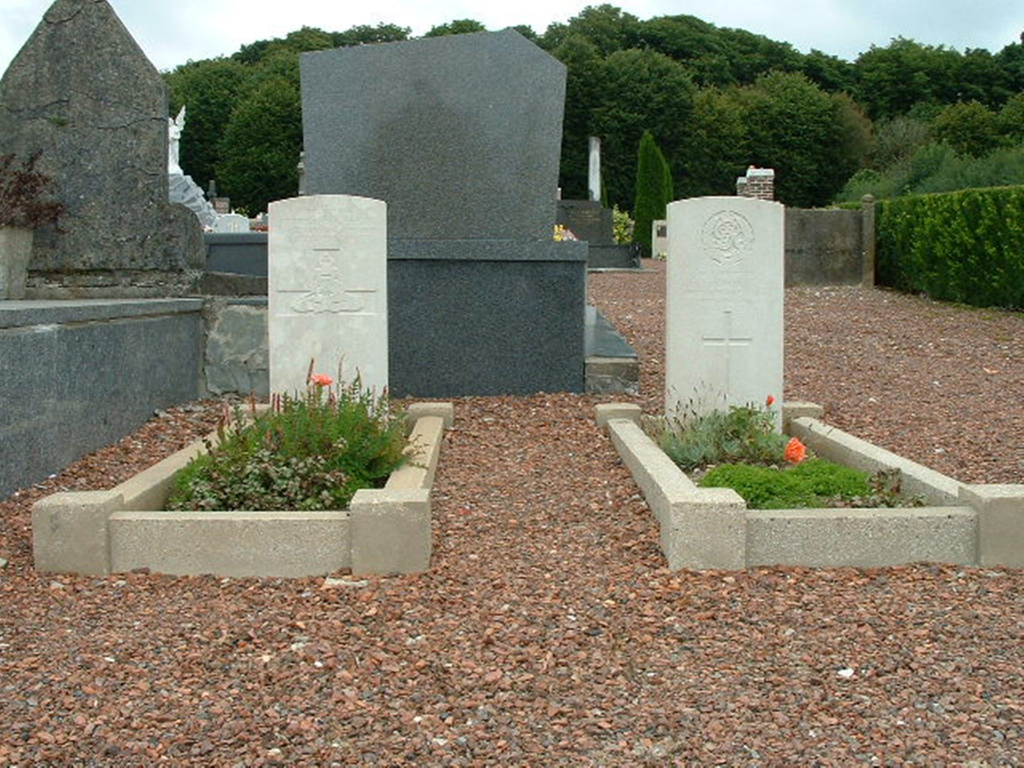 Avesnes-le-Comte is a large village in the Department of the Pas-de-Calais, approximately 16 kilometres west of Arras and 17.5 kilometres south-east of St. Pol. The Communal Cemetery lies between the road to Givenchy-le-Noble (D8) and a side road to the station about 1 kilometre north-west of the village, and the extension is on the western side of it.

The village of Avesnes-le-Comte was for some time the VI Corps headquarters. The 37th and 30th Casualty Clearing Stations were there from April 1916, the 42nd in June 1916, and the 41st in January 1917.

The communal cemetery contains 2 Commonwealth burials of the First World War, both made in April 1916. Thereafter, burials were made in the extension, which contains 333 graves, 4 of which are unidentified. Most of these were from the 37th CCS which stayed in the village until July 1917.

The Extension was designed by Charles Holden.