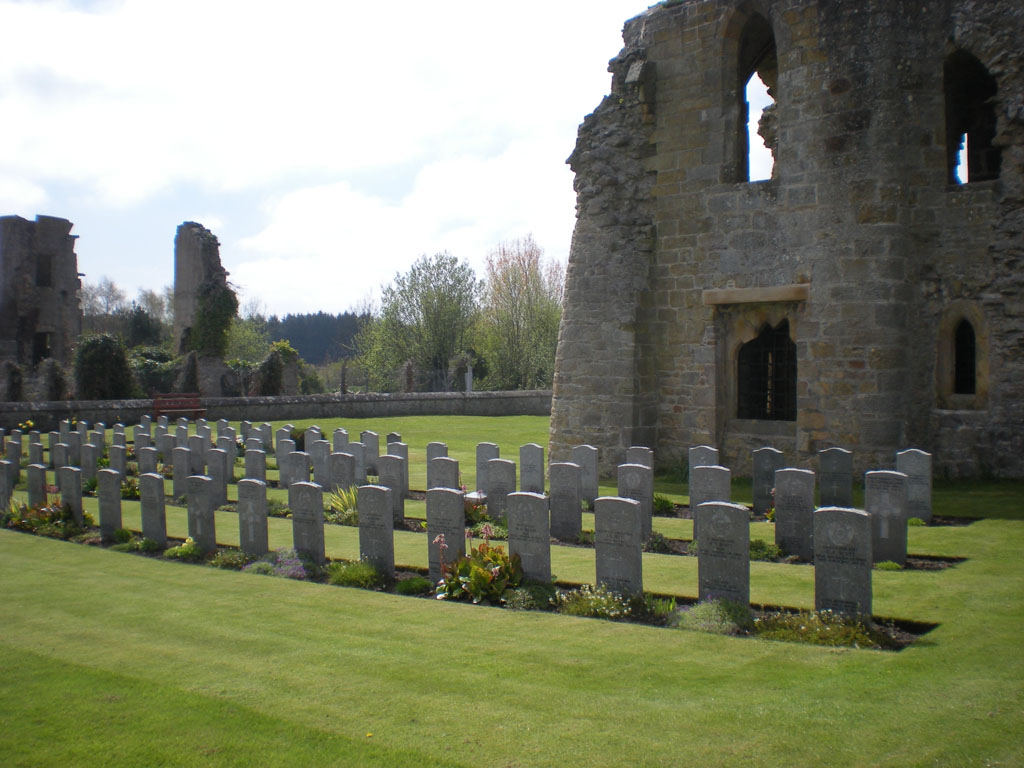 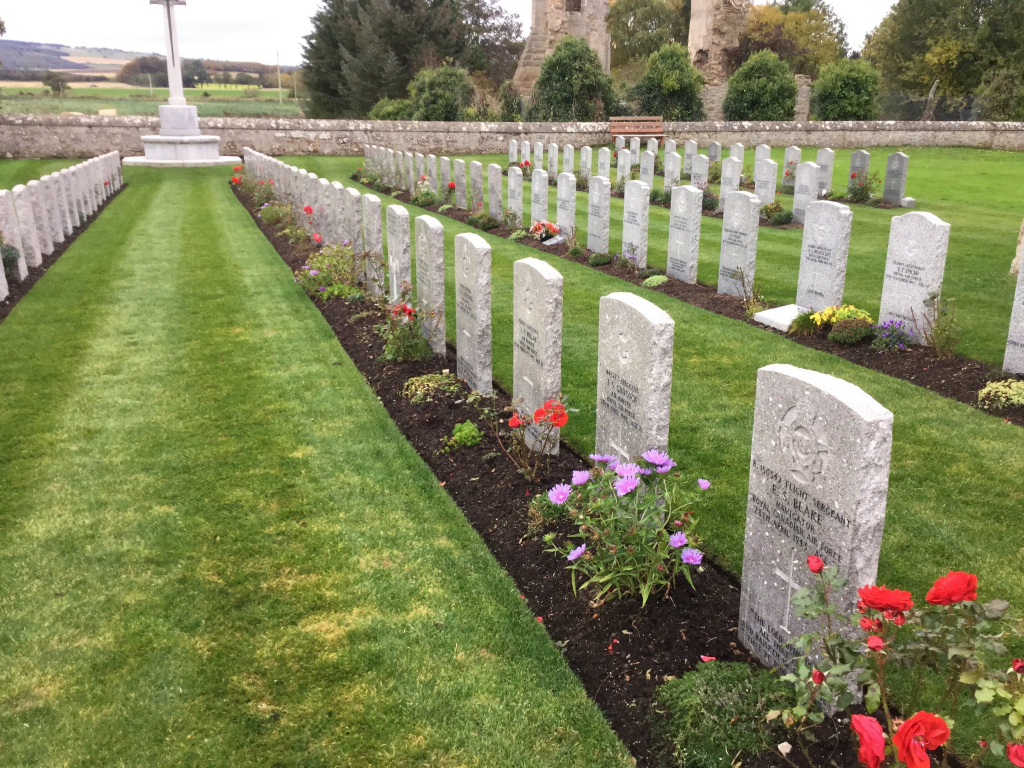 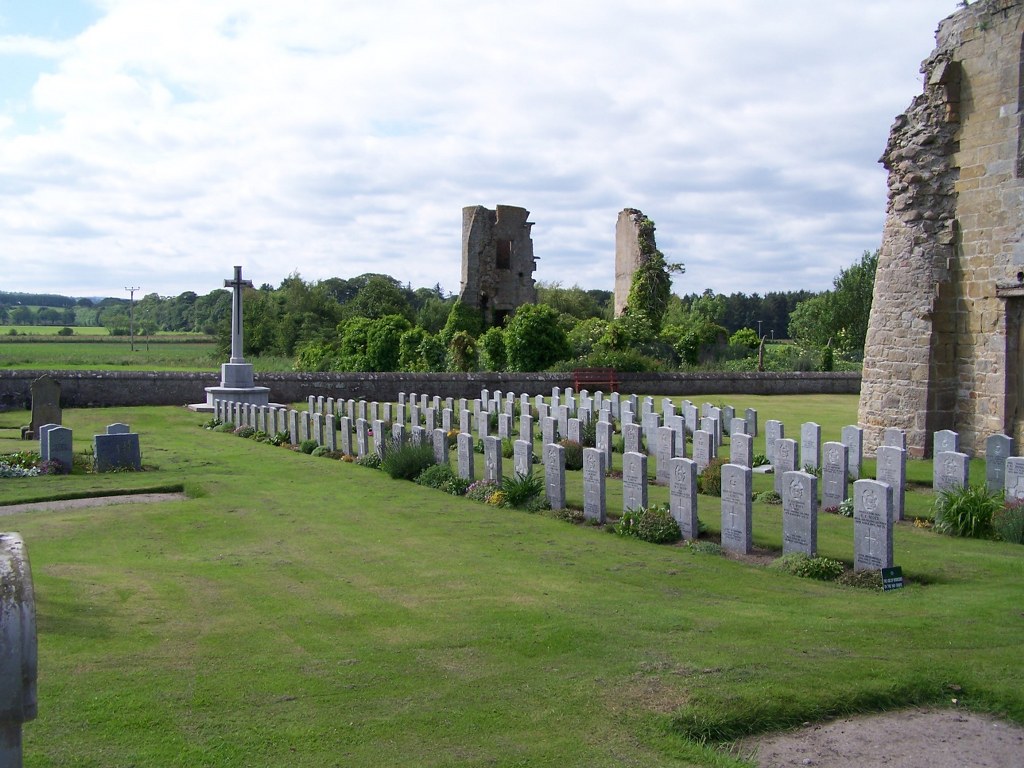 Kinloss Abbey Burial Ground is at the south-west end of Kinloss. The entrance to the site is off the B9089. The site contains the ruins of an ancient abbey, founded by David I in 1150 or 1151, which can be seen from the main road.

There was a Royal Air Force Training Station at Kinloss aerodrome during the 1939-1945 War.

During the early part of the 1939-1945 War a special plot was set aside for service war burials, and all but three of the war graves are in this plot. Elsewhere in the burial ground there is one 1914-1918 War grave.

A Cross of Sacrifice is erected at the far end of the plot overlooking the graves.