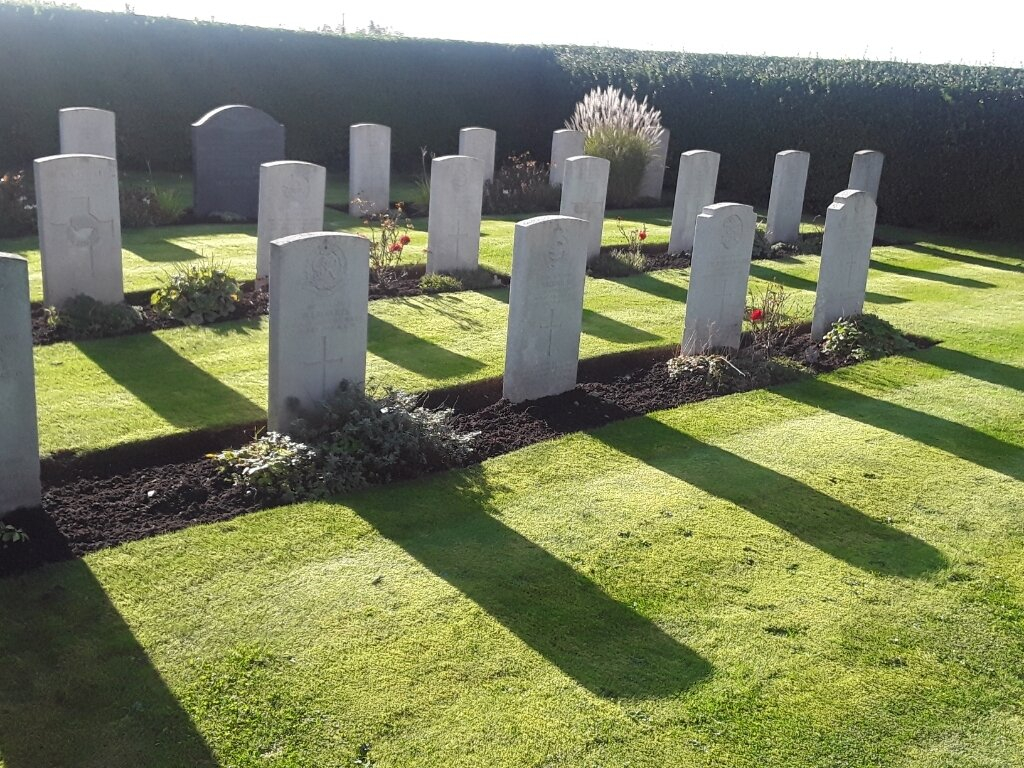 This cemetery, on the road to Bryncrug, belongs to the Urban District Council. Neptune Hall, Towyn, was used as an Internment Camp.

The majority of the war graves in this cemetery are those of airmen belonging to the Commonwealth Air Forces, some of whom were attached to Royal Air Force units in the district. There are 3 Commonwealth burials of the 1914-18 war here. There are a further 25 of the 1939-45 war, 1 being an unidentified airman of the R.A.F. There are also 4 non-war Service burials here.