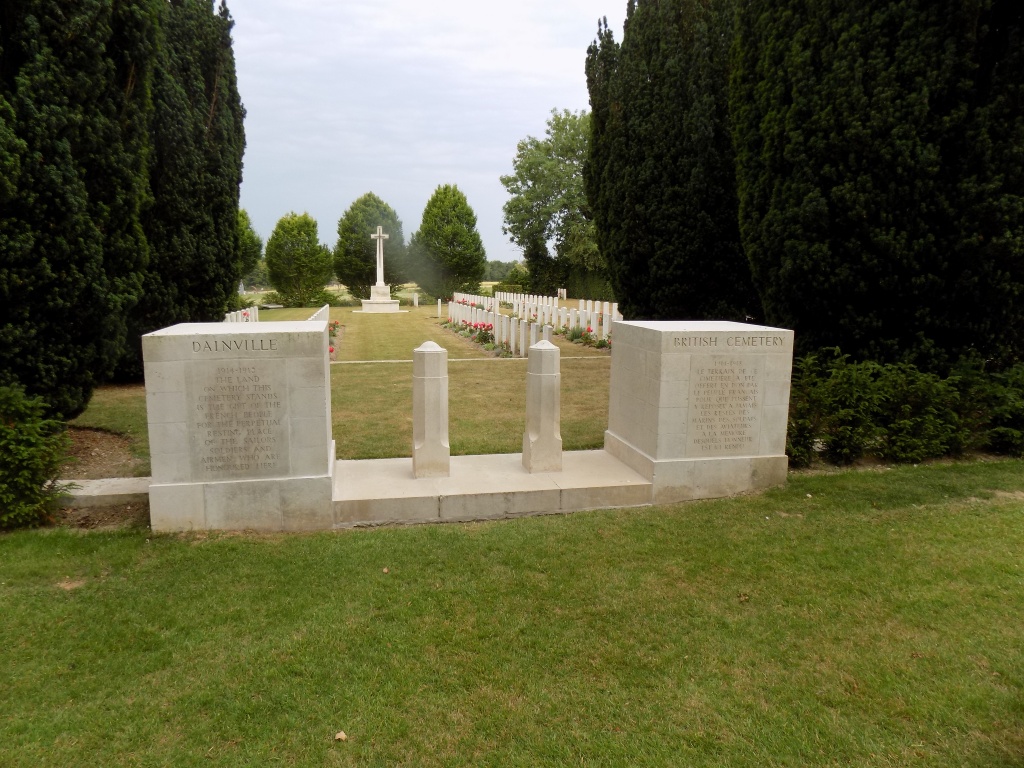 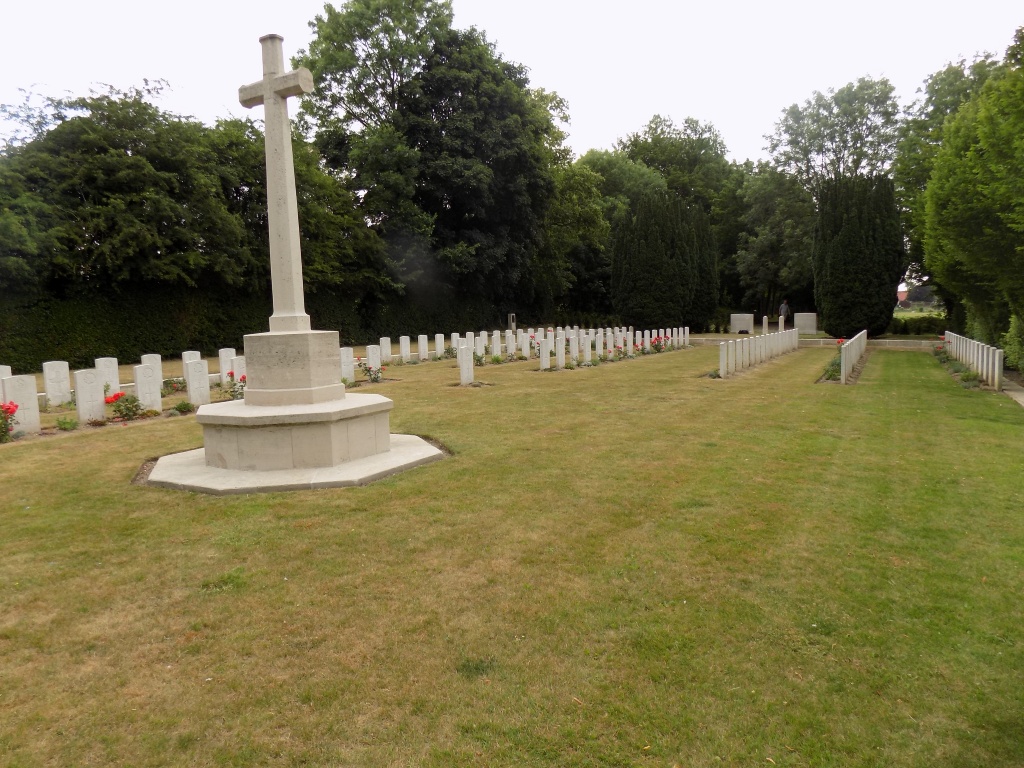 Dainville is a village in the Department of the Pas-de-Calais, on the western outskirts of Arras on the road (N25) to Doullens. The British Cemetery lies about one kilometre west of the village at the end of a track running north from the road (D59) to Warlus.

Occasional burials were made in the communal cemetery at Dainville between March 1916, when Commonwealth forces took over this part of the front, and April 1918, when the Germans began their great advance.

The British Cemetery was begun by the burial officer of the 56th (London) Division in the middle of April and used by that division until the Canadians took it over in July 1918.