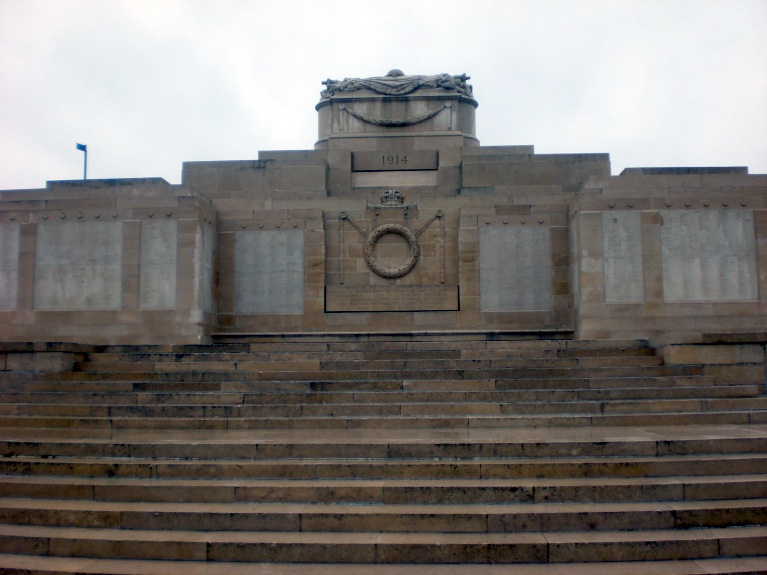 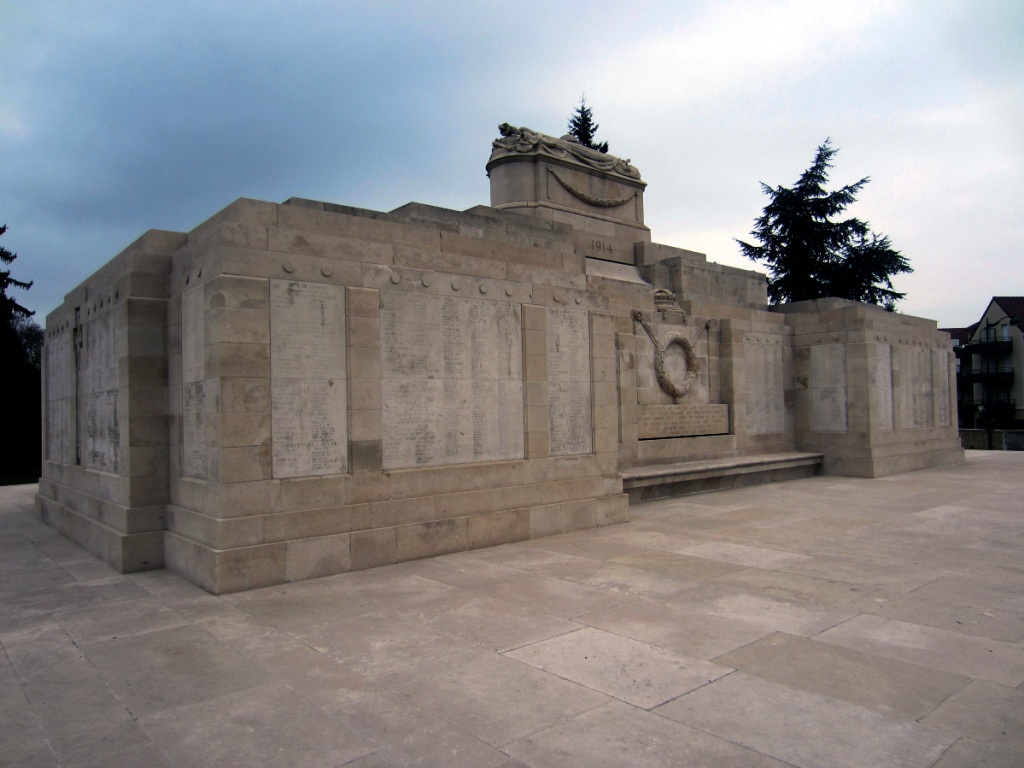 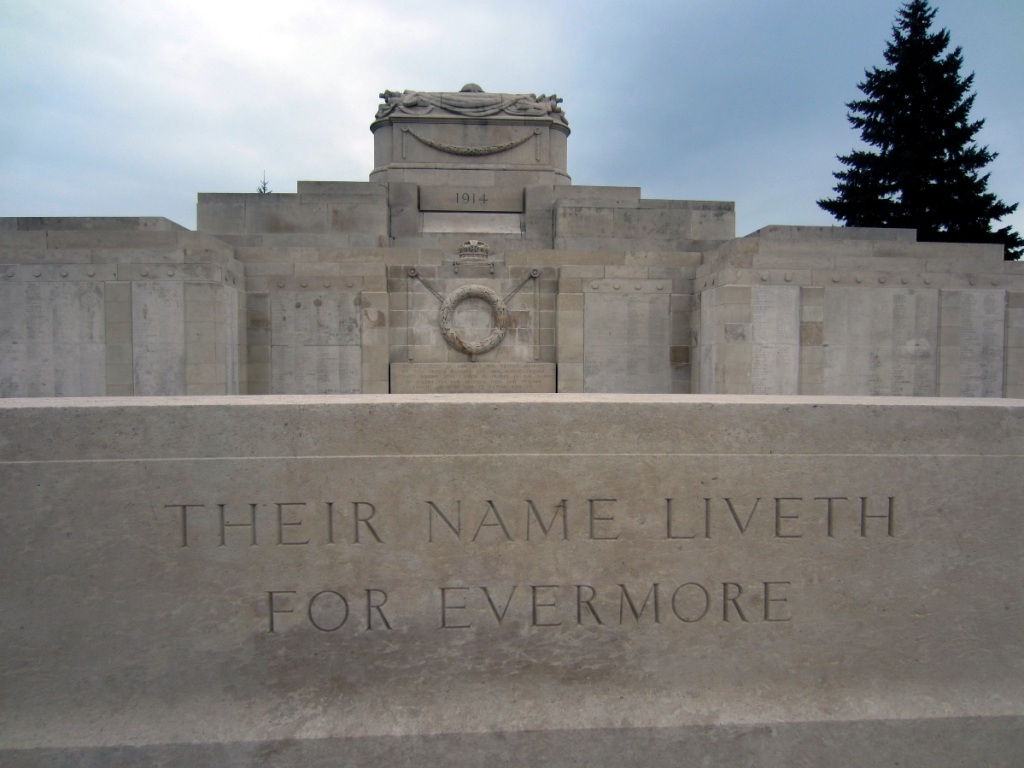 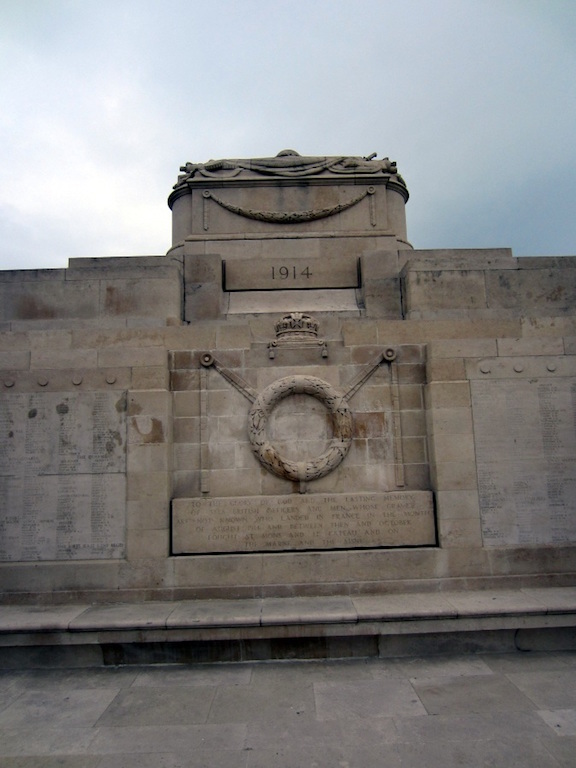 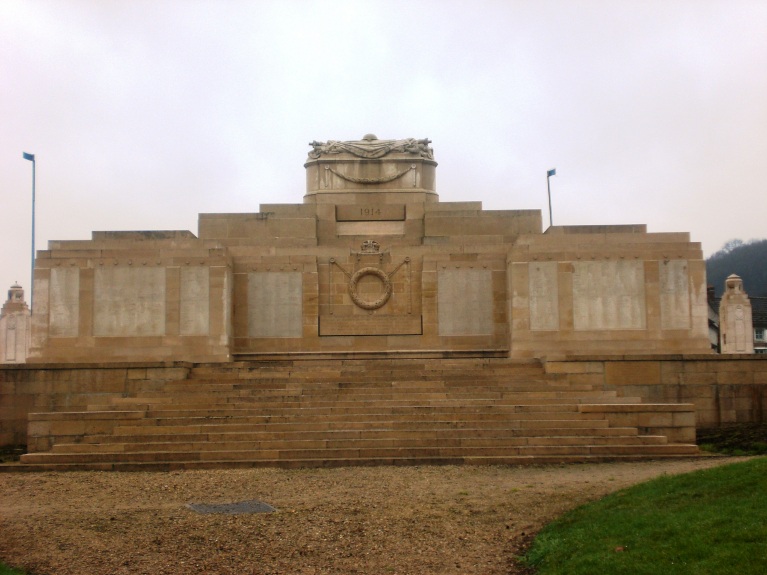 La Ferte-sous-Jouarre is a small town 66 kilometres to the east of Paris, located on the main road (N3) running east from Paris. The Memorial is situated in a small park on the south-western edge of the town, on the south bank of the River Marne, just off the main road to Paris, The Memorial Register is kept at the Town Hall.

Names are listed on the memorial by Regiments in order of precedence, under the title of each Regiment by rank, and under each rank alphabetically.

La Ferté-sous-Jouarre Memorial to the Missing

The La Ferté-sous-Jouarre Memorial commemorates 3,740 officers and men of the British Expeditionary Force (BEF) who fell at the battles of Mons, Le Cateau, the Marne and the Aisne between the end of August and early October 1914 and have no known graves. The monument is constructed of white Massangis stone and surmounted by a sarcophagus onto which military trophies are laid. At the four corners of the pavement on which the monument stands are stone columns supporting urns which bear the coats of arms of the four constituent nations of the United Kingdom. The memorial is situated on land provided by Adrien Fizeau, sometime Mayor of Jouarre, in memory of his father, Hippolyte Fizeau, the distinguished scientist, Member of the Institut de France and of the Royal Society. It was designed by George H. Goldsmith, a decorated veteran of the Western Front, and unveiled by Sir William Pulteney, who had commanded the III Corps of the BEF in 1914, on 4 November 1928.

Close to the bridge on both banks of the river stand the stone columns which make up the 4th Division Royal Engineers Memorial. The columns are surmounted with the flaming grenade of the Royal Engineers and mark the spot at which British sappers constructed a pontoon bridge under German artillery fire on 9 and 10 September 1914.

The British Expeditionary Force at the Battle of the Marne.

By the beginning of September 1914, the German Imperial Army had swept through much of Belgium and north eastern France and was fast approaching Paris. By 3 September, the British and French forces had been retreating south west for over two weeks, German victory was a definite possibility, and the Allied Commander, Général Joffre, prepared to launch a major counter offensive. As night fell on 5 September, the men of the British Expeditionary Force began to halt approximately 40 kilometres south east of Paris and their gruelling retreat was at an end. For the next two days, British I, II and III Corps advanced north eastward, encountering only minor resistance from the German forces in the area, which had reached the limit of their advance and were now carrying out a tactical retreat. On 8 September, British infantry brigades advancing toward the Marne came under heavy machine-gun and artillery fire from German units in La Ferté sous Jouarre and on the north bank of the river where they had formed a bridgehead. The British withdrew, began bombarding the German positions, and by mid-afternoon had entered the town in force. Both of the local bridges had been blown, but the Royal Engineers immediately began to construct a floating bridge, over which III Corps crossed the Marne on 10 September and joined I and II Corps which had crossed the river further to the east the previous today.