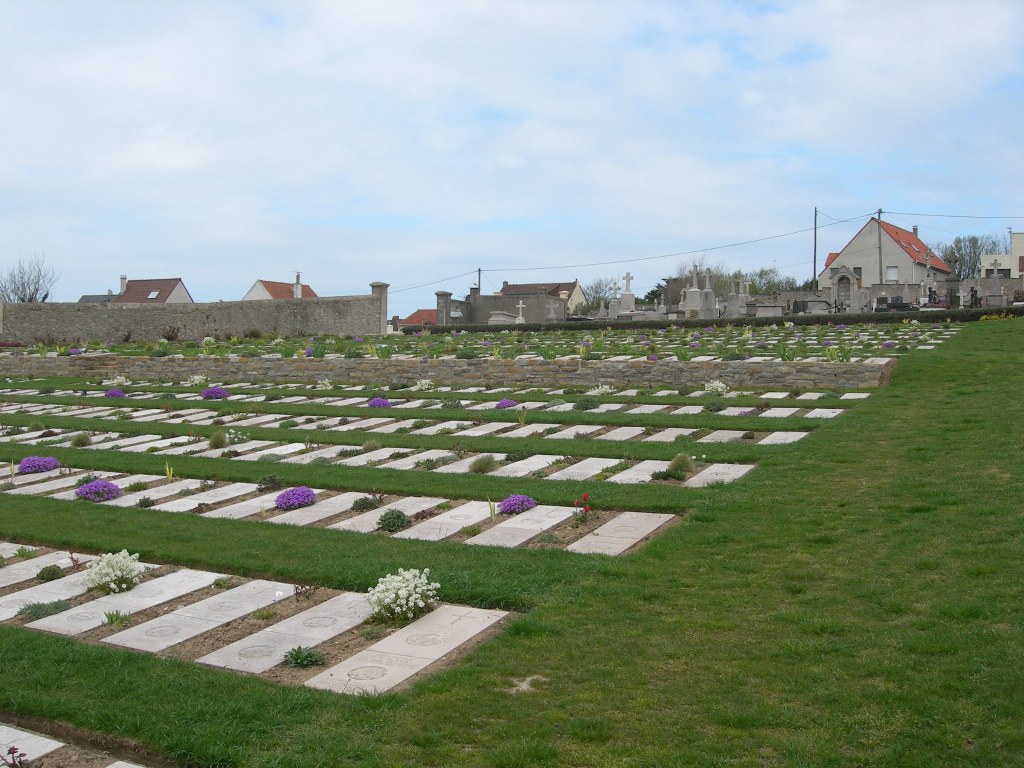 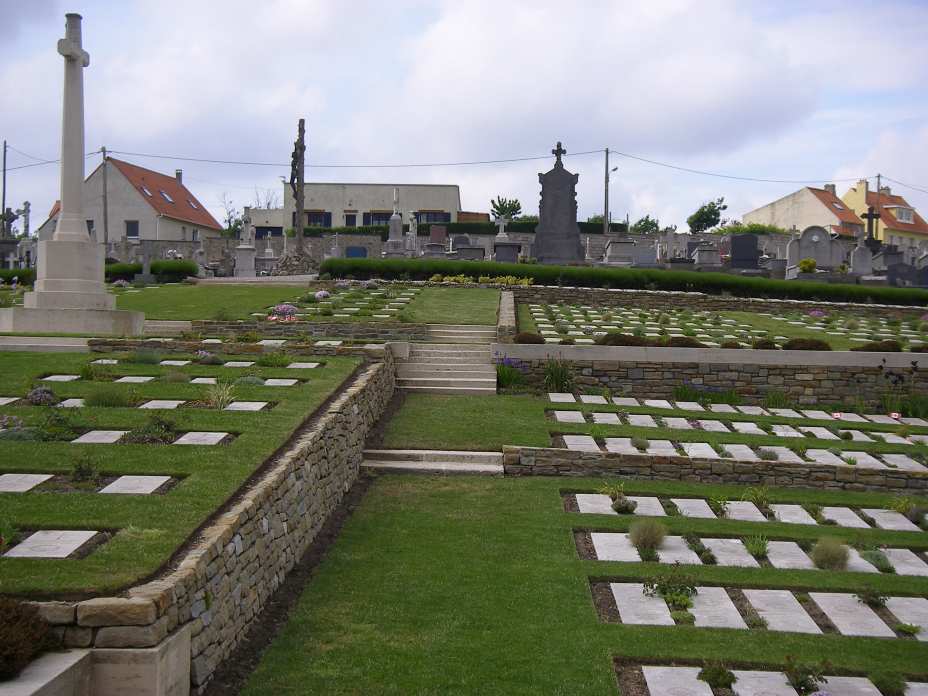 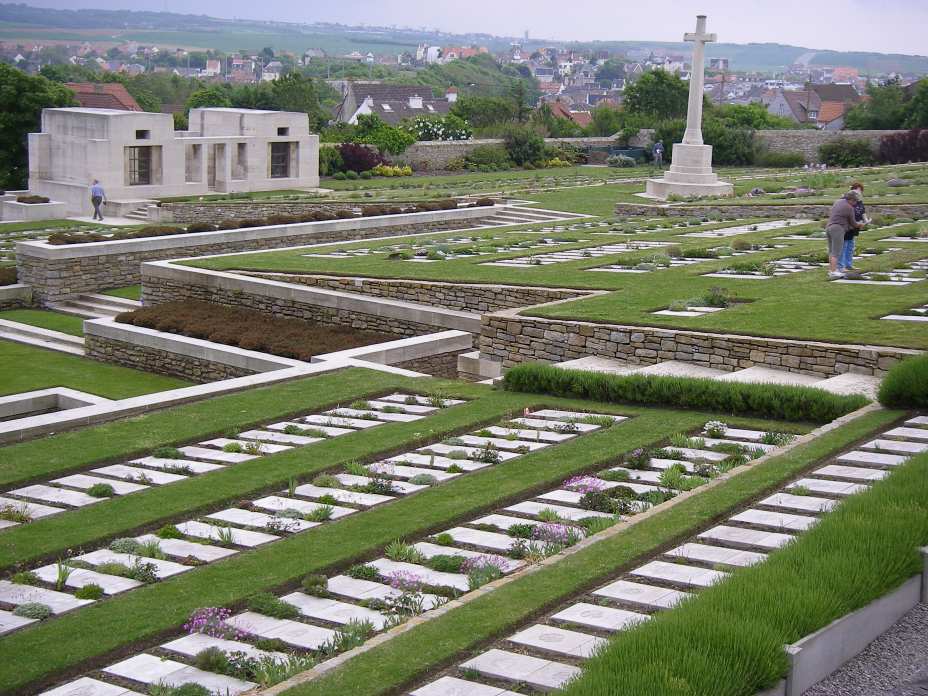 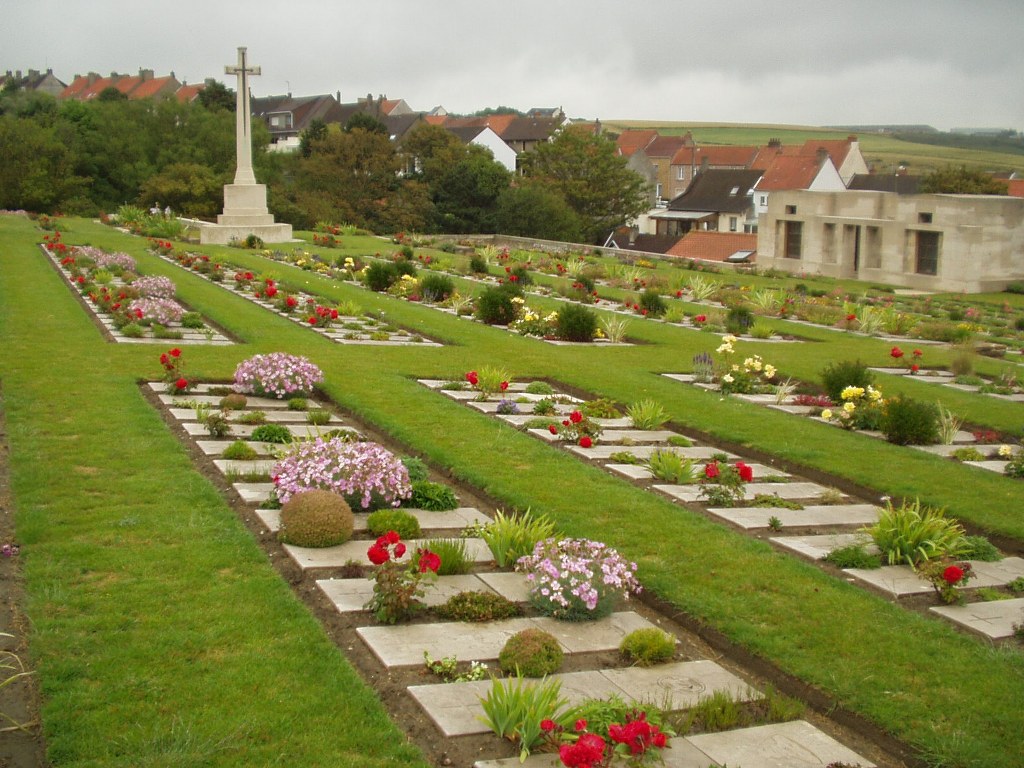 Wimereux is a small town situated approximately 5 kilometres north of Boulogne. From the centre of Boulogne take the A16 to Calais and exit at junction 33. Follow the D242 into Wimereux and at the first roundabout in town, take the third exit, continuing on the D242 and after approximately 200 yards, turn left into a one way road. The Cemetery lies at the end of this road. The Commonwealth War Graves are situated to the rear of the Communal Cemetery. Because of the sandy nature of the soil, the headstones lie flat upon the graves.

The opening hours are :

Wimereux was the headquarters of the Queen Mary's Army Auxilliary Corps during the First World War and in 1919 it became the General Headquarters of the British Army. From October 1914 onwards, Boulogne and Wimereux formed an important hospital centre and until June 1918, the medical units at Wimereux used the communal cemetery for burials, the south-eastern half having been set aside for Commonwealth graves, although a few burial were also made among the civilian graves. By June 1918, this half of the cemetery was filled, and subsequent burials from the hospitals at Wimereux were made in the new military cemetery at Terlincthun. During the Second World War, British Rear Headquarters moved from Boulogne to Wimereux for a few days in May 1940, prior to the evacuation of the British Expeditionary Force from Dunkirk. Thereafter, Wimereux was in German hands and the German Naval Headquarters were situated on the northern side of the town. After D-Day, as Allied forces moved northwards, the town was shelled from Cap Griz-Nez, and was re-taken by the Canadian 1st Army on 22 September 1944. Wimereux Communal Cemetery contains 2,847, Commonwealth burials of the First World War, two of them unidentified. Buried among them is Lt.-Col. John McCrae, author of the poem "In Flanders Fields." There are also five French and a plot of 170 German war graves. The cemetery also contains 14 Second World War burials, six of them unidentified. The Commonwealth section was designed by Charles Holden.