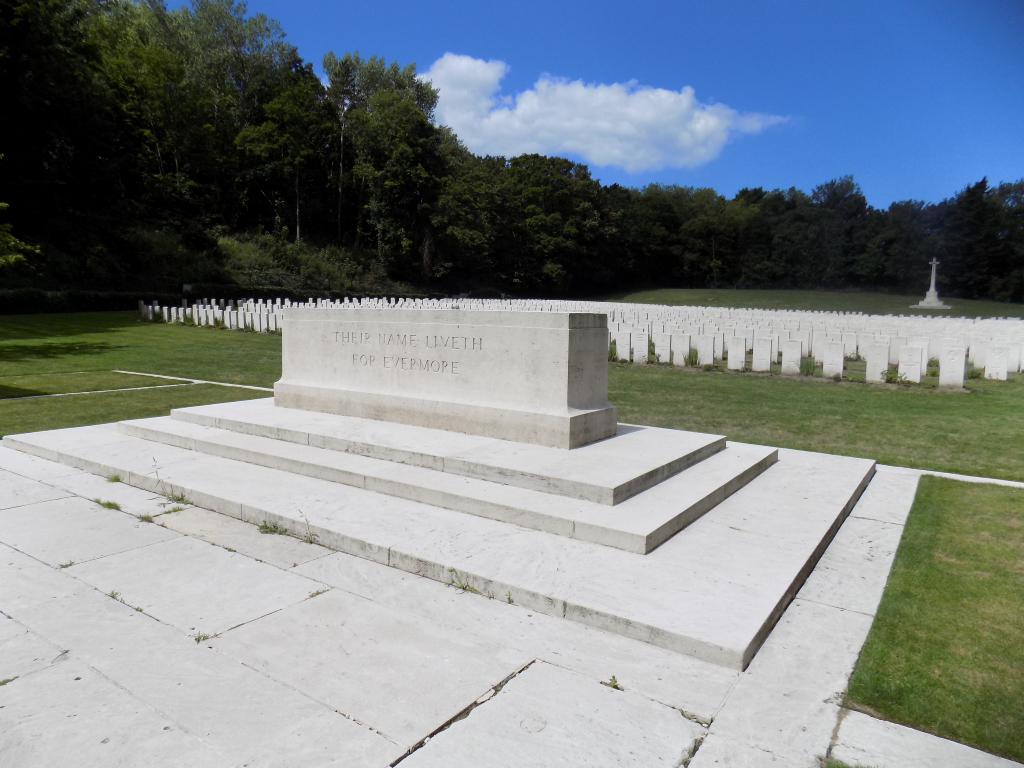 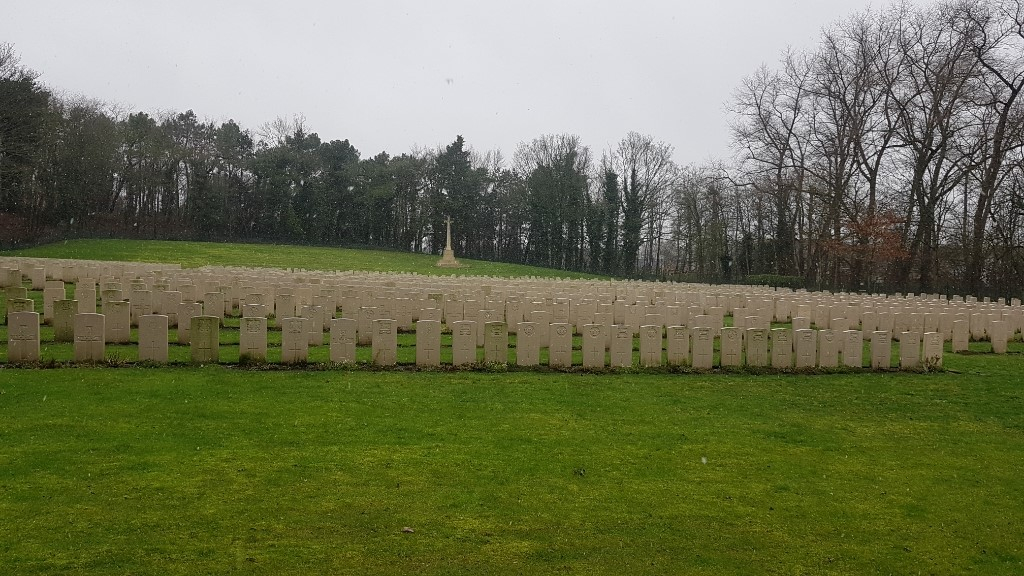 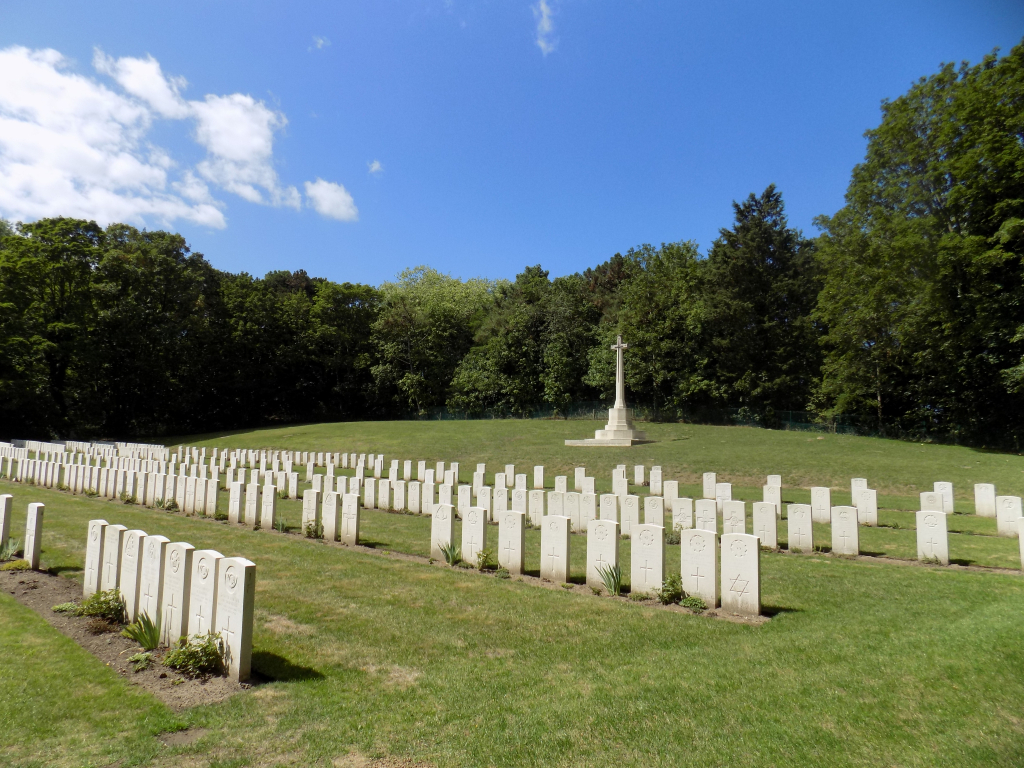 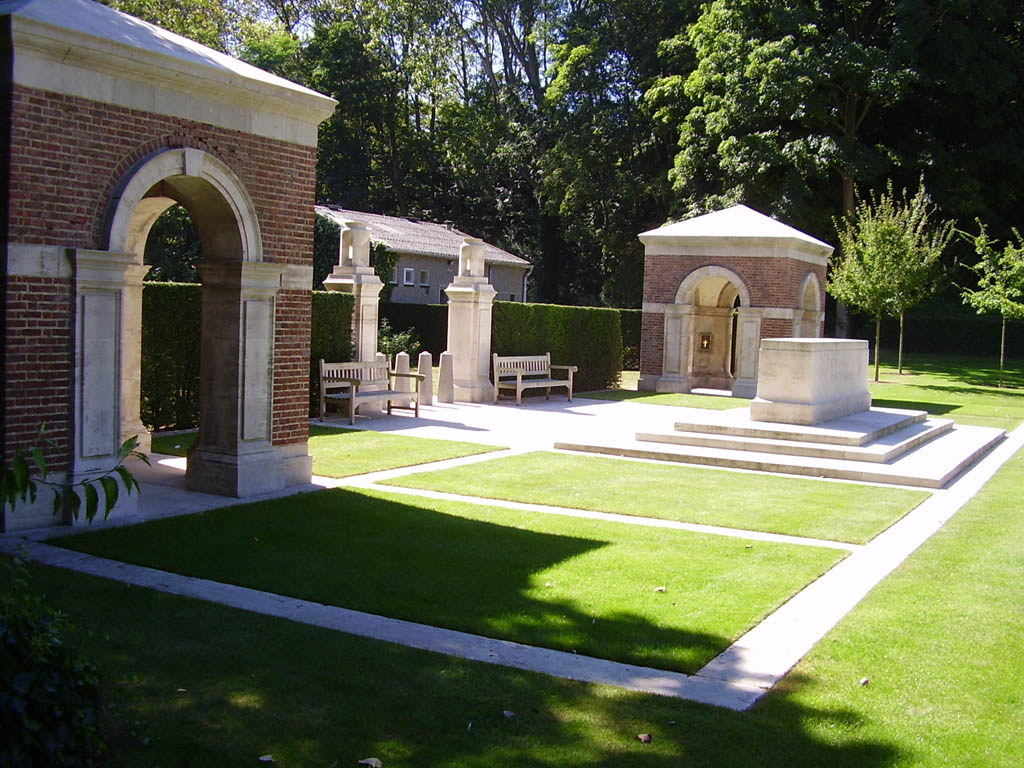 Coxyde Military Cemetery is located approximately 500 metres West of the village of Koksijde on the N396 towards De Panne. From Koksijde Dorp the N396 (Houtsaegerlaan) crosses the Zeelaan and at the same time changes its name to Robert Vandammestraat. 1 Km along the Robert Vandammestraat, on the right hand side, lies the cemetery.

In June 1917, Commonwealth forces relieved French forces on 6 kilometres of front line from the sea to a point south of Nieuport (now Nieuwpoort), and held this sector for six months.

Coxyde (now Koksijde) was about 10 kilometres behind the front line. The village was used for rest billets and was occasionally shelled, but the cemetery, which had been started by French troops, was found to be reasonably safe. It became the most important of the Commonwealth cemeteries on the Belgian coast and was used at night for the burial of the dead brought back from the front line.

The French returned to the sector in December 1917 and continued to use the cemetery, and during 1918, Commonwealth naval casualties from bases in Dunkirk (now Dunkerque) were buried there. After the Armistice, the remains of 44 British soldiers were brought into the cemetery. Ten of them had been buried in isolated graves. Nineteen came from Furnes Road British Cemetery, Coxyde, a cemetery made in July, 1917, by the 2nd Manchesters and the 49th (West Riding) Division on the East side of the road to Furnes (now Veurne). Twenty-five (of whom 22 belonged to the 49th Division) came from Oosthoek Military Cemetery, Adinkerke, 4 Kms South-West of Coxyde.

The cemetery was used again during the Second World War, chiefly for the burial of casualties sustained during the defence of the Dunkirk-Nieuport perimeter in May 1940.

The cemetery now contains 1,507 Commonwealth burials of the First World War, the French graves from this period having since been removed. Of the 155 Second World War burials, 22 are unidentified.