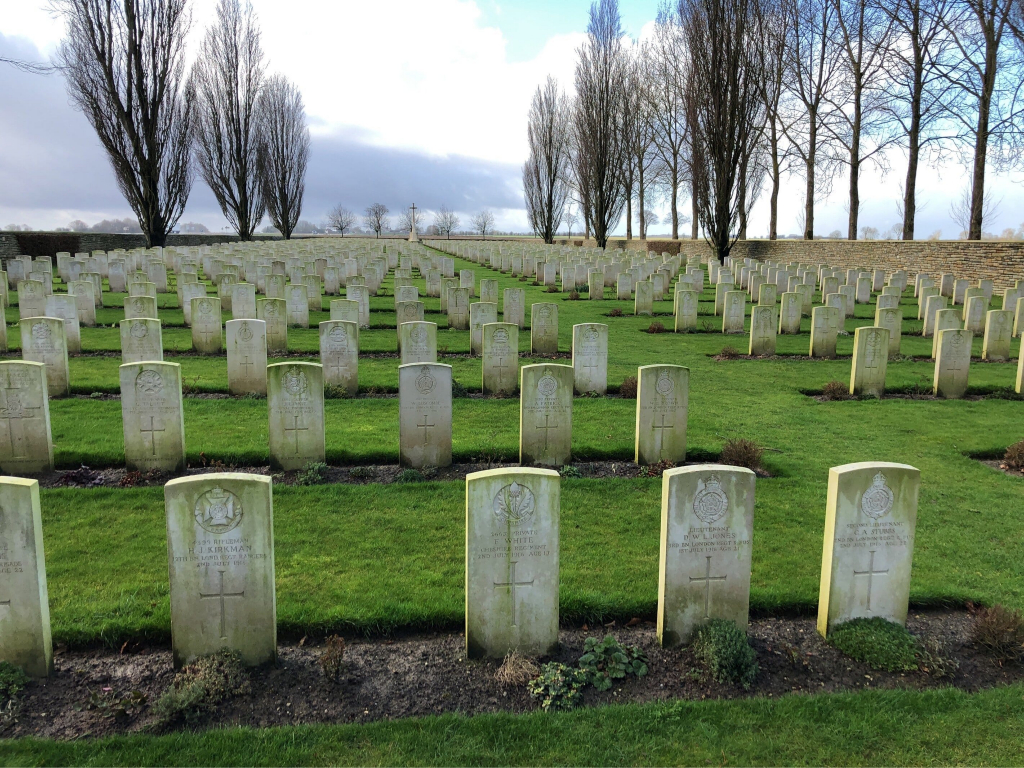 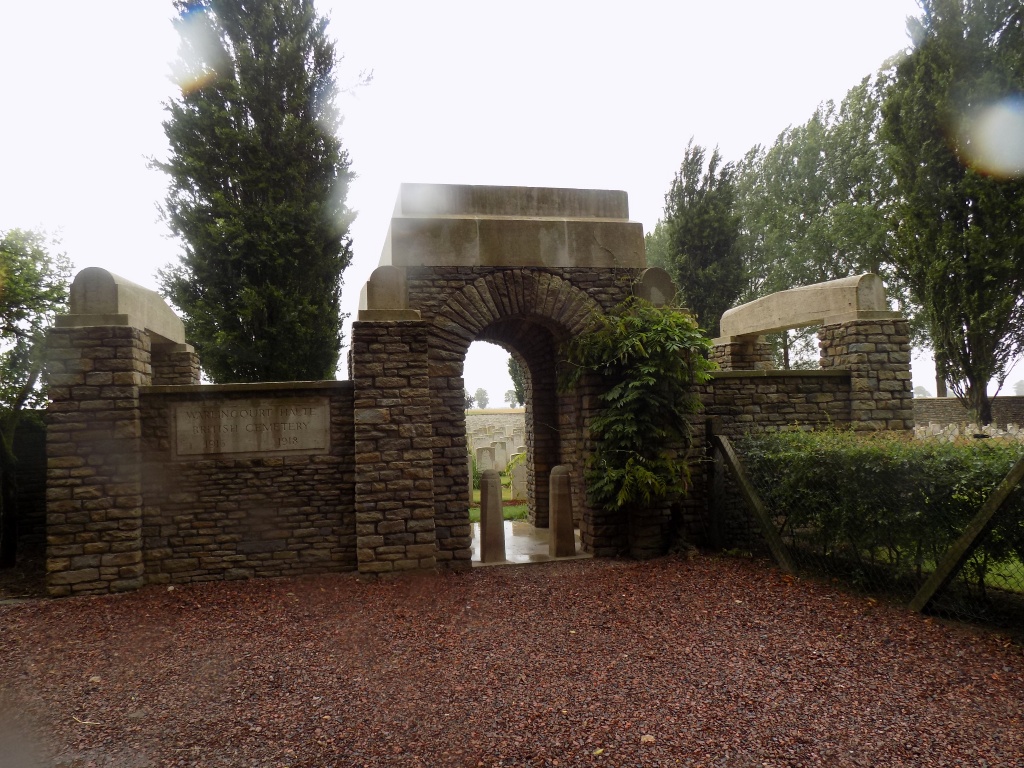 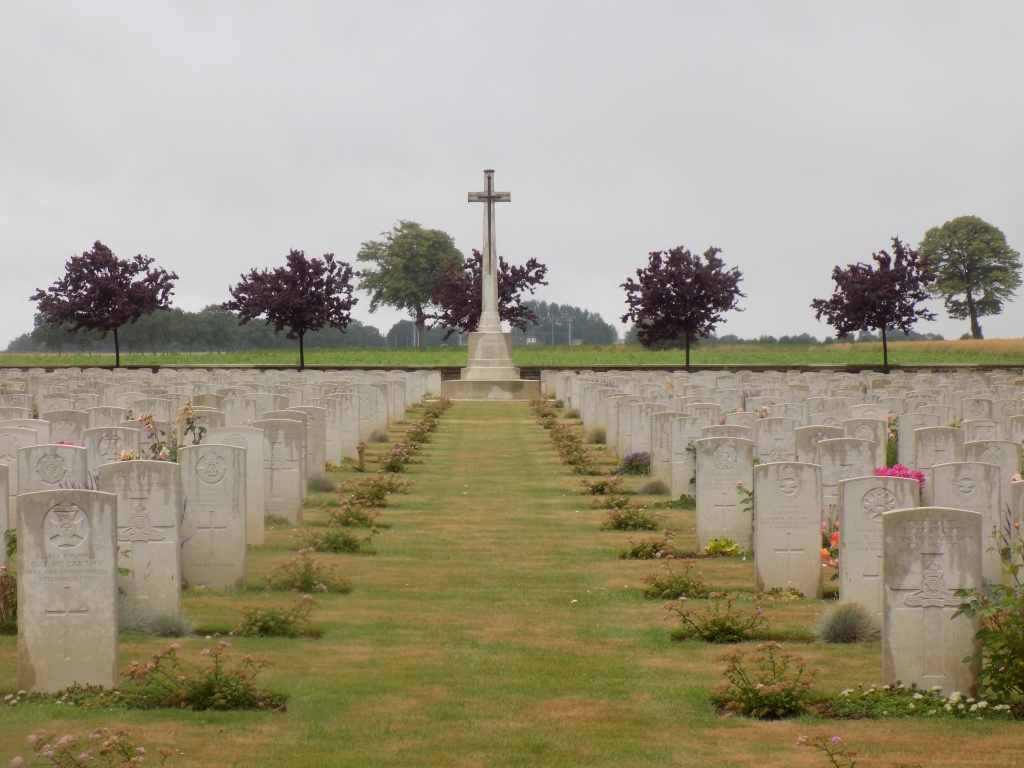 The site of the cemetery was chosen in May 1916. It was used from June 1916 to May 1917 by the 20th and 43rd Casualty Clearing Stations, in February 1917 by the 1/1st South Midland, and from April to June 1917 by the 32nd. The whole of plots VII, VIII, IX and X were filled in April and May 1917, the months of the Battles of Arras. From June 1917, the cemetery was practically unused until the fighting of May and June 1918, when field ambulances buried in it. After the Armistice the cemetery was increased by graves brought in from the following small military cemeteries:-

GAUDIEMPRE MILITARY CEMETERY, which contained 27 British graves, and lay on the South-East side of the village of Gaudiempre near the road to St. Amand. It was used from June 1916 to April 1918, chiefly by the Field Ambulances of the Divisions in the sector.

COUTURELLE Communal Cemetery Extension, which contained 10 British graves. It was East of the village, on the South side of the road to Gombremetz. It was used by Field Ambulances and fighting units from April 1916 to February 1917.

La HERLIERE Military Cemetery, which lay between the villages of La Herliere and Larbret. It was used from June 1916 to January 1917, by Field Ambulances and fighting units, and contained 18 British graves.

The cemetery now contains 1,266 Commonwealth burials of the First World War. There are also 29 German and two French war graves.