Please note that there are multiple trip and fall hazards on site, and take due care while visiting. 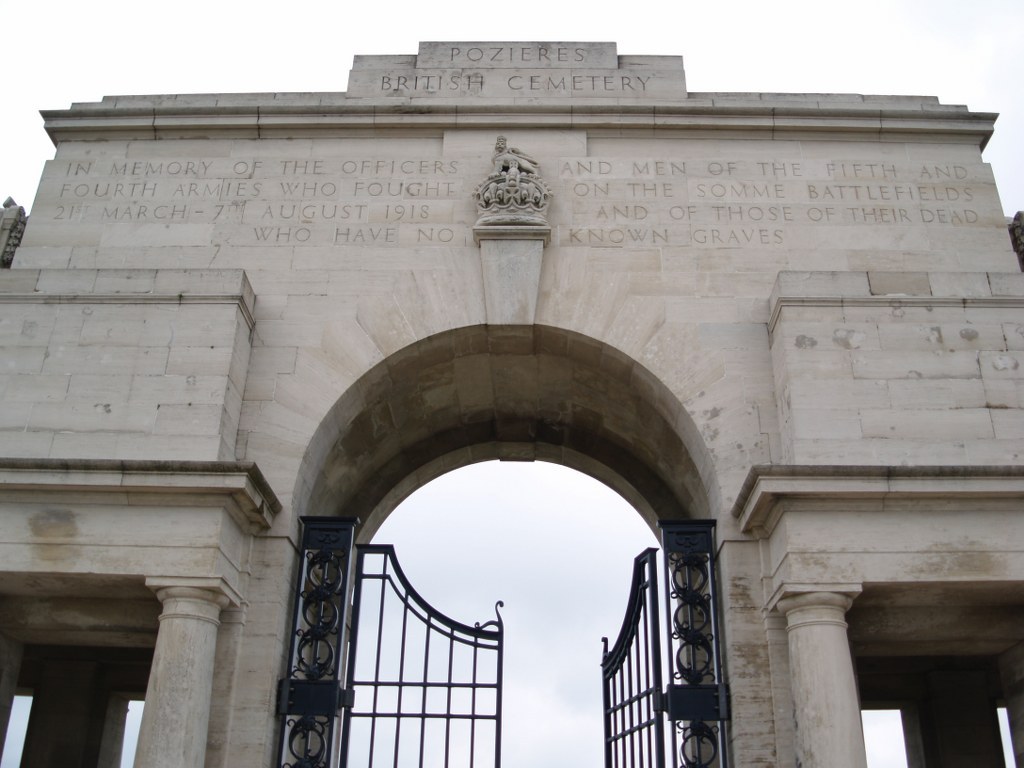 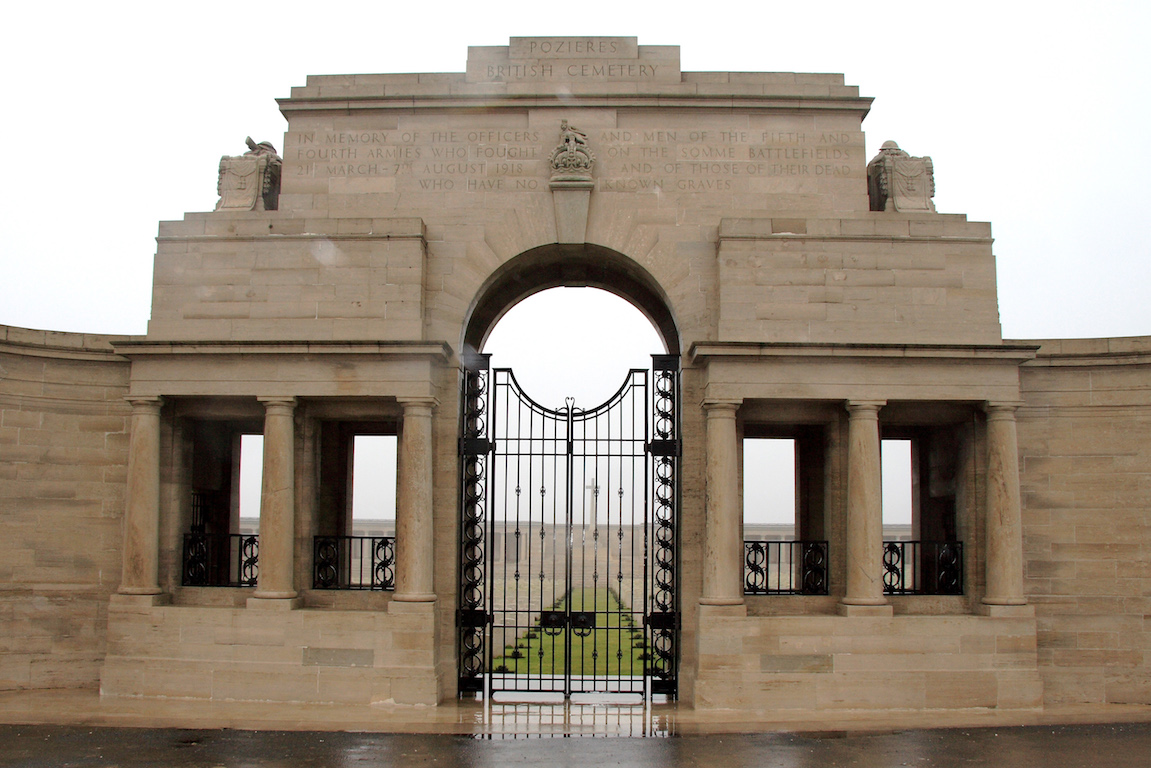 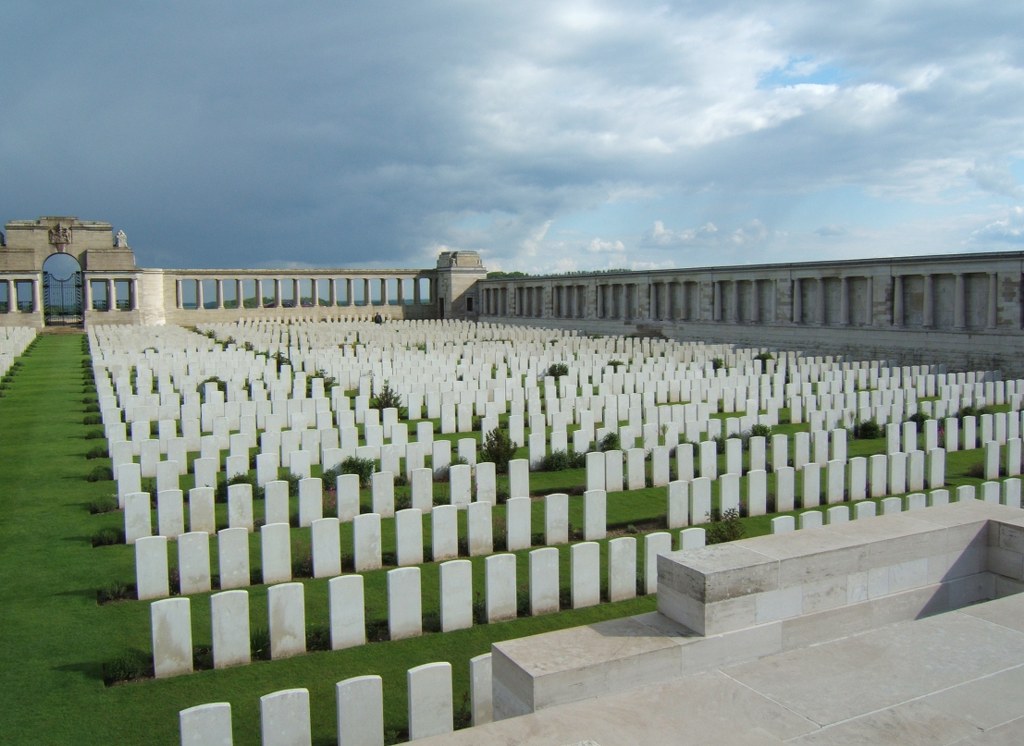 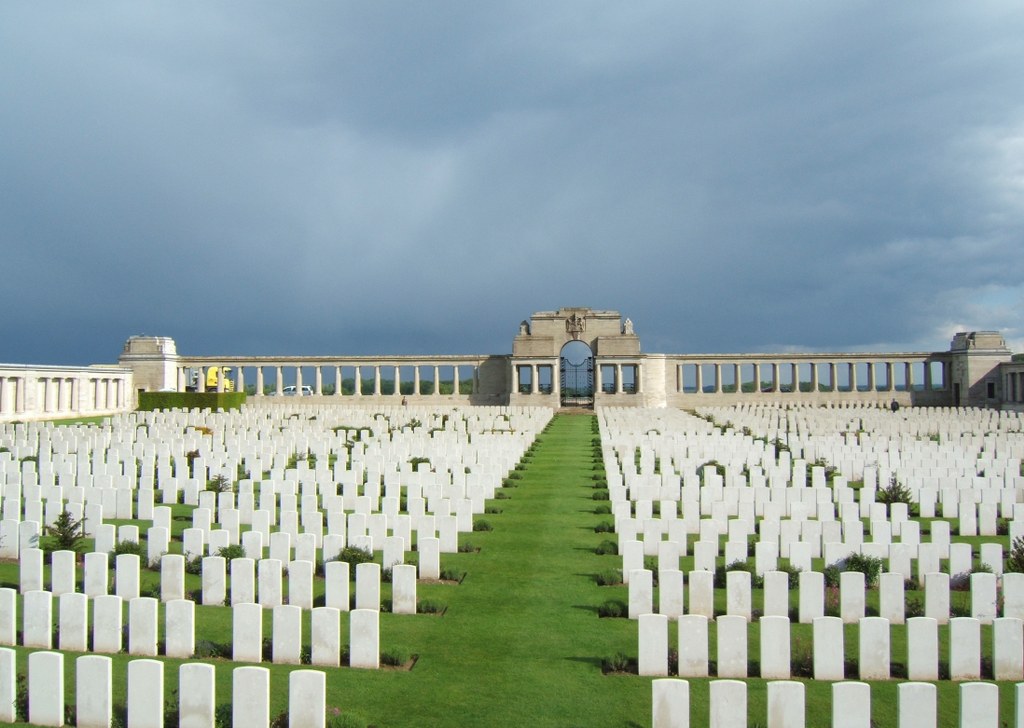 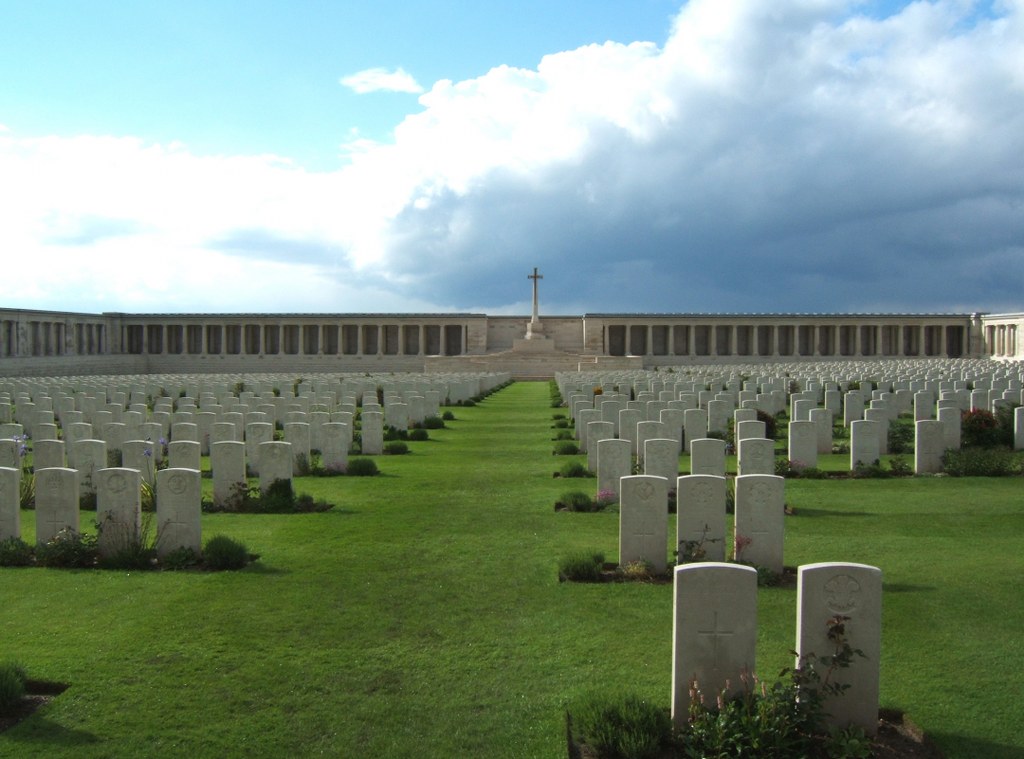 Pozieres is a village 6 kilometres north-east of the town of Albert. The Memorial encloses Pozieres British Cemetery which is a little south-west of the village on the north side of the main road, D929, from Albert to Pozieres. On the road frontage is an open arcade terminated by small buildings and broken in the middle by the entrance and gates. Along the sides and the back, stone tablets are fixed in the stone rubble walls bearing the names of the dead grouped under their Regiments. It should be added that, although the memorial stands in a cemetery of largely Australian graves, it does not bear any Australian names. The Australian soldiers who fell in France and whose graves are not known are commemorated on the National Memorial at Villers-Bretonneux.

The POZIERES MEMORIAL relates to the period of crisis in March and April 1918 when the Allied Fifth Army was driven back by overwhelming numbers across the former Somme battlefields, and the months that followed before the Advance to Victory, which began on 8 August 1918. The Memorial commemorates over 14,000 casualties of the United Kingdom and 300 of the South African Forces who have no known grave and who died on the Somme from 21 March to 7 August 1918. The Corps and Regiments most largely represented are The Rifle Brigade with over 600 names, The Durham Light Infantry with approximately 600 names, the Machine Gun Corps with over 500, The Manchester Regiment with approximately 500 and The Royal Horse and Royal Field Artillery with over 400 names. The memorial encloses POZIERES BRITISH CEMETERY, Plot II of which contains original burials of 1916, 1917 and 1918, carried out by fighting units and field ambulances. The remaining plots were made after the Armistice when graves were brought in from the battlefields immediately surrounding the cemetery, the majority of them of soldiers who died in the Autumn of 1916 during the latter stages of the Battle of the Somme, but a few represent the fighting in August 1918. There are now 2,758 Commonwealth servicemen buried or commemorated in this cemetery. 1,380 of the burials are unidentified but there are special memorials to 23 casualties known or believed to be buried among them. There is also 1 German soldier buried here. The cemetery and memorial were designed by W.H. Cowlishaw, with sculpture by Laurence A. Turner. The memorial was unveiled by Sir Horace Smith-Dorrien on 4 August 1930.