Within this cemetery are screen walls erected in 1968 to commemorate by name 404 casualties originally buried within the African Christian, non-Christian and Muslim plots of Dar es Salaam Seaview (or Ocean Road) Cemetery. Although buried in Seaview Cemetery, the graves of these casualties had not been marked individually. When Seaview Cemetery was closed in the 1960s owing to the construction of a new road, these casualties were exhumed from their plots and reburied together in Dar es Salaam War Cemetery, where new memorials list their names. 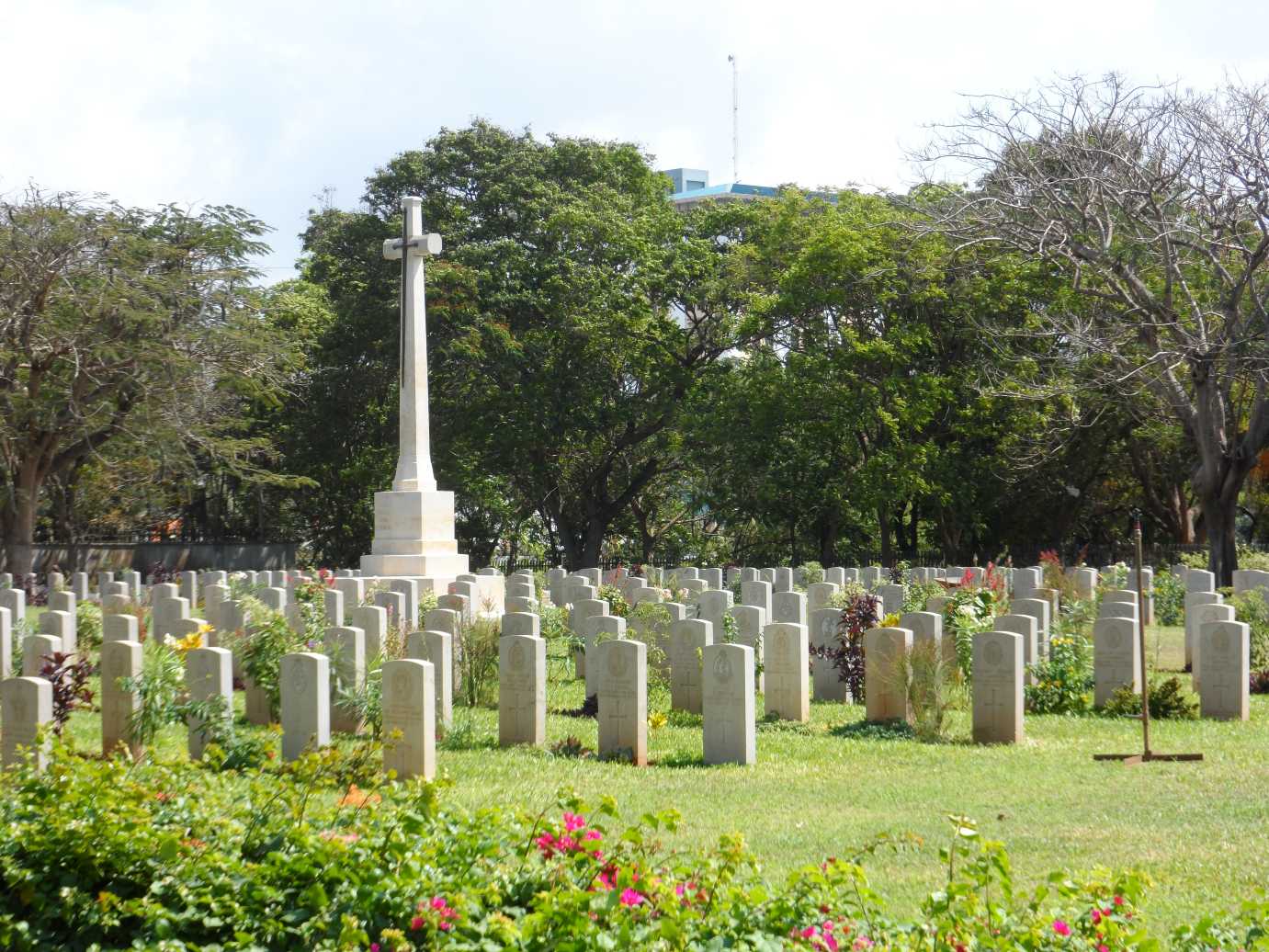 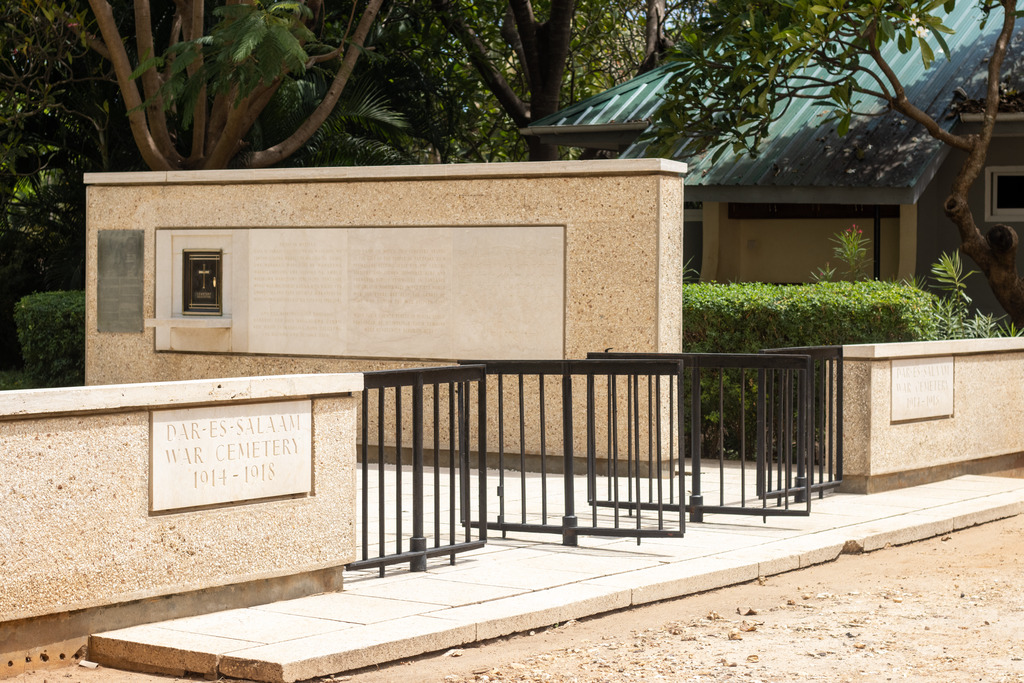 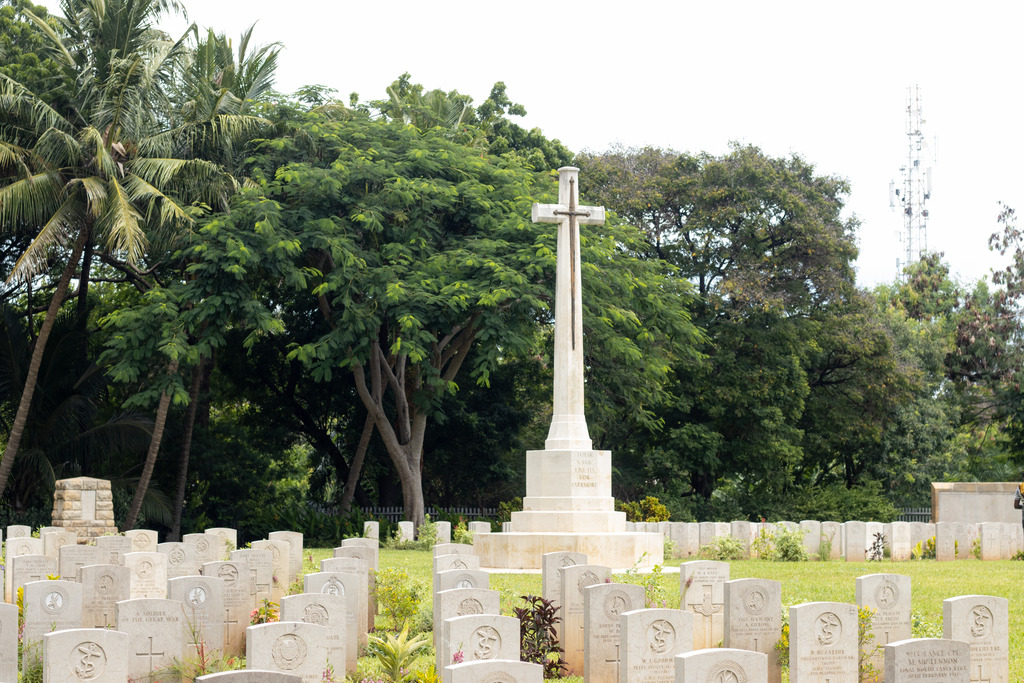 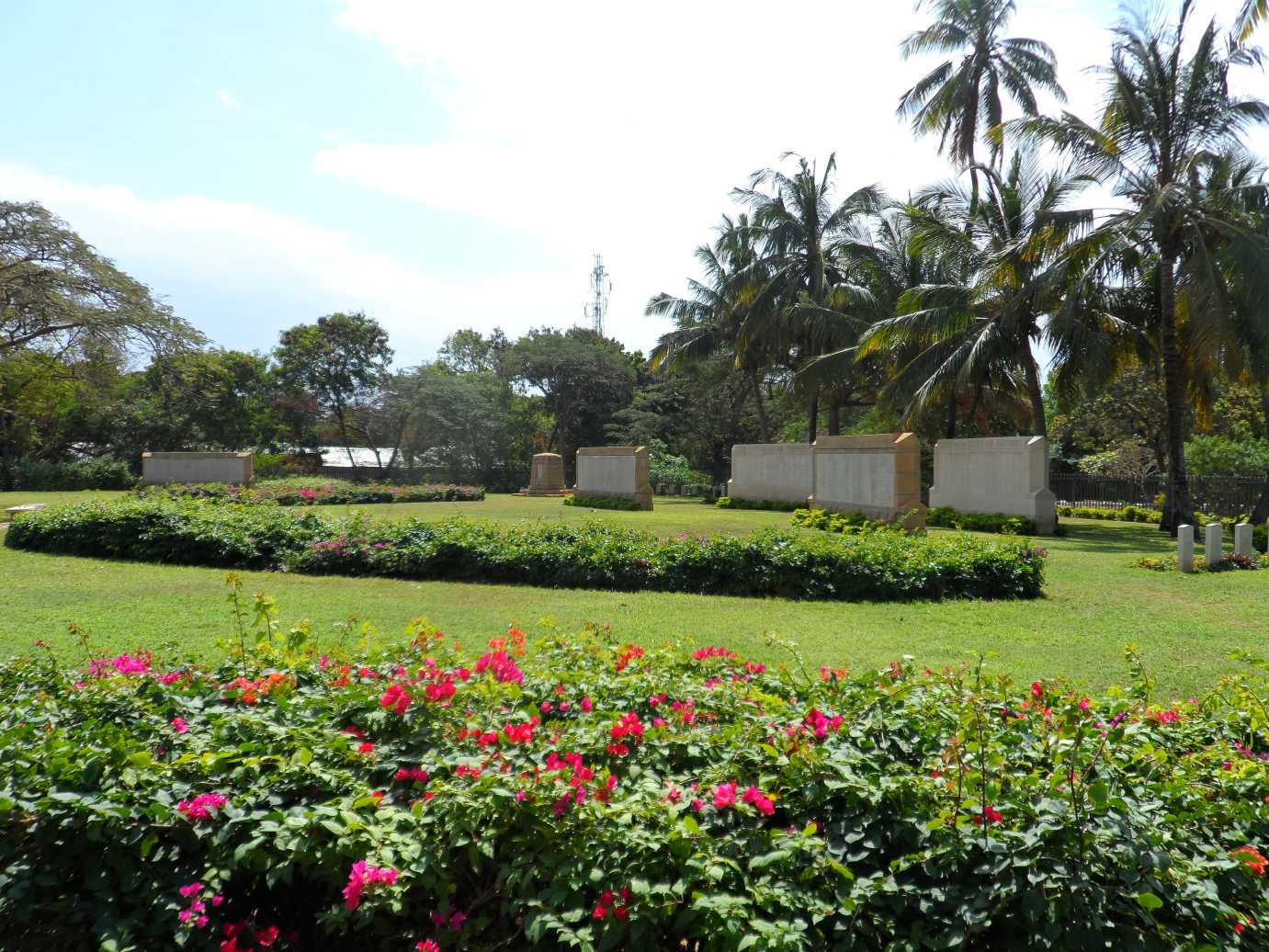 Dar es Salaam War Cemetery is located on the right (eastern/coastal) side of Bagamoyo Road, which heads north-west along the coast from the centre of Dar-es-Salaam and is clearly marked. It is about 5 kilometres from the city centre, and a roadside direction sign indicates the turn off for Bagamoyo Road into the lane leading to the cemetery.

Dar es Salaam War Cemetery is open every day from 06:00 to 18:00. Wheelchair access to this cemetery is possible via main entrance.

DAR ES SALAAM WAR CEMETERY was created in 1968 when the 660 First World War graves at Dar es Salaam (Ocean Road) Cemetery had to be moved to facilitate the construction of a new road. As the burials in the three former plots had not been marked individually, they were reburied in collective graves, each marked by a screen wall memorial. (Memorial Gardens "B", "C" and "D"). During the early 1970s, a further 1,000 graves were brought into this site from cemeteries all over Tanzania, where maintenance could no longer be assured.