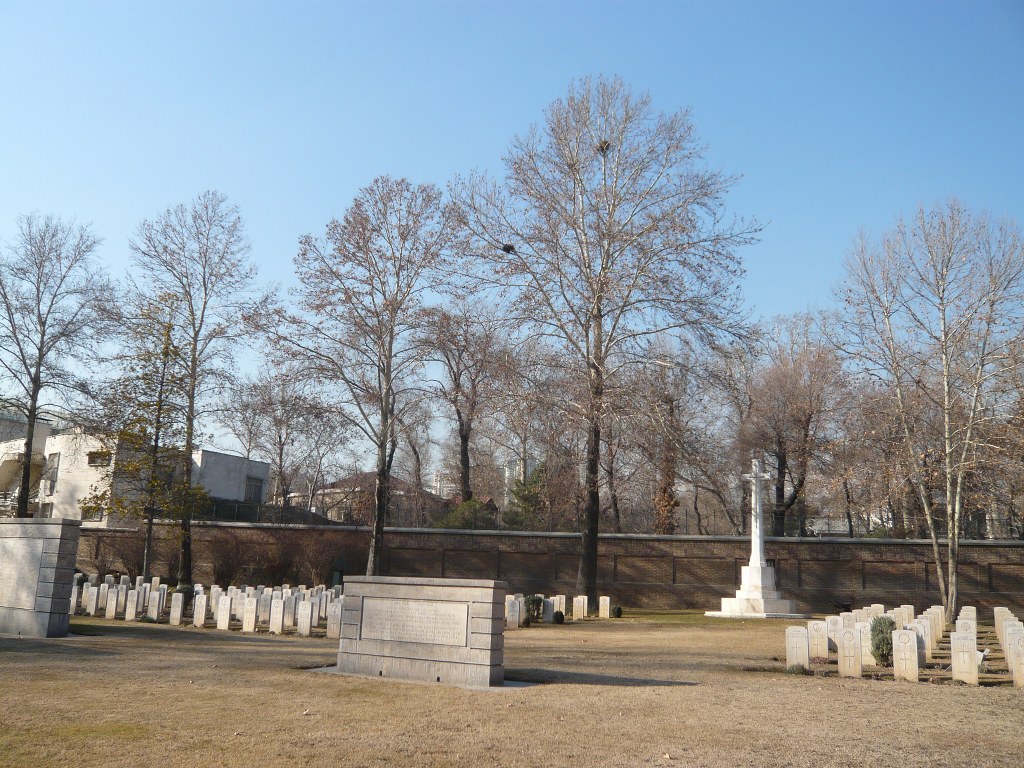 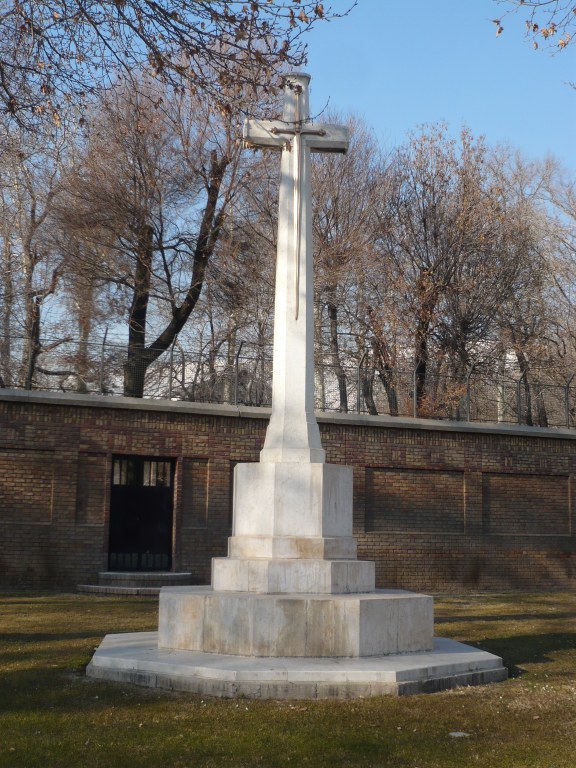 Tehran War Cemetery is located on the southern edge of the British Embassy’s Gholhak compound in north Tehran. The cemetery is maintained by our member of staff based in Tehran. The cemetery can be accessed by pressing the bell at the cemetery entrance at 34, Dowlat Street. Dowlat Street has been renumbered and renamed so that technically the cemetery’s address is now 493, Kolah Dooz. However, these changes are not yet reflected in most local/online maps, or on street signs. The cemetery’s entrance is opposite the “Azam Gholhak Mosque”, approximately 400 metres north east of the Gholhak Metro Station. Within the cemetery is the Tehran Memorial commemorating casualties from both World Wars. The Memorial is in the form of six free standing memorial walls and commemorates casualties of the Indian, United Kingdom and New Zealand Forces who lost their lives during the campaign in Iran (formerly known as Persia) and who have no known grave. It also commemorates some of those who died in the neighbouring regions of Russia whose graves are unknown or unmaintainable.

All the 1914-1918 burials in Tehran War Cemetery have been concentrated from the following cemeteries:-

Included in the 1914-1918 commemorations were members of 'Dunsterforce', a British mission set up by Major-General Dunsterville in 1918. Their purpose was to organise the forces of the Transcaucasian Federal Republic (comprising Armenia, Azerbaijan and Georgia) to enable them to withstand a Turkish attack. Their task was impeded by constant civil war, and in May of that year, Armenia, Azerbaijan and Georgia separately declared their independence. 'Dunsterforce' assumed a more direct military role when Baku was under threat of a Turkish attack. In August 1918 reinforced by about 1000 British Infantry, it occupied Baku to prevent the port and oil-fields from falling under Turkish control. However the following month saw the evacuation of Baku by the British due to the superior numbers of the Turkish force.

The British returned to Baku after the Armistice and remained there as an occupying force until September 1919.