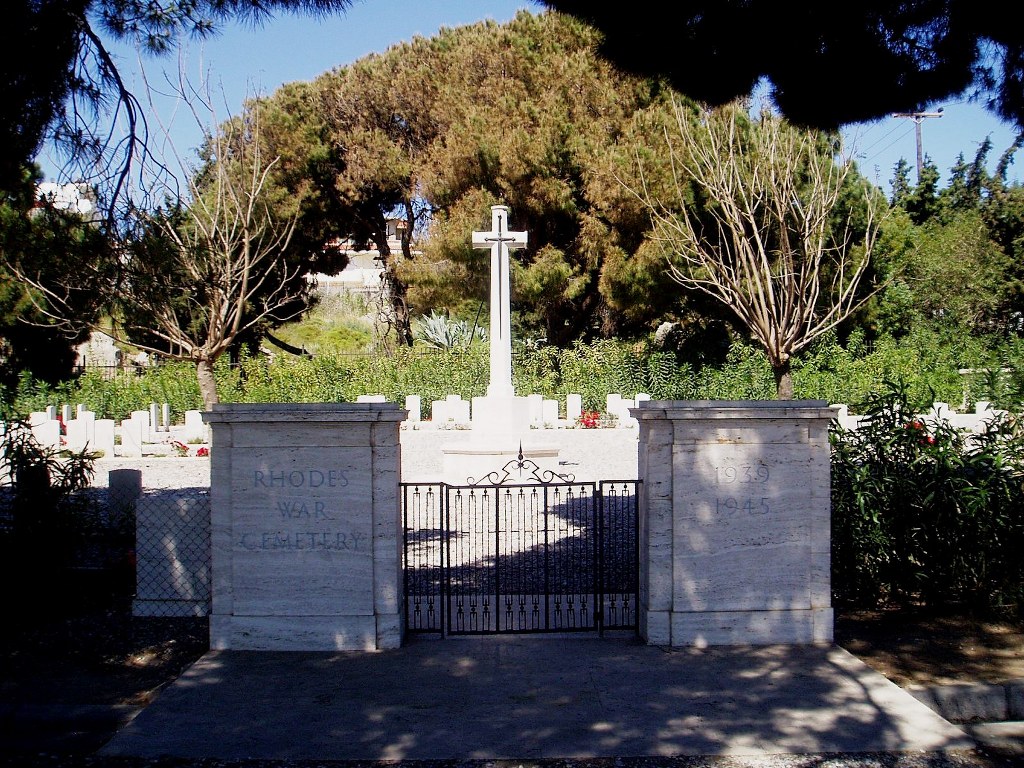 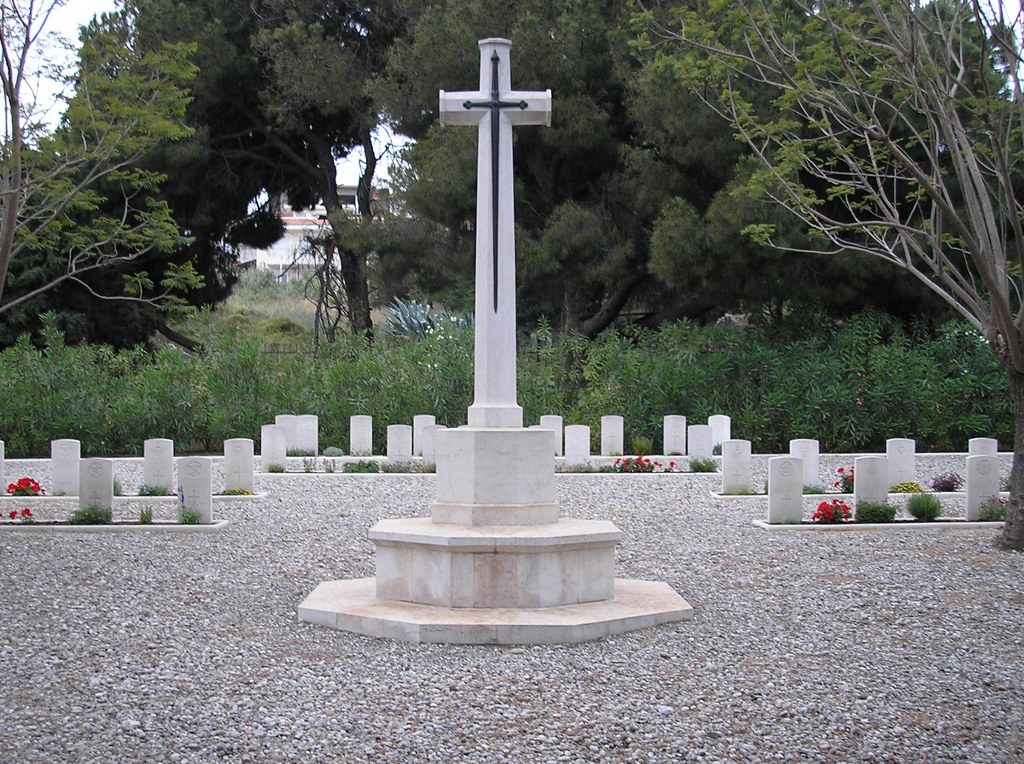 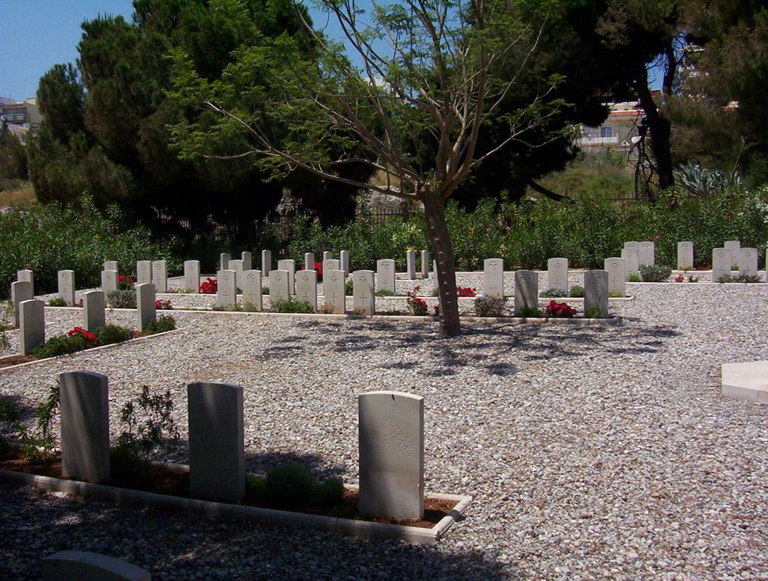 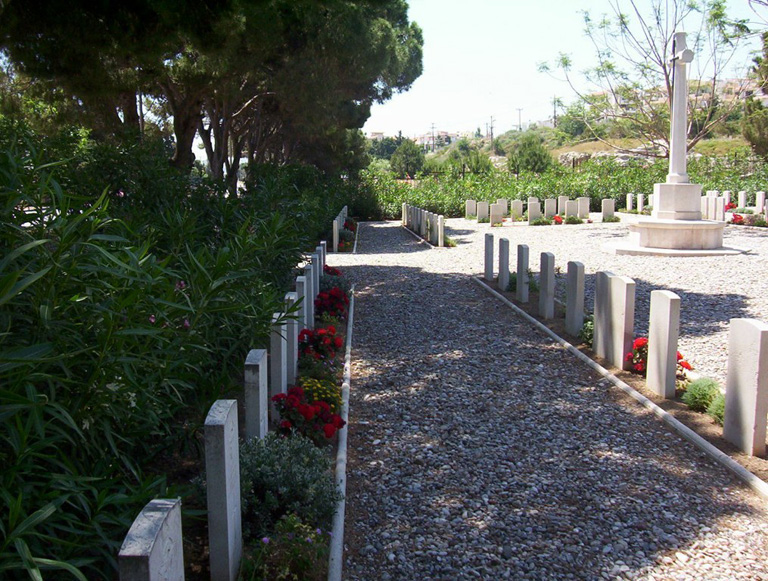 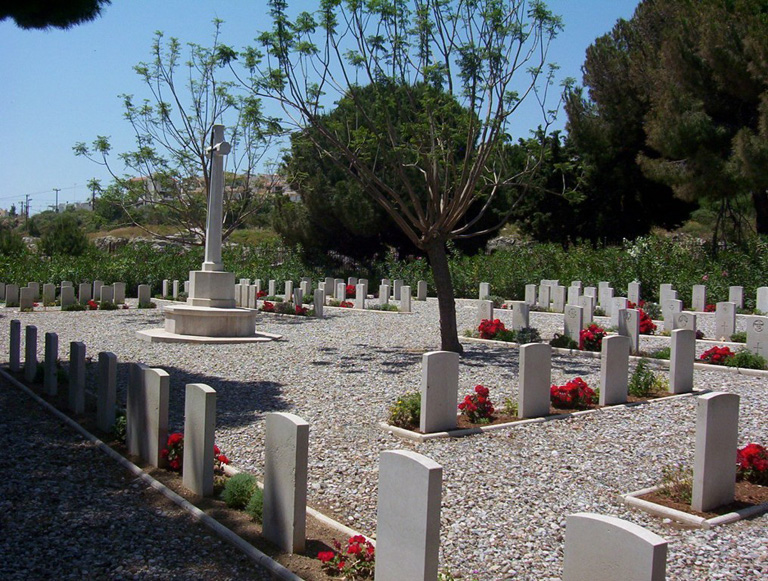 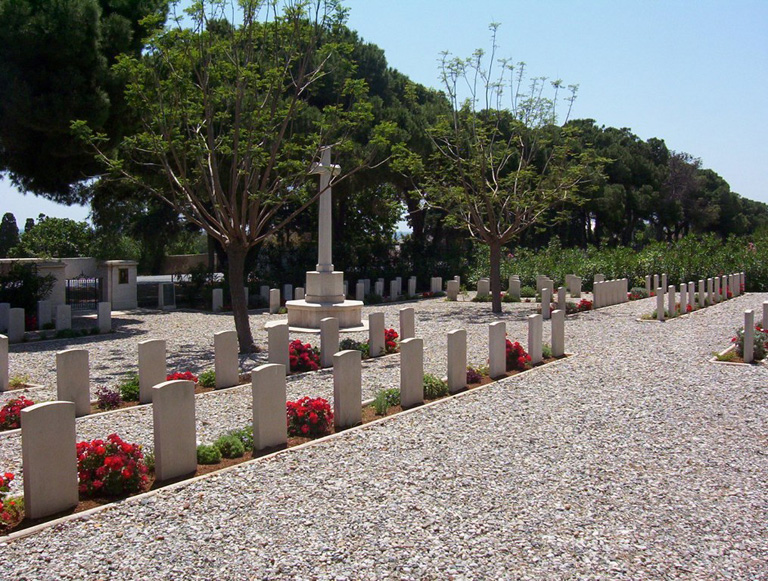 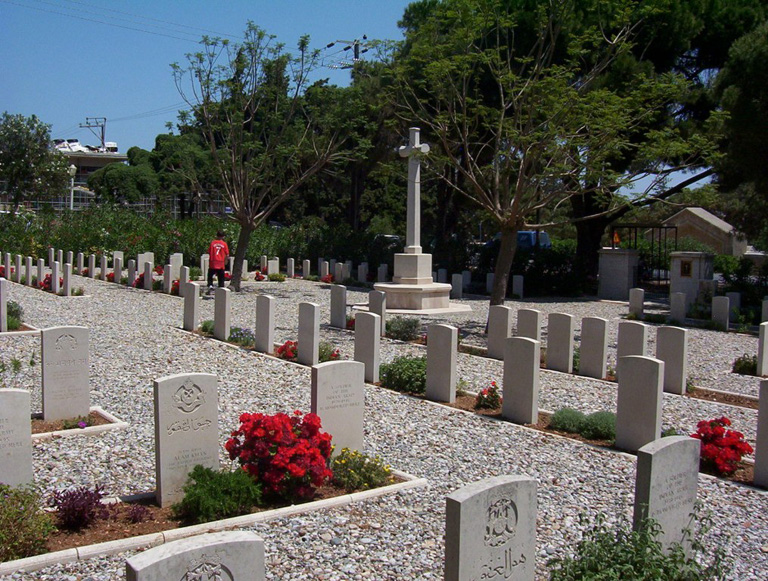 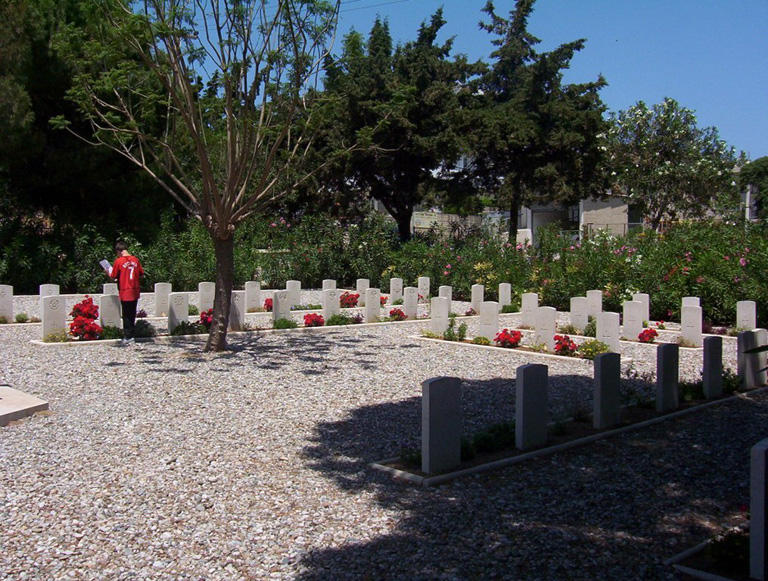 Rhodes War Cemetery is in the southern outskirts of the town of Rhodes, on the west side of the old coastal road to Lindos. The cemetery is located on Kallithea Avenue opposite the Italian, Jewish and Turkish cemeteries and next to the archaeological site of Korakonero.

The island of Rhodes, the home of the Knights of St. John from 1390, after they had been driven out of Jerusalem, is famous for its Greek and Roman antiquities. The remains of an ancient Greek burial ground, now preserved as a national monument, adjoin the war cemetery. The town and port of Rhodes occupies the most northerly corner of the island, the residential portion, which is modern, lying immediately west of Mandrakhi harbour, the port used for passenger ships. The commercial port is Emborio. Rhodes War Cemetery is on the southern outskirts of the town, on the western side of the road to Lindos, near the 3rd Kilo stone and opposite the Italian, Jewish and Turkish cemeteries. It was made by the military authorities when Allied forces returned to the island after the surrender of Germany and was taken over by the Commission in December, 1946. Those who lost their lives on Rhodes and many other Islands during the operations in the Dodecanese were brought to this last resting place from isolated graves and from various civil cemeteries. Here also lie 65 men who died on Cos, whose graves were moved into this cemetery from the small Cos War Cemetery which had to be closed in July, 1957. The headstones from Cos were re-erected over the new graves. The total number of burials in Rhodes War Cemetery is now 142. There are special memorials erected to those known to be buried in certain groups of graves, whose actual graves within these groups cannot be precisely identified. They bear the inscription " Buried near this Spot".