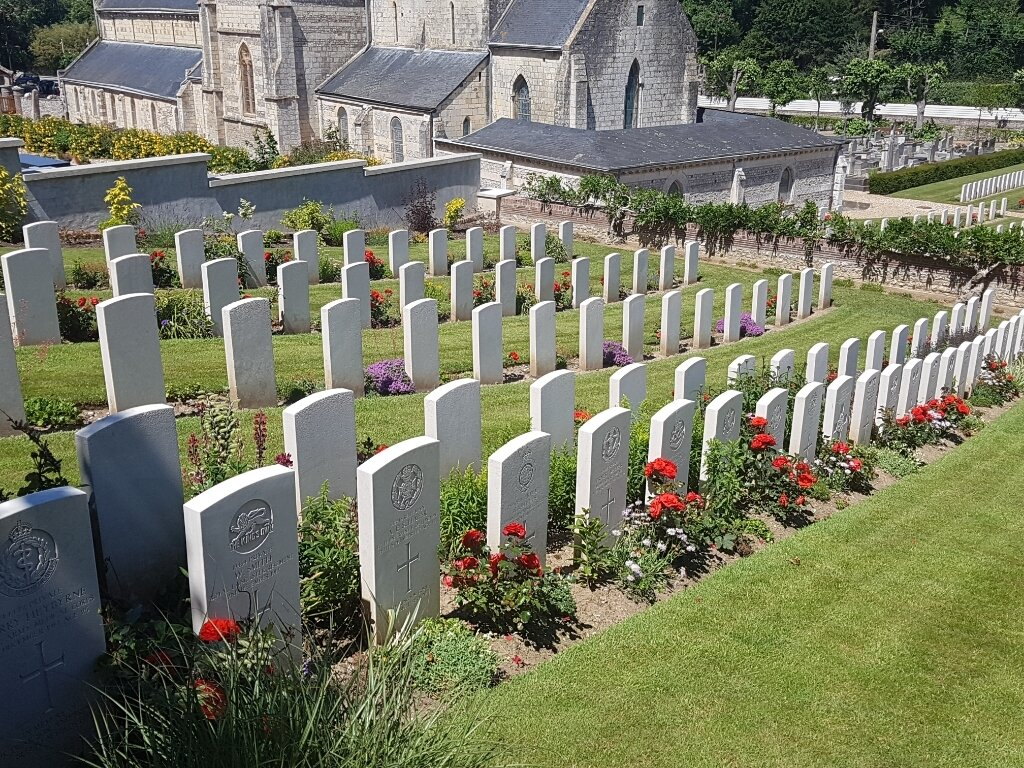 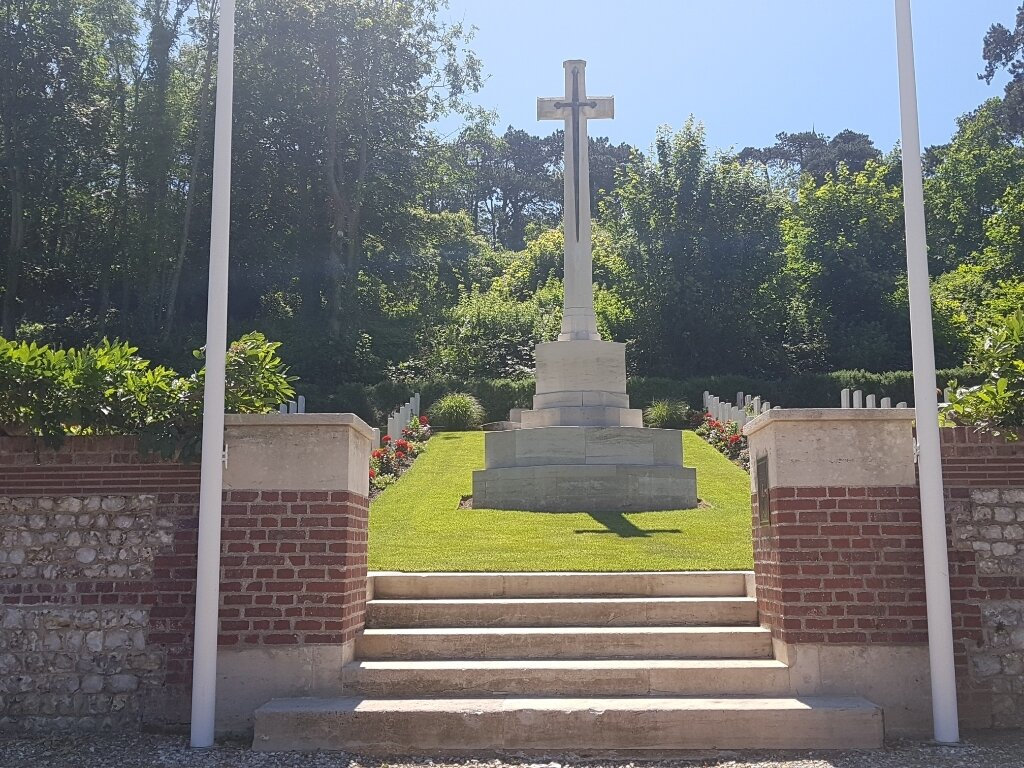 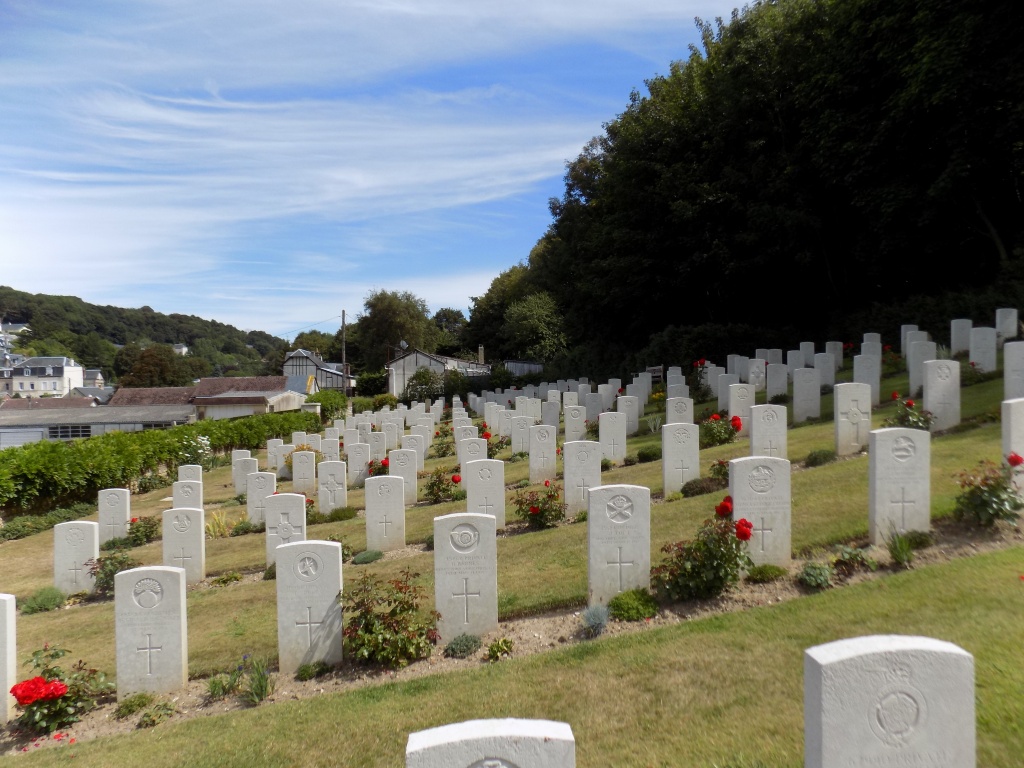 Etretat is a small seaside town about 26 kilometres north of Le Havre. The Churchyard is on the D940 from Fecamp, and the Extension is on the south-east side of it, between the church and the railway.

In December 1914, No.1 General Hospital was established in Etretat and it remained there until December 1918. In July 1917, it was taken over by No.2 (Presbyterian USA) Base Hospital Unit, but it continued to operate as a British hospital. The first seven burials took place among the French civil graves but in February 1915, two plots were set aside for Commonwealth burials in the churchyard. These were filled by December 1916 and from then until December 1918, the extension was used. ETRETAT CHURCHYARD contains 264 Commonwealth burials of the First World War and one German grave. ETRETAT CHURCHYARD EXTENSION contains 282 First World War burials and four from the Second World War. There are also 12 German graves in the extension. The extension was designed by Sir Reginald Blomfield.