7 Jobs You Never Knew Existed at the CWGC

There is no other place to work like the Commonwealth War Graves Commission. Throughout its 102 years, this unique organisation has employed thousands of people across the world, in roles that you won’t be able to find anywhere else. Trainee Archivists, Michael Davis and Jenny Turner discover more. 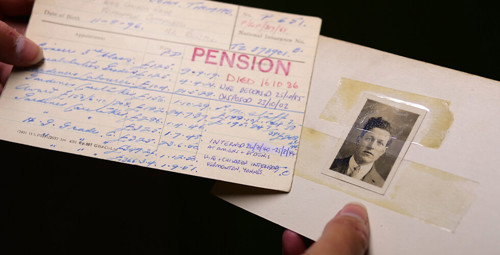 Our work as Trainee Archivists means that we’re responsible for cataloguing records, carrying out basic conservation work, ordering and retrieving files from the war archive, invigilating researchers, promoting the archive on social media and much, much more.

One of our ongoing projects is the cataloguing of staff cards which give a record of every staff member employed by the Commission. While admittedly not the most exciting items held in the CWGC archive, these staff cards give a glimpse into what it was like to be a Commission employee a century ago.

Here are seven of the most unusual occupations held at the IWGC, Imperial War Graves Commission, through the years:

In the 1920s and 1930s, Commission staff based out in France and Belgium, or further afield in Gallipoli or East Africa, lived in large, semi-military camps with their own hospital, chemist, cookhouse, and canteen.

John Thomas Davies joined the IWGC in 1919 as a Pioneer Class III (Cook/ Butcher), just one of a large catering staff at the main camp at St. Omer. John later transferred to gardening work, was interned by the Germans in Amiens and St. Denis during the Second World War and continued working for the Commission until retiring in 1961.

The IWGC employed a small medical staff, consisting of orderlies and a nursing sister, to care for the Commission personnel and, later, their families. Many Commission staff, however, still had to rely on local French or Belgian doctors, and access to medical help could be limited for those staff and their families who were working in remote or isolated locations.

Concerns over the lack of medical support were raised in 1929, when a senior delegation from the Commission’s London office travelled to France and Belgium to speak to staff.

In 1930, Doctor Muriel Rippin and a nurse were appointed by the Commission to care for the staff working in France and Belgium. Between February and December of that year alone they made 1,360 visits to gardeners and their families working in both countries. Muriel carried out this work for three years until resigning in 1933, and was succeeded by another female Medical Officer, Dr Nan Roberts. 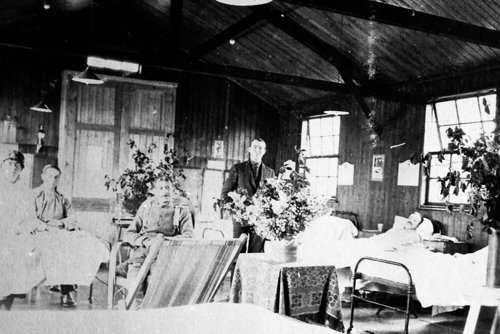 One of the less successful endeavours of the IWGC was the establishment of a ‘British school’ in Arras, France. Opened in 1930, it intended to provide an education to the children of those Commission staff who preferred an English style of teaching. Only around thirty pupils attended, and it was closed down in 1933. Madame Lestringant was appointed as Directrice (Headmistress), and a married couple, Mr and Mrs Kerr, were appointed as teachers in August 1930.

A second school based in Ypres fared better, with the Commission employees and their families living closer to the city, and at one point over ninety-five percent of the pupils attending the school were children of Commission staff.

Count Guido Nobile Memmo was appointed as Italian Liaison Officer in Italy to help the Commission resume its work in the country after the Second World War ended.

Count Memmo’s well recognised position in Italian society, relationships with influential contacts, understanding of Italian horticulture and local conditions, and ability to negotiate affairs with the Italian Government were vital in re-establishing the Commission’s work in the country.

Prior to his appointment as Italian Liaison Officer, Count Memmo held several other functions for the Commission, including Interpreter, Assistant Area Superintendent, and Secretary-General to the Anglo-Italian Committee. He is also noted for being the Commission’s sole representative in Italy in 1936 where he continued to maintain war cemeteries while Italy was an enemy power during the Second World War.

Chauffeurs and Drivers were vital to the Commission’s work as they transported building materials, the exhumed remains of soldiers for burial, and delivered headstones as cemeteries were being constructed. They also drove Commission personnel to sites all over the world to inspect cemeteries, attend unveiling ceremonies and other events, and even brought the children of Commission staff working in Ypres and Arras after the First World War to British schools that were built in each city.

This job was not limited to just men either as women such as Miss Constance Arthur and Miss Sicele O’Brien were appointed as Chauffeuses in 1919.

Perhaps the idea of the Commission employing chauffeurs may not seem too far-fetched, but what about hiring someone to drive a motorboat?

In 1920, Tasman Malcolm Millington was appointed Motor Launch Driver and was made responsible for overseeing the Commission’s motorboats and water transport in the Dardanelles and Sea of Marmara (Turkey). This job was vital to the Commission’s early work of constructing cemeteries on the Gallipoli peninsular and co-ordinating the passage of materials and staff between Turkey and the islands of Lemnos, Imbros, Tenedos and Lesbos. Tasman would eventually take sole charge of the war cemeteries and memorials on Gallipoli in 1928 and spend more than 40 years working to maintain them.

In April 1939, well before the start of the Second World War, Fabian Ware and the Commission had already made plans to move its main office from London to Wooburn House near High Wycombe in the event of an emergency to ensure the safety of its staff and records.

The Commission hired a variety of staff in the new canteen, such as Mr. R.J. Ingham and Mrs. W.P. Ingham, a married couple who served as Manager and Cook between 1948 and 1949, and Mrs. Daphne Joan Davenport who was appointed as an Attendant in 1953. There were even plans to extend the canteen and to add a hostel as the Commission looked to recruit more employees in order to continue its work following the end of the war.

Start your research through our dedicated online archive portal

The CWGC archive tracks the history of the Commission from its founding in 1917 to the present day.