Listening to the Stories of the War Dead

The Enquiries team are the public face and voice of the Commission, handing an incredible array of queries day in day out. This week Jackie, Katie, Paul, Julie and Argy write about two stories that have left a lasting memory on them as a team. 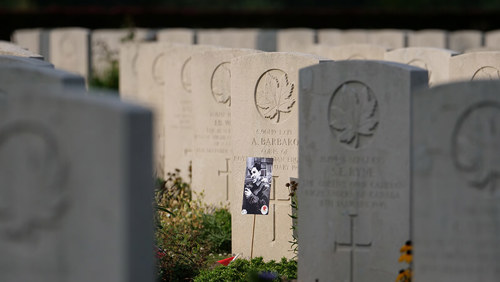 As a small team of five, we answer the straightforward stuff – like, ‘Where is my relative buried?’, ‘What are the opening times of Suda Bay War Cemetery?’ and, ‘How do I download a commemorative certificate from your website?’ – while also taking on deeper, more complex and even emotional cases.

It may be taboo in the wider professional world, but in our line of work emotion – be it love, anger, sadness and even grief – is never far from the surface. As team members and as individuals we acknowledge that people – both those we commemorate and their descendants – are at the heart of what we do. 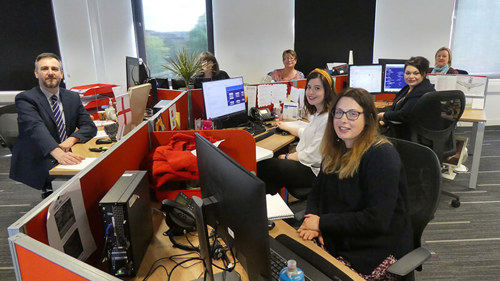 During the course of telephone conversations or exchanges by e-mail and letter, we hear routinely of friends and families reunited, of lives lived and of loves lost. We are often honoured to receive the most intimate, the most inspiring – and likewise the most harrowing – details involving those we care for and their families.

When asked to write this post, we – Jackie, Katie, Paul, Julie and Argy – wanted to offer a clear picture of the kinds of queries we handle while simultaneously highlighting two of the cases that have truly touched us.

In sharing these with you, we hope that you gain not so much an insight into our work but are moved by the lives and actions of the men and women we commemorate year after year.

This young Canadian pilot was killed on 23 September 1944 and rests in Reichswald Forest War Cemetery. He left behind his parents, William F. and Mary Shepherd, of Toronto, Canada. Unknown to us, he was survived by his fiancée, a Ms. Walker, from Leicestershire, England.

In September of 2018, Ms. Walker contacted us in order to ask for a correction to Pilot Officer Shepherd’s casualty details. Specifically, we had noted his mother’s name incorrectly but documentary sources verified the correct details and so we were able to make amendments to our war records. 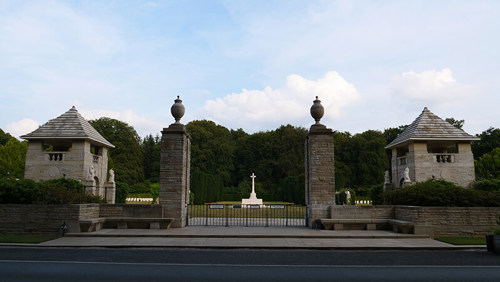 Grateful for our help, Ms. Walker shared with us a book filled with poems that the young lovers had exchanged prior to Pilot Officer Shepherd’s death in September 1944. Love and devotion shone out through their heartfelt words, coupled by the ever-present fear that war might rob them of a future together.

Argy Francis handled this case and remembers that the receipt of the booklet was an incredibly emotional experience. “I don’t mind admitting that I shed a few tears because it brought home such a human story…And yet despite all of that – death, time, distance, etc. – Ms. Walker still loved this man,” she explained.

“I still have a copy of the correspondence on my desk. There are days when I can look back at it and be reminded of how important and relevant the CWGC’s work still is to people but also of my own little part in that mission. It fills me with immense pride that we were able to help her and our commemoration of this man obviously meant so much to her.”

In the United Kingdom, queries about private memorials are a common occurrence. But for one enquirer – a Ms. Macintosh – her question about the private memorial of Stoker 1st Class David Edwards in Cheshire became a chance to share a story of individual selflessness.

Speaking to Katie Palmer in February 2020, Ms. Macintosh explained that her father had been a young boy living in London during the Blitz. During an air raid, he became trapped under a large pile of rubble and was unable to free himself.

It was then that Stoker Edwards, who was nearby at the time, came to his aid. Ms. Macintosh went on to explain that while her father was rescued from the rubble, Edwards was sadly killed in 1945 and now rests in Wallasey (Rake Lane) Cemetery. Ever grateful for his courage, Ms Macintosh explained to Katie that she and her family visit Stoker Edwards’ grave regularly to pay their respects. Her father, Ms. Macintosh said, owed everything to this man. 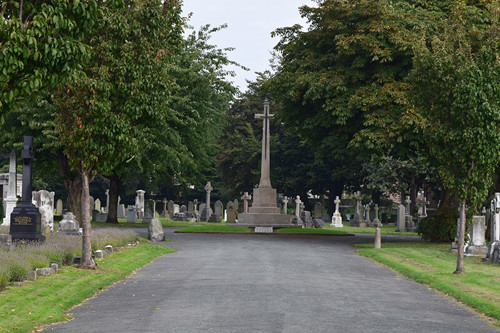 For Katie, this story had a big impact on her. “I think his selflessness – to me, it emphasises how even in such a difficult, war-orientated time, humanity wasn’t lost. A young man walking by a child in need during one of the most horrific points in London’s history, and saving him? And then the horrors of war taking the hero’s life?”.

“The family of the saved child then visiting the war grave of the casualty to say thank you, to pay their respects and ensure that this hero is always remembered? To me, that is just both heart-warming and heart-wrenching. Stories like this make me love my job.”