The Battle of Singapore 80 years on

The 8th to 15th of February marks eighty years since the battle and fall of Singapore during World War Two, as Japanese forces took control of the British stronghold. Now it’s hard to imagine what it would have been like, but archive photographs provide us with some insight including the construction of CWGC’s Singapore Memorial and Kranji War Cemetery to commemorate the fallen, after the war was over. 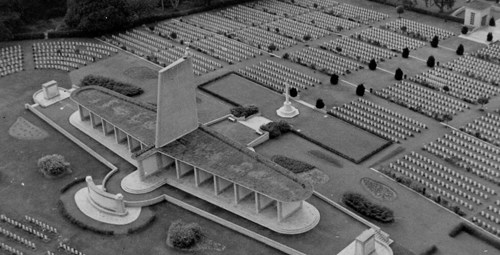 What happened in the Battle of Singapore?

On 8 December 1941, Japanese units invaded northern Malaya (modern day Malaysia) and southern Thailand, with the ultimate aim of taking the important British base of Singapore. Commonwealth forces were ill-equipped to prevent the advance and Japanese troops moved swiftly through Malaya by land, through the jungle, and by seaborne landings. On 11 January 1942, Kuala Lumpur fell to the Japanese. By the end of the month, Commonwealth forces withdrew to the island of Singapore.

Why did the Allies lose the Battle of Singapore?

The British colony of Singapore was a strategically vital base for command of the sea and was intended to support the defence of India and Australia. It was intended to be a fortress, but its fixed defences had been designed mainly to guard against attack from the sea with ship-piercing shells which were ineffective against infantry. Many of those protecting the island in February 1942 had taken part in the demoralising retreat across Malaya. Units were under-strength or inadequately trained, with limited equipment and air cover. 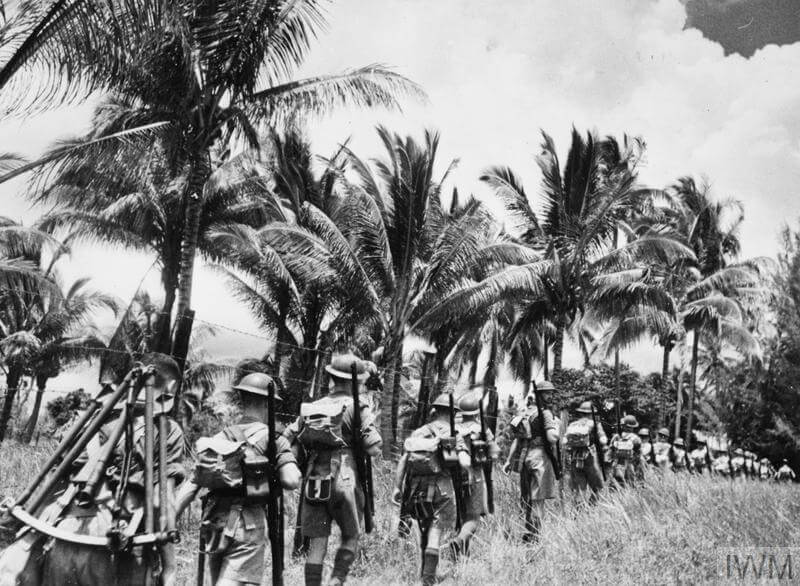 Commonwealth troops on exercise in Malaya in 1941 before war came. IWM KF 378B 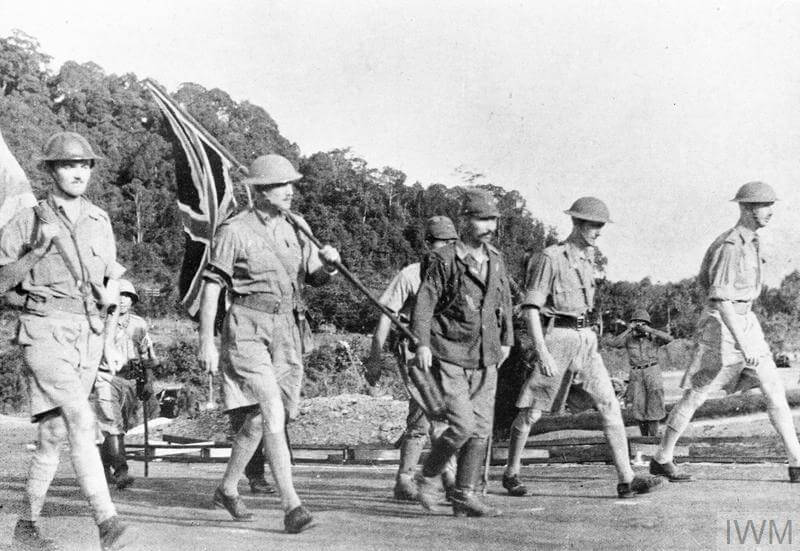 Who won the Battle of Singapore 1942?

Under the cover of darkness on 8 February, Japanese units began to land on the beaches near Kranji. After several days of fierce fighting, on 15 February 1942 the Singapore garrison surrendered and thousands of Australian, British and Indian troops were taken captive.

Who was to blame for the fall of Singapore?

There are a number of factors that led to the fall of Singapore despite the advantage in man power held by the Allies, some of the key examples are:

How long did the Battle of Singapore last?

The Japanese landed and secured a beachhead on 8 February 1942, and the battle lasted for seven days before the Commonwealth defenders surrendered on 15 February.

Discover some of the key moments in the Japanese invasion of Malaya and Singapore:

H3: What was the purpose of the Battle of Singapore?

The naval base at Singapore was a key part of the British strategy in the region. Its position meant that forces based there were well placed to support India and Australia, or to mount attacks on Japanese shipping in the region.

By taking Singapore, the Japanese had deprived their enemy of a key part of their defences which, alongside the sinking of HMS Prince of Wales and HMS Repulse in December 1941, meant that Japan had almost complete naval superiority over the Indian and Pacific oceans. 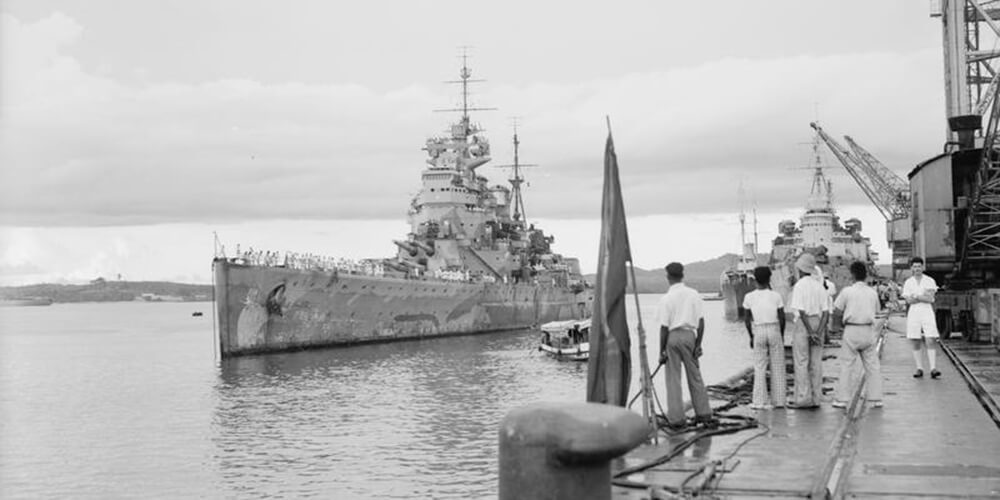 H3: Why was the Battle of Singapore important?

The battle and fall of Singapore was important for strategic reasons, but also for its effect on British morale.

Initially, it meant that Britain was without its strong naval presence in South East Asia, with her remaining fleet sent to the African coast. This gave Japan a huge opportunity to continue to increase her hold over the Malay Peninsular before moving onto other countries in the region, including Burma and a push towards India.

The fall of Singapore was also a black mark on Britain’s reputation. As a proud seafaring nation, the earlier sinking of the Prince of Wales and the Repulse, coupled with the loss of Singapore was a huge shock to the system.

Prime Minister Winston Churchill knew how important keeping Singapore would be to moral at home, instructing that “the battle must be fought to the bitter end” and that “the honour of the British Empire is at stake”.

Following the surrender, Churchill was despondent, calling it “the worst disaster and largest capitulation in British history”.

How many troops were involved in the Battle of Singapore?

The Allied defenders had around 85,000 troops of the Malaya Command to defend Singapore. These were predominantly made up of Commonwealth soldiers from the United Kingdom, Australia and India. Lieutenant General Arthur Percival was General Officer Commanding, and he reported to Field Marshal Archibald Percival Wavell who was supreme command for all Allied forces in South East Asia at the time of the battle.

The Japanese had 36,000 troops for the battle, under the command of General Tomoyuki Yamashita.

Was Singapore liberated by the Allies?

Initially, the Allies planned Operation Mailfist which was intended for the recapture of Singapore in 1945, however Japan surrendered before the operation could begin. Therefore, Singapore was liberated after the war’s end, with Operation Tiderace. Despite initial concerns that the Japanese force in Singapore would elect to fight on, General Itagaki Seishiro agreed to a peaceful surrender, which was formalised on 12 September 1945.

Battle of Singapore casualties and memorials

The loss of Singapore sent shockwaves across the British Empire. Japanese forces had advanced around 600 miles in only 54 days, with fewer than 50,000 casualties. British, Australian, Indian and other Commonwealth forces suffered more than 138,000 casualties, of whom more than 130,000 were prisoners of war. 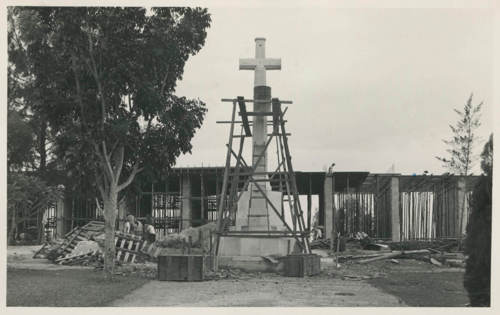 The Singapore Memorial under construction

The first servicemen buried in what is now Kranji War Cemetery were prisoners of war, laid to rest by their comrades from a POW camp nearby. They buried them close together in formal rows in part of an old rubber plantation. After the war, it had been hoped that Changi could be used as the location for CWGC’s principal cemetery in the country, however, the land was needed to expand the airport. So instead, Kranji was chosen and plans made for a large, beautiful cemetery and striking memorial.

From the air, you can see how the previously empty site was transformed by architect Colin St Clair Oakes and his team into an impressive site of commemoration for the war dead.

Aerial view of Kranji War Cemetery early in the work and a satellite image of the cemetery today.

Today, CWGC’s Kranji War Cemetery contains the graves of more than 4,400 Commonwealth service personnel who fought during the Battle of Singapore and other battles during World War Two or who died as prisoners in the hands of their captors.

But it’s our Singapore Memorial which sits atop the head of the slope in the cemetery, overlooking the entire site with views across the Straits of Johor where Japanese troops crossed on 8 February 1942. The names of more than 24,000 servicemen and women who have no known grave are engraved on its panels. If you look carefully, you might be able to pick out how the design was conceived to pay homage to all three of the fighting services.

Archive image of the Singapore Memorial and a modern day image.

Flying Officer Patrick Bedell of the Royal Air Force Volunteer Reserve is just one individual commemorated on the memorial. His Catalina aircraft had been patrolling the skies off the coast when they spotted the Japanese seaborne invasion force heading for Malaya. Before they could radio a warning to base, they were shot down. Bedell left behind his wife and their baby who had been born just six days before.

Archive footage of Kranji War Cemetery and the Singapore Memorial

In 1972 the Queen visited the war cemetery and memorial to pay her respects to the fallen. 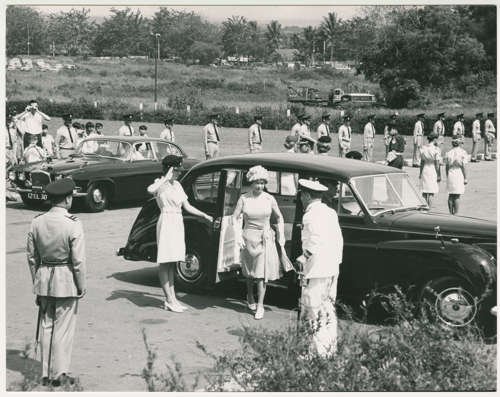 Today the land surrounding the cemetery and memorial has been transformed as the world has evolved around this site of remembrance. But still, people come from across the world every year to visit Kranji War Cemetery and the Singapore Memorial to pay their respects.

Discover more about the men and women commemorated on the Singapore Memorial and in Kranji War Cemetery.