Why are there Chelsea Pensioners buried at Brookwood?

Each visit to Brookwood Military Cemetery uncovers a different story. When you explore the cemetery, you’ll see different sections for different nationalities and for different wars. Here we tell the story of the Chelsea Pensioner plot hidden amongst the trees at Brookwood. 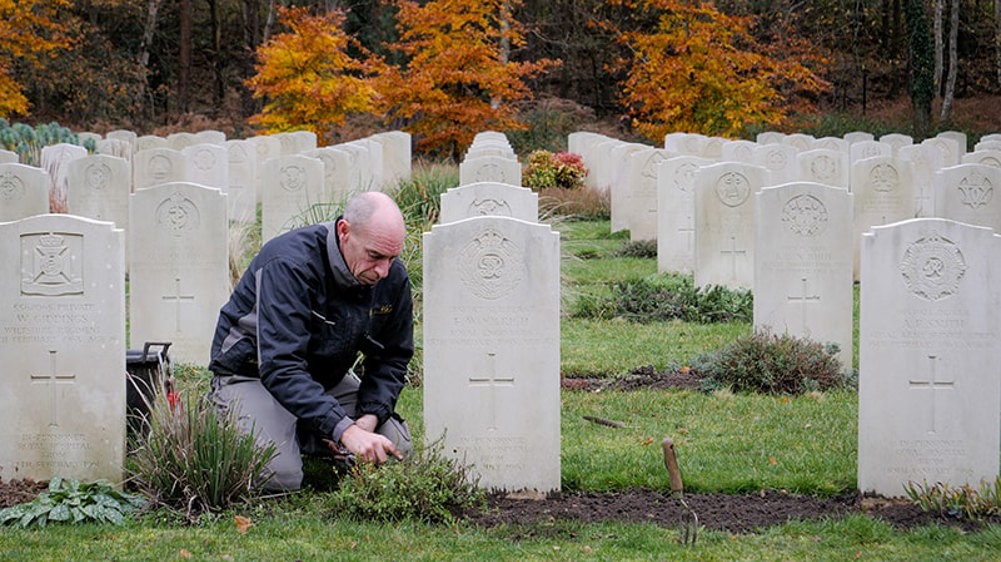 Take a walk through Brookwood Military Cemetery and you’ll pass the headstones and memorials which commemorate the men and women of the Commonwealth, through the extensive American section, to plots containing the war dead of countries like Italy, Poland, France and Germany.

If you walk from the 1939-1945 Memorial near the entrance of the cemetery, past the maple trees standing sentinel in the Canadian section, and up to the Cross of Sacrifice that stands at the top of the plot, you’ll see a small footpath cutting through the trees. Take it, and you’ll emerge in a small, enclosed area where rows of headstones stand in peaceful silence. Here lie the veterans of the Royal Hospital Chelsea, the Chelsea Pensioners.

The Royal Hospital Chelsea is not a hospital by today’s definition, instead it began life in 1681 when King Charles II requested means of providing for soldiers who had been “broken by age or war”. Inspired by the Hôtel National des Invalides in Paris, the aim was to create a “hospital for the relief of such land soldiers as are, or shall be, old, lame, or infirm in ye service of the crowne".

Sir Christopher Wren, the famed architect of St. Paul’s Cathedral, was commissioned to establish the hospital on the site of the former ‘Chelsey College’ and thus the Royal Hospital Chelsea was created. Now, over 300 years later, it remains, giving former members of the armed forces a chance of care, comfort and community.

The Pensioners that died whilst living there were buried on the Old Burial Ground within the hospital’s estate, but by 1854 this area had reached capacity, and an alternative arrangement was required.

From 1855 through to 1893, Pensioners were buried at Brompton Cemetery, nearby to the Royal Hospital. The cemetery was subject to much outcry after falling into a state of neglect. As one concerned member of the public wrote to the Morning Post, “it would be much to the advantage and health of the neighbourhood if it were closed altogether as it now contains over fifty thousand bodies”.

The consternation over the state of the cemetery, and particularly for the Chelsea Pensioners buried there, lead to concerted efforts to improve the cemetery grounds. However, with the cemetery close to capacity, a new site had to be found.

The issues facing Brompton were part of a larger issue of the time: London was running out of space to bury its dead. To solve this problem, the London Necropolis Company proposed the use of large areas of unused land outside of the city itself as burial grounds. 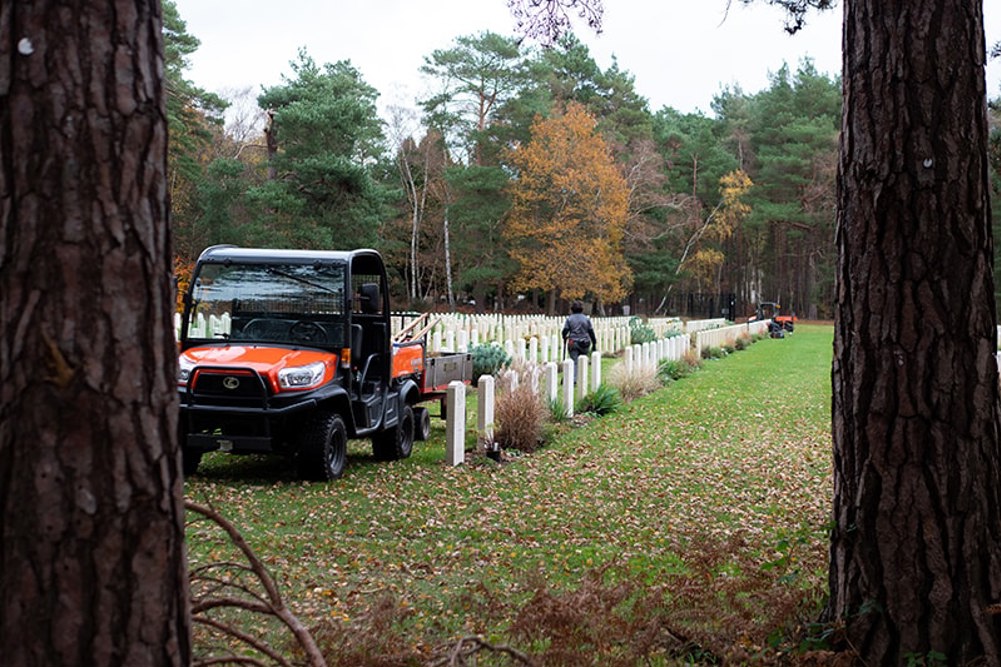 A 2,200 acre site close to Woking was chosen and so Brookwood Cemetery was formed. This new cemetery was given direct rail access, known as the London Necropolis Railway, to allow the large-scale movement of bodies and family members wishing to attend funerals. The cemetery was divided into plots, including one for the Royal Hospital Chelsea, where the first of the Chelsea Pensioners was buried in 1894.

In 1917 part of Brookwood Cemetery was set aside for the burial of men and women of the forces of the Commonwealth and Americans who had died, many of battle wounds, in the London district. This formed the Brookwood Military Cemetery which was further extended to accommodate Commonwealth casualties of the Second World War. 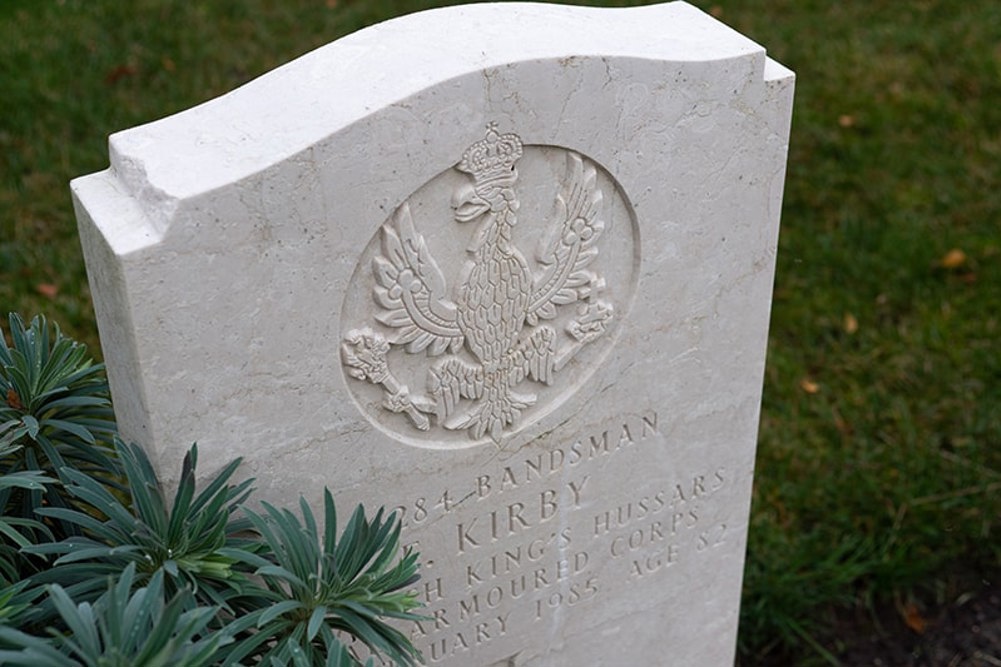 Burials of Chelsea Pensioners continued well into the 20th Century, until, on 17 February 1953, Edward Short, MP for Newcastle upon Tyne and himself a veteran of the Second World War, stood in the House of Commons to question the conditions of the Pensioners buried in Brookwood Cemetery:

“Is it not a shocking disgrace that these fine old Pensioners should have their graves marked only by a peg in the ground with a number attached to it, especially as there are a short distance away neat, well-kept graves of Poles and Czechs tended by the Imperial War Graves Commission? Will the hon. Gentleman have the graves transferred to the Imperial War Graves Commission?” 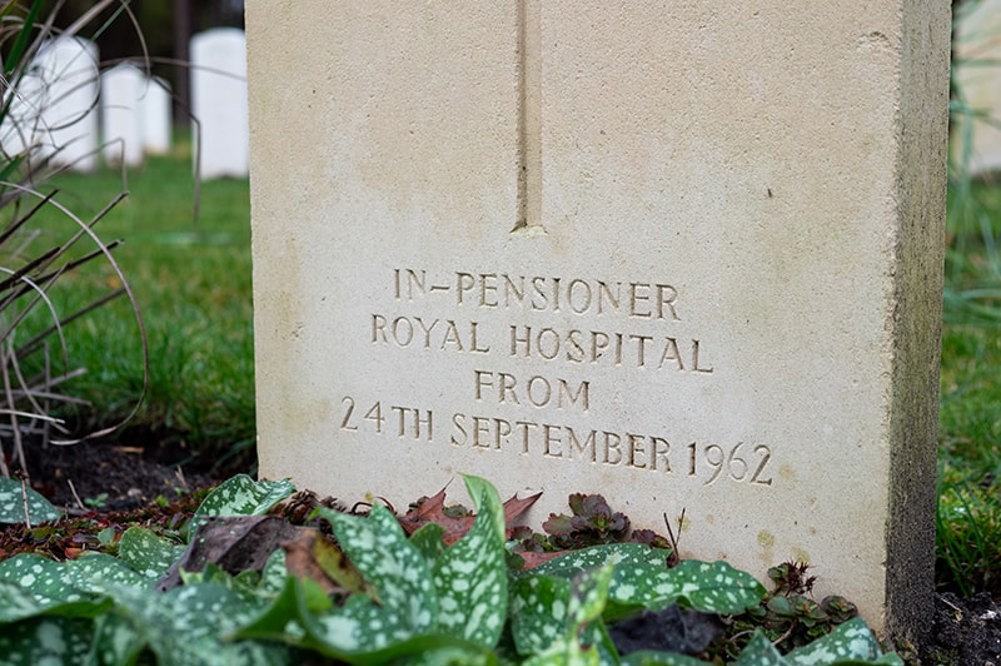 Mr James Hutchison, MP for Glasgow Scotstoun, stated that while there was a memorial to the Chelsea Pensioners, cost and upkeep of individual headstones could run to £10 to £12 each, saying: “The funds of Chelsea Hospital are not excessive, and we believe it is better to expend them on the living.”

Mr George Wigg, MP for Dudley replied: “Does the hon. Gentleman realise that the Government are making money out of the Chelsea Pensioners? Before a man becomes an inmate of the Royal Hospital he has to surrender his pension. Would it not be only decent to give back some of that money in order to erect at least a headstone?”

With this, James Hutchinson agreed to investigate the matter, beginning the process that saw the continued care of the graves of the Chelsea Pensioners placed in the hands of the Imperial War Graves Commission.

The Commission obtained Burial Rights on 3rd October 1961 for the Royal Hospital Burial Ground for the Chelsea Pensioners at Brookwood. The section adjacent to the Canadian section in the military cemetery was begun in 1962 and contains close to 1000 Chelsea Pensioners. Any visit to Brookwood is not complete without taking a moment to visit the Pensioners buried as they lived, among friends and comrades. 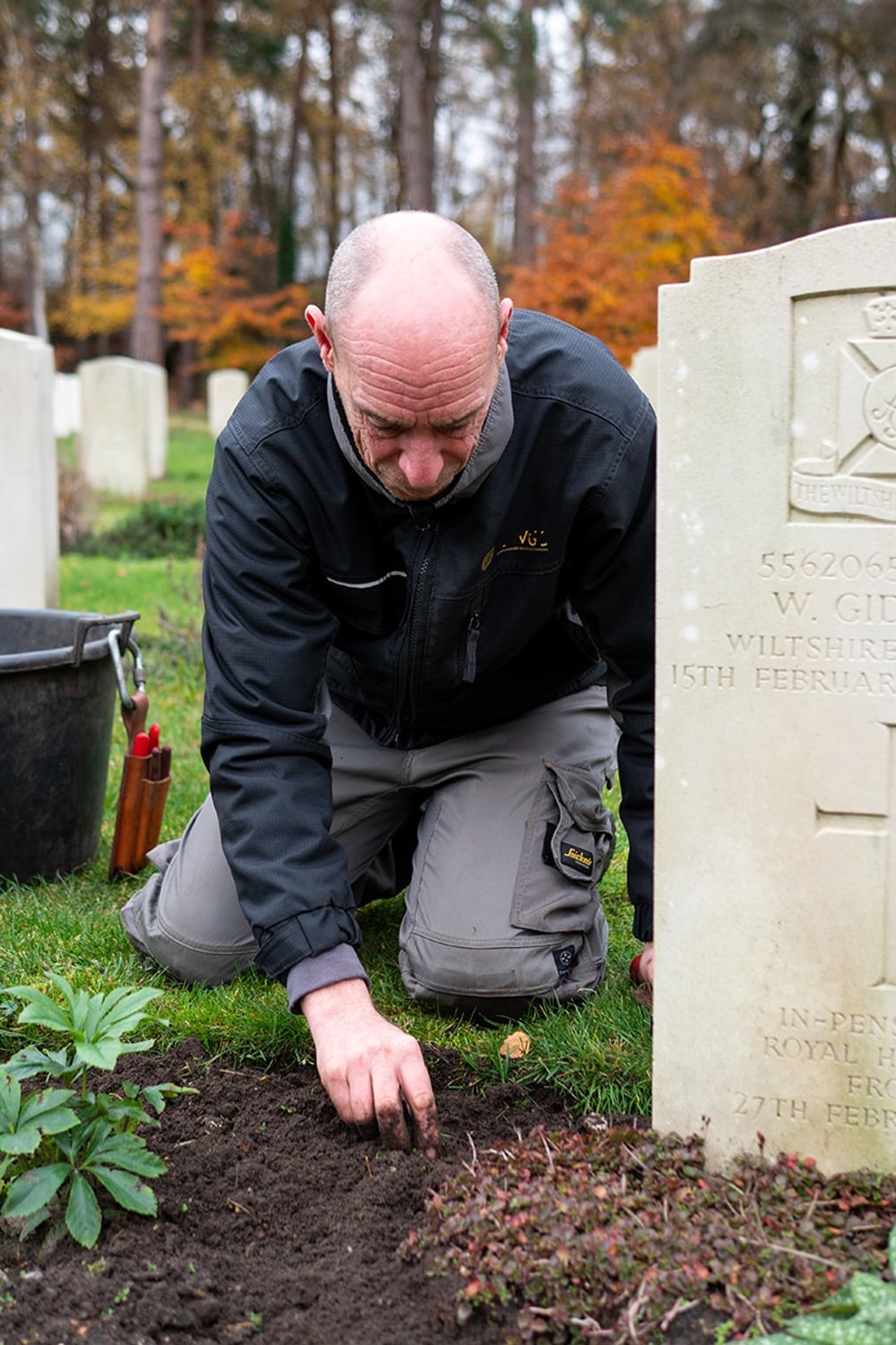