Burial services for 13 unknown soldiers who lost their lives during World War One were held this week. The services all took place in the Somme and Pas de Calais regions of France between 21 and 23 September.

These were the first burial services organised by the MOD’s Joint Casualty and Compassionate Centre (JCCC) since the beginning of the Covid-19 pandemic. The JCCC Commemorations Team, also known as the ‘MOD War Detectives’ due to the fascinating work they undertake in attempt to identify the remains of British soldiers, adhered with local restrictions and UK government guidance.

Despite extensive research carried out by the JCCC, none of the 13 men could be identified. They were buried as unknown soldiers of unknown regiments except for two who were known to have belonged to The Devonshire Regiment and The Suffolk Regiment.

The services were attended by representatives of The Rifles and The Royal Anglian Regiment to which those regiments were antecedent.

“It has been an honour to work with the CWGC, The Rifles and The Royal Anglian Regiment to put together this programme of services.

“It has been a challenging time for the JCCC with ceremonies put on hold due to the pandemic. We are very pleased to now be in a position to travel back over to Europe and ensure that these men are given the burial services they deserve.”

“It is both humbling and a privilege to take the services of our fallen comrades remembering that whilst we may not know their names they are known by God. It is particularly poignant to know that one of the soldiers was a member of the Devonshire Regiment, an antecedent Regiment to The Rifles with whom I serve. Riflemen still wear the Croix de Guerre an honour awarded to the Devons following a gallant stand in 1918. As we remember each of these soldiers before God we give thanks for their lives, their service and remember their sacrifice with gratitude.”

The remains of the Devonshire Regiment soldier were found in 2018 during the construction of wind turbines near Ginchy, on the Somme. The soldier is believed to have been killed in early September 1916 when 1st, 8th and 9th Battalions of the regiment took part in the fighting around the village. However, there are still too many casualties of the regiment missing from during that period to allow for identification.

The remains of The Suffolk Regiment soldier were found at Wancourt, near Arras, in 2019. He is believed to have been a member of 2nd Battalion The Suffolk Regiment who was killed on 28 September 1918 during the German Spring Offensive. 55 soldiers of the battalion are still missing from that day alone, meaning that it was not possible to make an identification.

The graves and headstones of all 13 soldiers were prepared by the CWGC who will now care for them in perpetuity.

“These 13 soldiers of the First World War, whose remains we recovered in France, now lie at rest alongside the comrades they fought and died with. While their identities may remain unknown they have been reburied with dignity and honour by the JCCC and we are thankful to see these poignant ceremonies return.” 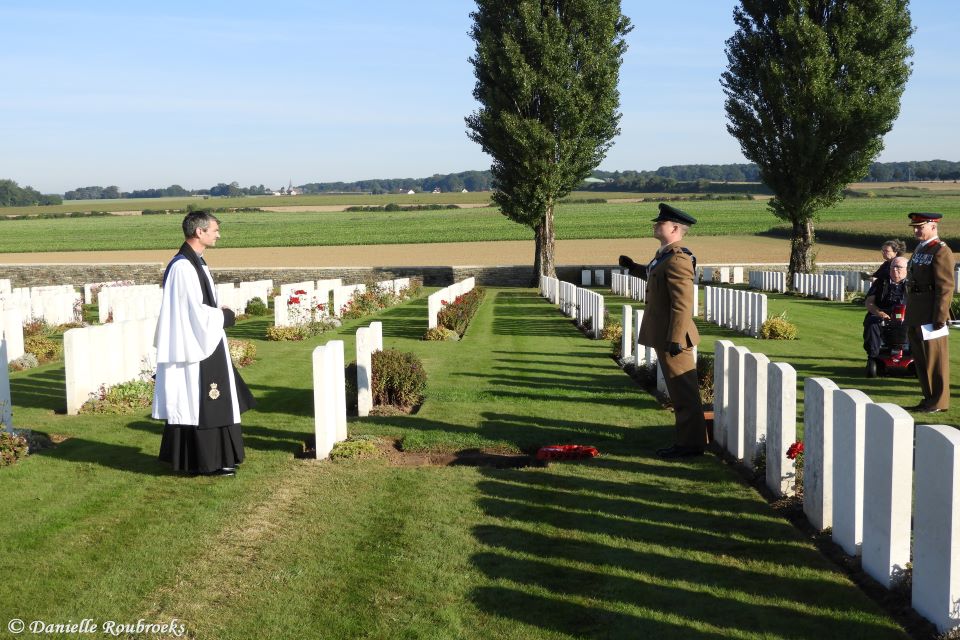 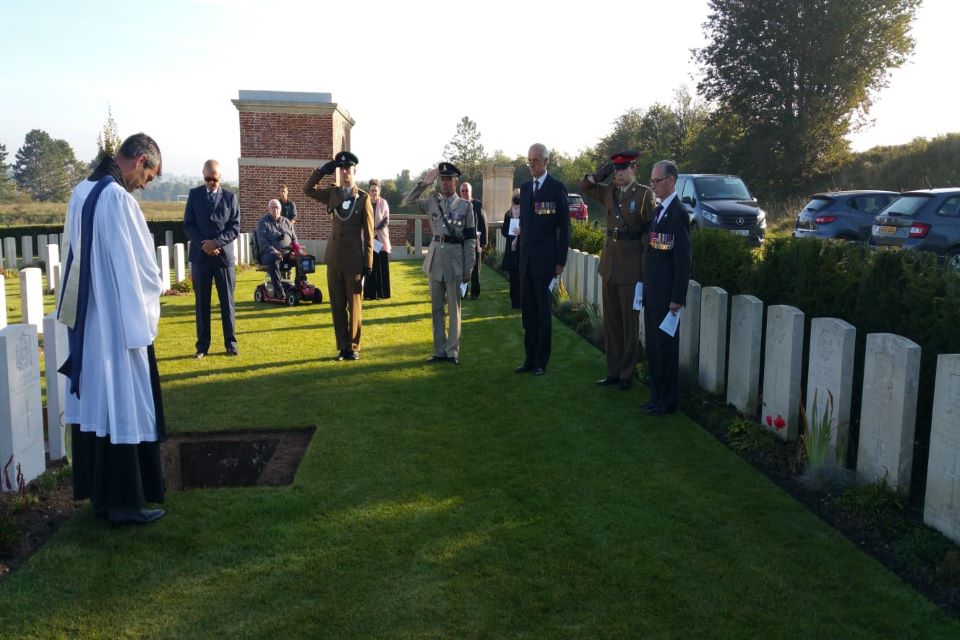 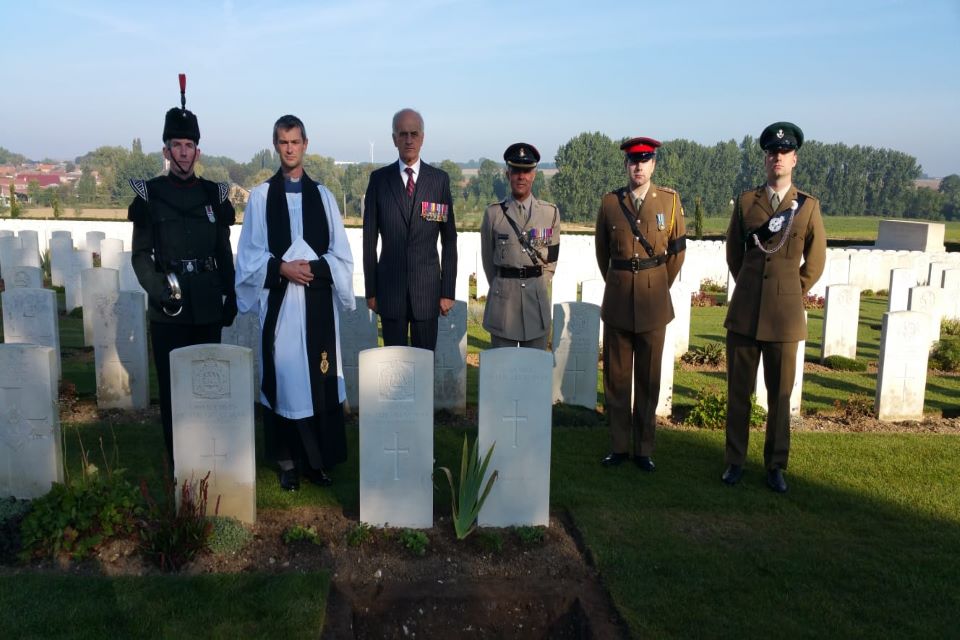