On 21 March 1918, the German Army launched its spring offensive with Operation Michael. Here are nine things you need to know about the attack. 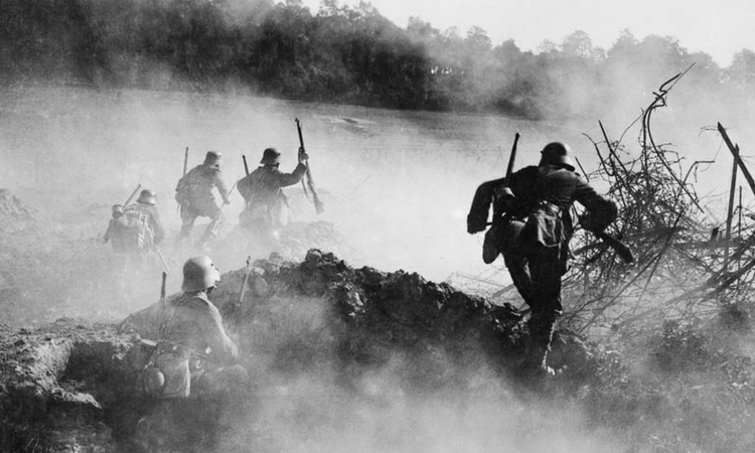 When the offensive began at 4.40am on 21 March 1918, the battlefield was blanketed in thick mist which covered the advance of German soldiers through no-man’s land.

The attack began with one of the most intense bombardments of the war thus far. More than 6,600 German artillery guns bombarded 46 miles of British front for five hours, firing more than 3.5 million shells.

The British were heavily outnumbered at first ─ 65 German divisions took part in the initial attacks against just 26 British divisions.

On 21 March 1918 British casualties numbered 38,500, including almost 21,000 soldiers taken prisoner. It was the second worst day for the British Army during the First World War, surpassed only by the number of casualties on the first day of the Battle of the Somme.

The offensive lasted only 16 days. The Germans took 1,200 square miles of ground and captured several important French towns including Bapaume, Albert and Pèronne.

The Commission commemorates almost 37,000 service personnel who died in France during Operation Michael. More than 23,000 have no known grave and are commemorated on CWGC memorials to the missing.

This was only the first German offensive of spring 1918 – on 9 April the Germans launched Operation Georgette, which fell on the British lines to the south of the Belgian town of Ypres.