The Battle of Cambrai is renowned for being an example of the first large scale use of tanks in warfare. Taking place in France during World War One, the Battle resulted in over 12,000 British and Commonwealth casualties whose lives are commemorated by the CWGC.

Learn more about the Battle by reading our Battle of Cambrai 1917 facts... 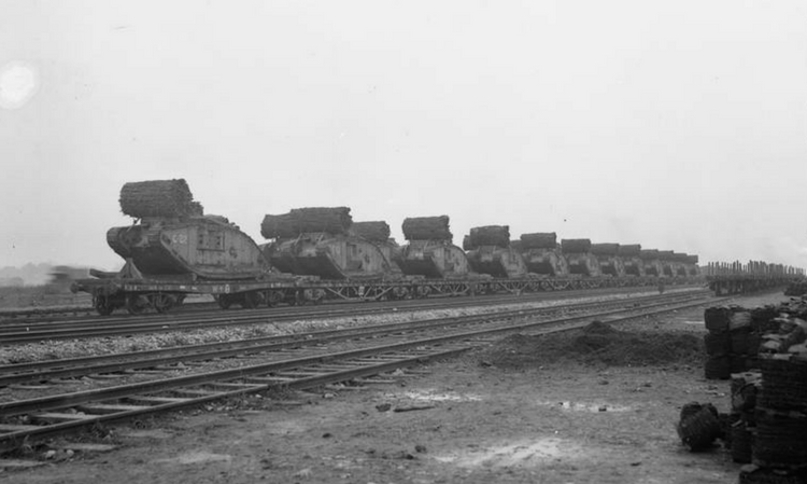 Discover some fascinating insights into the Battle of Cambrai...

When Did the Battle of CambraI Start and End?

Where Was the Battle of Cambrai?

The Battle took place in Cambrai in Northern France. The town of Cambrai is approximately 32 kilometres southeast of Arras on the main road to Le Cateau. The area was deemed an appropriate place to utilise the tanks without alerting the enemy.

Why Did the Battle of Cambrai Happen?

The plan for the Battle was conceived in an effort to capture the St Quentin Canal which was part of the German-held Hindenburg Line that spanned 40 kilometres from Cambrai to Le Fere. The idea was to capture Cambrai in a surprise attack using tanks.

Who Fought in the Battle of Cambrai?

The Battle was fought against the British Army and German forces. Units from across Great Britain and the Empire: from Yorkshire and Scotland to Newfoundland and India took part and the Chinese Labour Corps played a vital supporting role to the British Tank Corps maintaining the machines.

The operation was carried out by General Sir Julian Byng.

Discover the lesser-known stories of the Battle of Cambrai.

What Weapons Were Used in the Battle of Cambrai?

Almost 500 tanks, 1,000 guns, eight infantry and five cavalry divisions were employed in the Battle of Cambria.

For the attack, the British forces utilised the largest number of tanks yet assembled. British Mark IV tanks armed with machine guns were transported to the front line via railway.

What Happened in the Battle of Cambrai?

The British forces took their positions under the cover of night on 20 November 1917. The tanks successfully pushed through German defences and took over 7,000 prisoners. However, the offence was halted due to bad weather and a lack of reinforcements.

On 30 November, the German Second Army commenced a counter-attack and by 5 December, the British had been driven back. By 6 December the Battle ceased with both sides exhausted.

Inclement weather had some negative impact on the operation. Part of the reason the initial attack was planned for night time was due to cloudy weather during the day. Bad weather also prevented the servicemen from taking advantage of their initial breakthrough, halting their advance.

Who Won the Battle of Cambrai?

Despite their initial success, the British forces did not achieve their aim of capturing the German-held area. Final casualties were equal on both sides.

At the close of the Battle, more than 80,000 servicemen from both sides were wounded, missing or killed.

How Many British Soldiers Died in the Battle of Cambrai?

Over 12,000 British and Commonwealth servicemen died over the course of the Battle.

Search our war dead records to research more individuals who died in the First and Second World Wars.

Why Was the Battle of Cambrai Important?

The Battle stands out for demonstrating the value of using armed tanks on the Western Front.

The Cambrai Communal Cemetery is a large, mainly German burial ground of the 1914-1918 War. There are now over 70, 1939-45 war casualties commemorated on this site.

Cambrai East Military Cemetery was made by the Germans during their occupation and laid out with the greatest care, with monuments erected to the French, Commonwealth and German dead.

Learn more about CWGC war cemeteries and memorials by using our search tool.