The historic boundary walls of a Commonwealth War Graves Commission cemetery in Lebanon have been restored to their former glory.

The perimeter wall at Tripoli (Victoria) Naval Cemetery had fallen into disrepair and was in need of conservation to preserve this original feature of the cemetery – dating back to the 19th century, before CWGC’s work here began. 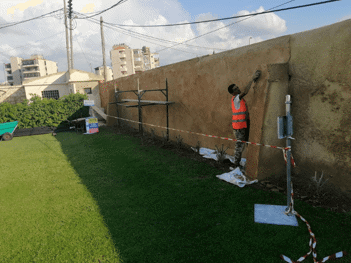 Worldwide we seek to retain each cemetery’s original character, and this was no exception.

A modern-day match had to first be found for the material used in the rendering. The regional team researched and settled on a traditional Lebanese lime plaster called Batroun, to best the replicate the original.

The same material is used by the Lebanese Ministry of Archaeology in its restoration work. 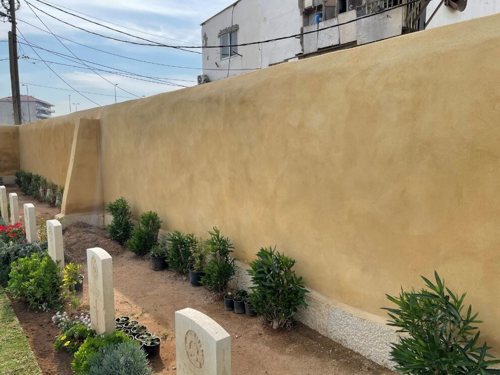 Once it had been applied the new rendering was coated with an olive oil treatment that makes the surface water-resistant to prolong its life.

Now restoration project is complete the site has returned to its original look and feel.

Tripoli (Victoria) Naval Cemetery was created in 1893 when two British ships, HMS Victoria and HMS Camperdown, collided off the coast the city.

CWGC took responsibility for the cemetery after the Second World War as it became the burial place for 87 Commonwealth soldiers and airmen who lost their lives during the 1941 campaign in Syria and the Lebanon.

There are also 12 Polish and Greek war graves within the cemetery, and 7 non-war naval burials.