CWGC Statement in relation to the Unremembered Documentary 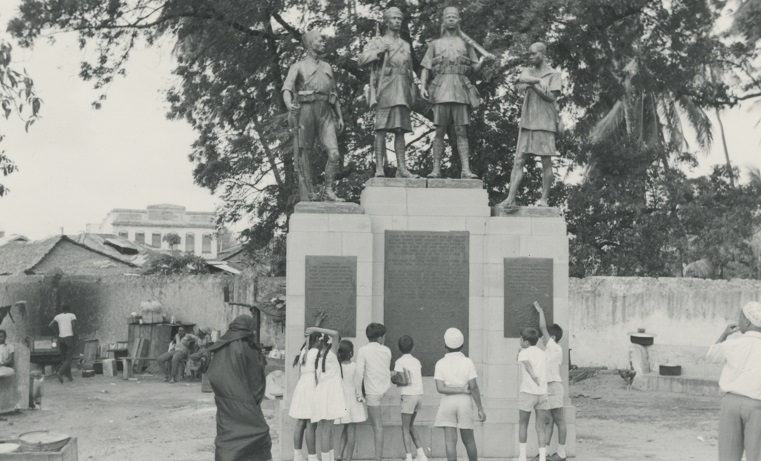 The CWGC has been saddened by media articles that ran yesterday in advance of a Channel Four documentary which claims ‘Britain dishonoured its African First World War dead’. The Commission’s involvement in the programme amounted only to one interview, the subject of which was obfuscated. Instead of engaging with us in a dialogue about their research, as we asked, the programme makers have refused to disclose their subject matter, their claims, their sources, or discuss the allegations off camera, or even to show the film to the CWGC ahead of its transmission.

The article by David Lammy in the Observer makes some assertions we’d dispute.  We have seen no documentary evidence that the claims about Voi cemetery are true; indeed our archives make no reference to African war graves in the town.  Antonny Kimani, the caretaker for our cemetery in Voi is not a historical authority – there’s nothing to suggest the area he indicated contained war graves, though of course it may have contained burials of some kind.  The CWGC’s archive offers open access for the public so the “clandestine research” referred to would simply not have been either necessary, or possible.  As has unfortunately happened in many places across the world, the cemetery at Pugu Road in Dar es Salaam was lost to development by the local authorities, but the names of those men now appear on the memorial wall at the nearby Upanga Road Cemetery.

The treatment of black people in the 1910s and 20s was a far cry from today, and it’s true that many African combatants and support workers who died during the First World War have no known graves.  Where the CWGC has their names, they are recorded on memorials, just like thousands of Europeans with no known graves, but sadly we have known since the 1920s that the names of the East African Carrier Corps lost in the conflict were never recorded or made available to the CWGC by the Colonial Governments.  The IWGC worked with Colonial authorities for ten years after the hostilities to find a way to do this and agreed eventually to create the much loved Askari memorials in Mombasa, Nairobi and Dar es Salaam.

Today, new additions to the list of war dead are agreed every day where omissions are discovered - there is nothing racist or selective about this.  Huge credit goes to the In From The Cold Project who have been working tirelessly since 2012 to find these names. Where we can, we rededicate the graves and care for them, and where no grave is known, the names are entered on a memorial.  Where it can, the CWGC today is working to keep cemeteries open and accessible, and to commemorate men and women previously forgotten.  Projects now well advanced include:

All these projects precede the production of this film and were covered in the unedited interview with David Lammy.  There are no names lurking in the CWGC archives awaiting commemoration, and no way now, 100 year on, the Commission can identify, or reclaim, alleged abandoned sites (which would almost certainly have contained the burials of both civilians and Carrier Corps).

As the Director General acknowledged when she met David Lammy, this is a sad situation. But whilst there’s no simple fix to the past, we will be considering the programme in the coming months and discussing what more can be done to highlight the contribution and sacrifice of so many.