Did you miss out on a chance to claim your free packet of the Commonwealth War Graves Foundation’s Wildflower Mix earlier this year? Now a limited number of packets are available from Hayter stockists at garden centres across the UK.

In the build up to War Graves Week, we want you to remember those who died in the world wars by creating your own wildflower memorial with a seed mix that echoes the wildflowers that grew on the battlefields of the Western Front after the First World War. 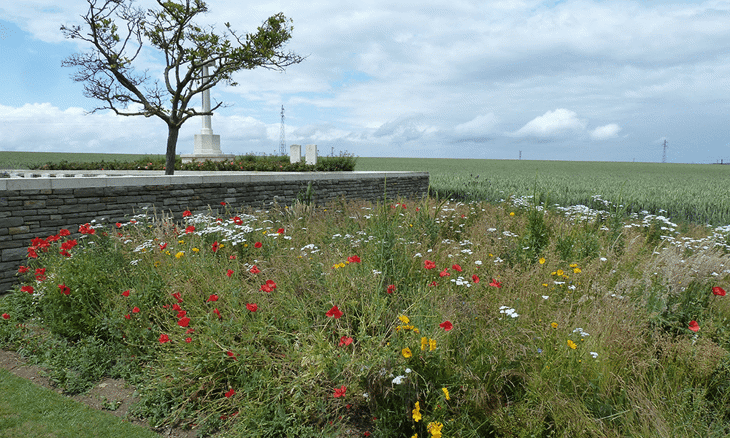 You can pick up these seeds at no cost, but we’d love for you to donate to the work of the Commonwealth War Graves Foundation. Your donation will help us to engage and educate people about our work.

Once you have picked up your free seed packets please do share this on social media by tagging in the CWGC and using #WarGravesWeek. Please also share your progress of planting and growing of the seeds and you could win a prize. Learn more about War Graves Week.

Plants and flowers are an important part of ensuring that the high standards our sites pay tribute to the men and women we commemorate. As such, we are one of the largest horticultural organisations in the world, employing more than 850 gardeners across the globe.

At the end of the First World War, some of the first gardeners the then Imperial War Graves Commission employed included former soldiers who took to caring for the land that they had spent the previous years living and fighting in.

Read more about the history of our early gardeners 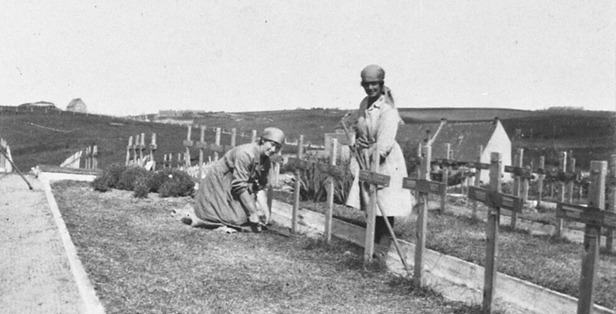 We also employed the women of the Women’s Army Auxiliary Corps as early as 1917. The first 14 WAACs arrived on the Western Front on 31 March 1917, and were tasked with sewing grass, planting trees and roses, and laying wreaths sent by families.

Read about the women gardeners of the First World War

This gardening expertise lives on in the CWGC with our teams tending to our sites around the world. Our teams create a peaceful atmosphere at each of our sites, and with our wildflower seed mix you can create your own corner of remembrance in your own garden.

Keep up to date with War Graves Week